Da'Vonne: Nicole’s lie is huge - globaltv
Your browser is not fully supported. We do our best to optimize our websites to the most current web browsers. Please try another browser. ×
IN PARTNERSHIP WITH

It is hard to not take things personally in the Big Brother house as often what is game and what is personal blends together and it is difficult for those playing to separate the two.

Da’Vonne, the latest Big Brother All-Star juror, admits she is finding it difficult to put the lie Nicole told her in perspective. The part of her that is a gamer and the part of her who is a human being are currently at war and neither side has the upper hand at the moment.

“Honestly, this lie is HUGE for many different reasons. When the vote happened I immediately went to Nicole and said…Hey, I don’t want to be seen on national television as a black woman bashing a black man so, game aside, just me and you talking, did you flip? I even gave her the excuse. I gave her a game excuse that she could have gave back to me. I said to her…Nicole are you afraid that Kevin and I were going to flip and you were going to be left out there by yourself and you didn’t want to risk your game so you flipped at the last minute? She would not tell me the truth. The player in me says she couldn’t tell you because of her alliance but then the person in me is but you gave her an excuse so she wouldn’t blow up her game and still could have been honest. I did have an opportunity to sleep on it but I am still struggling with it because she knew how important that was to me. I get she is playing this game. $500,000 is a lot of money but sis, you cashed your check so it wasn’t that big of a deal that you couldn’t have done me this one solid so I am struggling right now,” she explained.

Although Da’Vonne was able to move past her bad blood with Christmas, she hasn’t forgotten what happened in the house and why.

Da’Vonne Rogers: “That argument with Christmas had many layers. One, she was drunk. Two, she is a Da’Vonne fan. When she was arguing with me she was trying to poke at me. She was trying to provoke me because she wanted to see season 17 and season 18 Da’Vonne live, raw and uncut! I didn’t give it to her and that frustrated her because I walked away. I said…Girl, I am going to let you chill and I walked on away. I didn’t give her that. She tried to provoke Bayleigh. She was clapping in her face and doing all of that but Bayleigh didn’t give it to her either. She ended up looking like the fool, like THE fool. That is a night she is going to have to deal with.”

“Her as a person? She did apologize and had a conversation with me. She wants to be educated and took accountability. She said she did ignorant things in the house. She just wanted to have that moment to rectify the situation. I am going to give her that conversation. I hope that it worked but she’s got some things she needs to deal with but I was absolutely going to take a moment to educate her.” 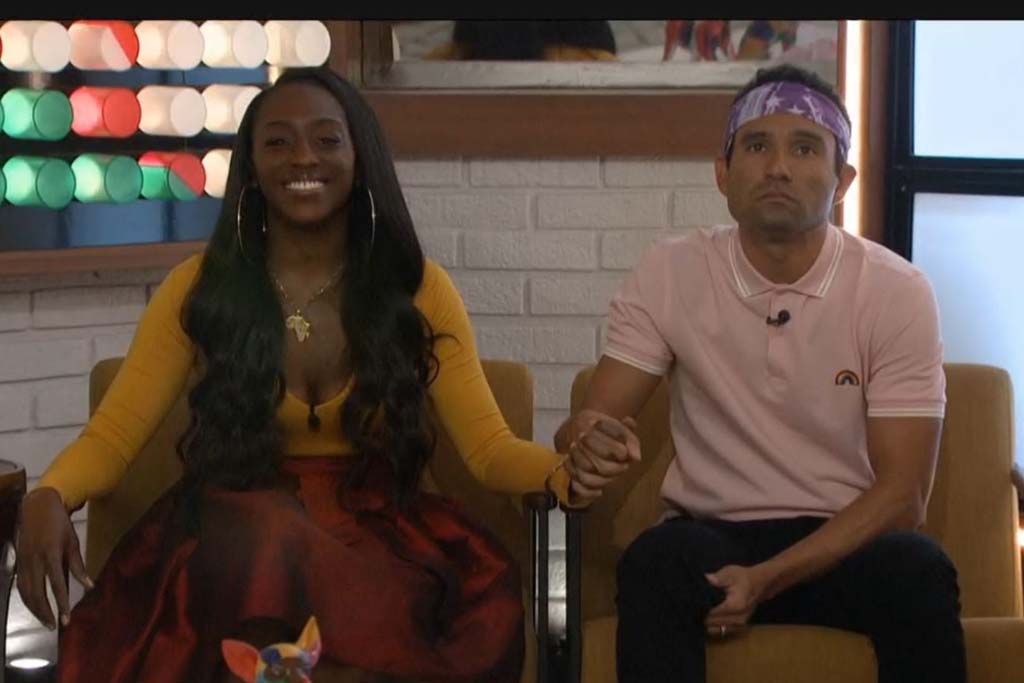 John Powell: Knowing what would happen and what eventually did happened to your game do you regret using the Power of Veto on Kevin?

Da’Vonne Rogers: “First of all, three seasons and this is my first competition win. If you thought I was just going to sit on this power, you are crazy! Plus, I felt it was time to shake-up the house. I keep feeling like there was one big alliance that is happening every week, after week, after week and I am not going to lie. In the first few weeks, I thought I was a member of that alliance. I found out quickly I was not. I just felt it was time to shake it up. It was time for the “underdogs” to make a move. I just got some power. I just lost Bayleigh. I am not going to leave Kevin up there to get slaughtered. No, you (Kevin) come on down and let’s strategize to see how we can get farther. So, no, I have no regrets about using my veto at all.”

John Powell: You had some loyal allies in the game. Why didn’t your alliance reach out pick up others or try to disrupt and break up that core alliance running the house?

Da’Vonne Rogers: “We couldn’t win anything! That was the downfall. We were not winning anything! We knew what was going on inside the house. We knew everyone who was attached except for Memphis. Memphis has caught me for a loop. I didn’t know he was attached to that group. Christmas? Yes. I didn’t know he was a part of the entire situation that was going on. I think we all had the right core people. We knew we had to break up those core people but none of us won HoH. We couldn’t get in power so that was the downfall for us. We never got into a position of power. That is why when I used my veto it was like…I can do something! It may not be much but it is something and if that vote went how it was supposed to we would have gotten Tyler out. That would have definitely been something. Shoulda, coulda, wouldas doesn’t really work though.”

John Powell: Who do you think has a chance to go far in the game? Who doesn’t?

Da’Vonne Rogers: “I am really rooting for Dani and David. Dani is in a really good position, however, she does have her hands in a lot of pots and I hope that doesn’t come back to bite her but if she plays this the right way Dani will definitely be in those final two seats, David, as well. At some point in this game, probably right now, it is going to get really ugly and really messy. People are going to start shooting at their alliance members. It is going to get out of control. I am hoping at that time David can kind of slide under the radar and he can make it to those final two chairs.”

“Who doesn’t have a shot? For whatever reason people think Cody is running things so people are trying to get him and Tyler on the block together. Well, the people on the outskirts. The people not in the big alliance. So, I guess just David and Kevin at this point (Laughs). I don’t know. I am terrified knowing this alliance is as big as it is and literally they are the only people left in the house. I am really afraid for Kevin. I think I might be seeing Kevin really soon unless he wins HoH.”