Big Brother’s Howie Gordon reflects on being an All-Star - globaltv
Your browser is not fully supported. We do our best to optimize our websites to the most current web browsers. Please try another browser. ×
IN PARTNERSHIP WITH

Big Brother fans will remember him as that cheerful, lovable, easy-going Jedi master on seasons six and seven. Although a lot has changed for the veteran meteorologist since his time in the Big Brother house, Howie Gordon admits that “Beefcake Howie” is still very much alive and well today.

“I would like to think (laughs) that I am much more mature compared to 14 and 15 years ago. I think I am the same person but I know when to tone it down or put the rev limiter on situations when back in the day I had zero boundaries and jumped right over fences symbolically in conversation or situations,” he told GlobalTV.com.

Howie currently resides in Anchorage, Alaska, where he has been the KTUU NBC meteorologist, weatherman for nearly five years. Since 2009 his big hobby is…well…”Bigfooting”.

“I go into the Pacific Northwest every year and search for Bigfoot evidence. I have seen him twice and have had numerous encounters. I was this close (fingers 1 centimetre apart) to getting on a couple of Bigfoot reality shows but they didn’t pan out for whatever reason,” he said.

Looking back, Howie’s time on Big Brother brings a smile to his face, although he admits his first time was his best time. 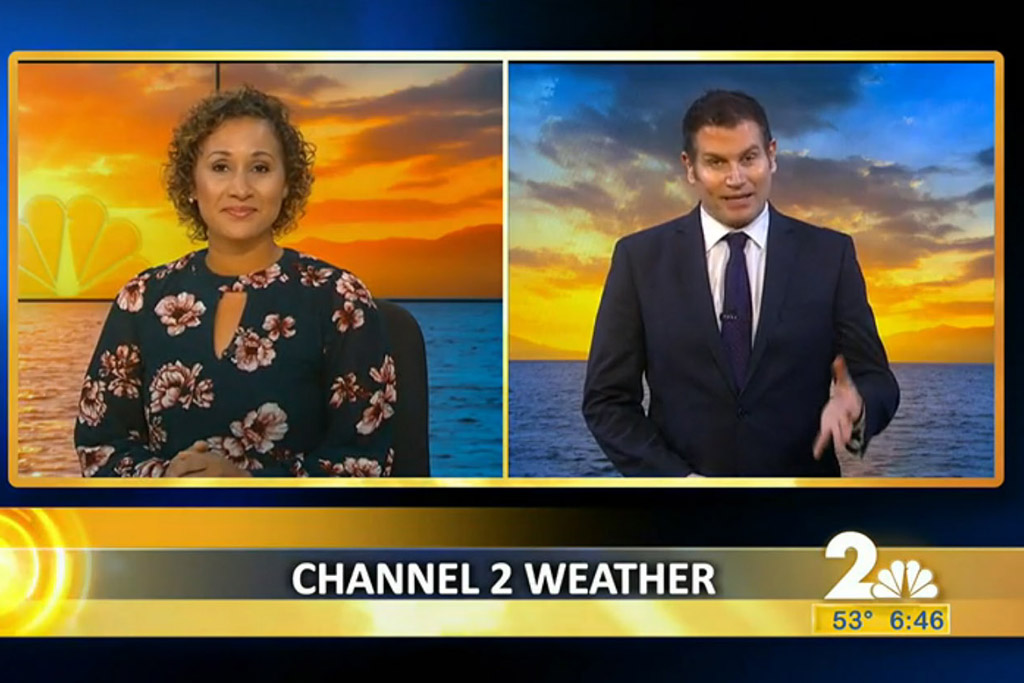 “My first season was so much more fun and a more surreal experience for me. I hadn’t been to California in a while so everything was so new. I was pretty successful on Big Brother 6. The next nine months leading up to All Stars I traveled, had paid gigs at weddings, birthday parties and other real fun events. So, as excited as I was to jump right back on Big Brother I really wasn’t physically or mentally ready. I was still decompressing from Big Brother 6 the summer before,” he admits.

One of Howie’s favourite moments on All-Stars was shaving the head of his friend and ‘Jedi Padawan’ Chicken George and watching the players take a blueberry bath in the veto competition in which houseguests had to make sacrifices in order to win the power. Chicken George beat Kaysar when he agreed to go on a slop diet for the rest of the season.

To this day, Howie cannot forget how much he hated slop and that he left before he would have liked to.

“I didn’t get to compete in as many PoVs compared to the year before. They were usually a lot of fun. Also, I pretty much was back-stabbed and sent packing a lot earlier on All-Stars. On Big Brother 6, I was a play or two away from getting to the end so Big Brother All-Stars just didn’t have the pizzazz that Big Brother 6 did for me,” said Howie who confesses to not having watched any Big Brother episodes or seasons before appearing on season six.

If he could go back in time Howie wouldn’t have nominated James and Sarah during his HoH as he believes that caused a ripple effect that hurt his game and that of the Sovereign Six. 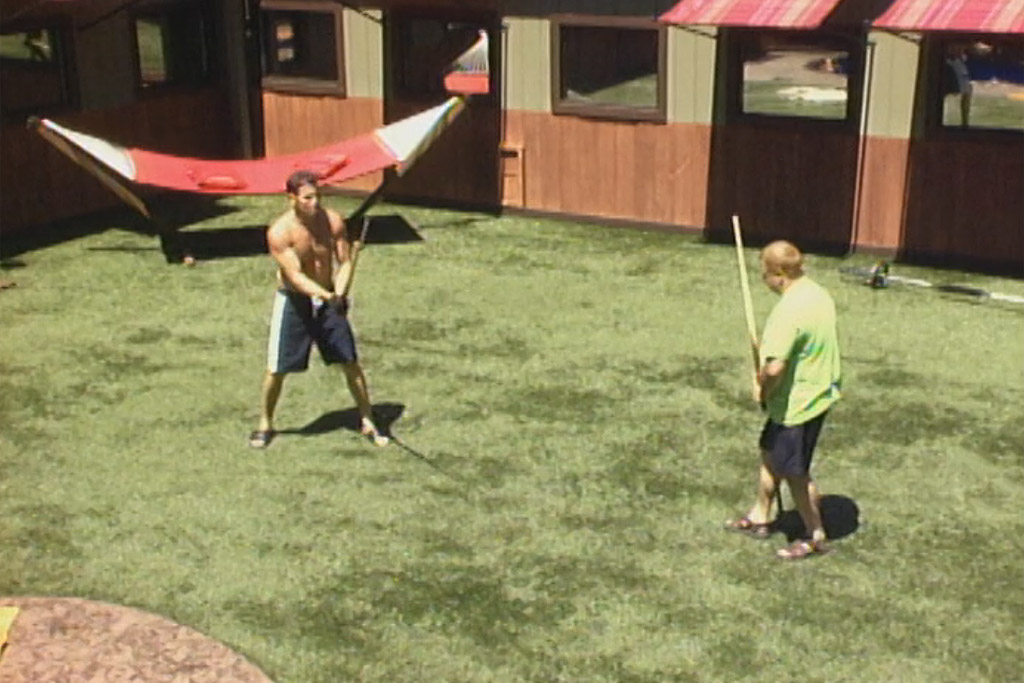 “James still teases me about not winning any vetoes while he holds about 25 of them. So, other than not wining first and foremost, I wish I had at least one veto in my trinket box,” he said about his Big Brother regrets.

For fans of the live feeds there was never a dull moment when it came to Howie. He was the joker, prankster of the Big Brother house. Some of his favourite moments though never made it to the show for a variety of reasons. One involved The Friendship protesting Janelle’s HoH victory.

“The Friendship Alliance went to production and they were arguing the victory. When the producers acknowledged everything was legal, I was by the front door with my hands up in the air like a football goal. I said… With further review, the play stands in regards to the HOH holding up its legality!” he laughed.

“A lot of things just simply weren’t right for over the air, free TV. Beau gave Kaysar, James and I haircuts with my trimmers. Let’s just say the trimmers were not only used to groom the hair on our heads. That was only realized after our haircuts. That trimmer was a popular EBay item that I sold after the show,” said Howie.

Things weren’t always smiles on season six. The rivalry between The Friendship and Sovereign Six was nasty, bitter and even vicious at times with ugly arguments, fights breaking out in the house. Howie earned his nickname ‘Hurricane’ during his heated confrontations with April Lewis. According to Howie, things are a lot different now.

“I am good friends with April now even after fighting on the show. We are like sisters. During some of my outbursts, I made up some funny songs that never aired. In retrospect, I am glad they didn’t as it wasn’t game-related then and there was no need to see me poking fun at someone who is a great friend now,” he said.

When he wasn’t targeting April, Howie spent a lot of his time practicing his Jedi skills in the backyard as he was a big Star Wars fan at the time. If memory serves this reporter correctly Howie even received a replica lightsabre as a gift while on the show. Howie also etched a place for himself in Big Brother history with his bogus guess for the Coup d’Etat riddle that he told the other houseguests to throw them off the track. From that day forward the phrase “spool of lies” has become synonymous with Big Brother. 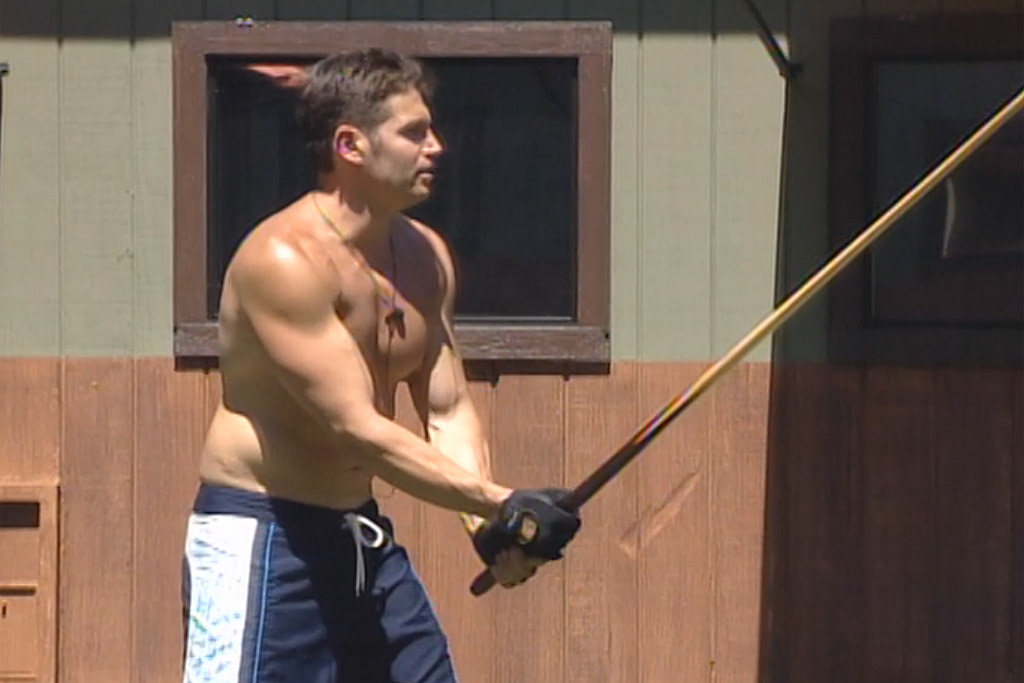 “People still talk about that to this day! Over the years some people still say that was one of the funniest things on All-Stars. I have continued with the ways of the Jedi and with my Bigfoot experiences as they are tangentially all tied together. So, just maybe one day I will unravel that “spool of lies” that really guided me down the wrong direction the rest of the All-Star season,” he laughed.

Howie learned a lot from his Big Brother experience on both a personal level and in moving ahead with his broadcasting career.

“It taught me to live with people and better understand that there are 31 flavors in life for a reason. I know to accept people for whom they are and if they like mustard then that is their choice. Believe it or not, Big Brother taught me discipline. I even started doing dishes in real life! (laughs) I think the reality TV experience hurt me at first when it came to on-air weather. It is just a different dynamic. I had to tone it down and slow down my talking for TV,” he said.

Howie hasn’t stopped watching the series he was such a big part of. He tunes in religiously to Big Brother as it is still one of his guilty pleasures. What advice does he have for those who want to be cast on the series? Most importantly be yourself and focus on wanting to win the game, money.

“When a coach picks a player for a football team he doesn’t pick 10 quarterbacks or 10 running backs. He needs lineman, receivers, blockers and everything else to build the team. So, if you are over-the-top, show it. If you are shy, they like that too so there are conflicts between houseguests due to the social experiment that is Big Brother. The dichotomy of Big Brother builds a team no different than a sports team to get the most out of its cast. Be the person that you are and say that you are there to WIN THE MONEY. Don’t say you want to be on TV and want to get exposure or be famous. Be you and be motivated to play the game and win it all. It also never hurts to check out my audition video,” Howie advised with a wink.

Another group of veteran players will be heading into the house tonight during the premiere of Big Brother All-Stars 2 on Global. Would Howie ever be tempted to return?

“I was asked to appear on Big Brother Canada during its fourth season. I had just started my first weather job in Joplin, Missouri, and I just couldn’t pack up and leave after trying so hard to break into the business. CBS also wanted me to go on Kevin Hart’s show last year but once again I am an on-air weatherman with a schedule. It is not out of the realm of possibility that if one day I was asked then I might return. I think I had my days, which were great ones, and CBS is going ahead with a new generation. If ever there were that chance though, then I would be one hell of a player after watching all of these years,” he promised.

Although he has moved on from that CBS soundstage in Studio City, Howie is grateful of the time he spent playing the game and making lifelong friends.

“I wouldn’t trade the Big Brother experience in for the world. It is such a rare and great opportunity that is right up there with seeing Bigfoot, SCUBA diving, being on TV as a weather guy and might just be at the top for an overall life experience,” he said.