Big Brother spoilers: Veto win baaad for some - globaltv
Your browser is not fully supported. We do our best to optimize our websites to the most current web browsers. Please try another browser. ×
IN PARTNERSHIP WITH

One of this week’s nominees has won their safety.

Nick was victorious in today’s Veto Competition which involved sheep in some way. The houseguests had to dress as farmers. Jack, who hosted the competition, wore a Little Bo-Peep outfit.

Head of Household Holly had nominated Nick and Sam for eviction.

“That was hard,” said Cliff of the competition on the live feeds.

“If I had to go against Holly in the first round, I would have lost,” admitted Nick as he filled up his water bottle in the kitchen.

Nick congratulated Sam, Tommy and Cliff for doing well too.

Jackson checked in with Holly who had been speaking with Kat about what to do when Nick takes himself off the block.

“What did she say?” asked Jackson quietly.

“She wants me to backdoor Nicole,” replied Holly. 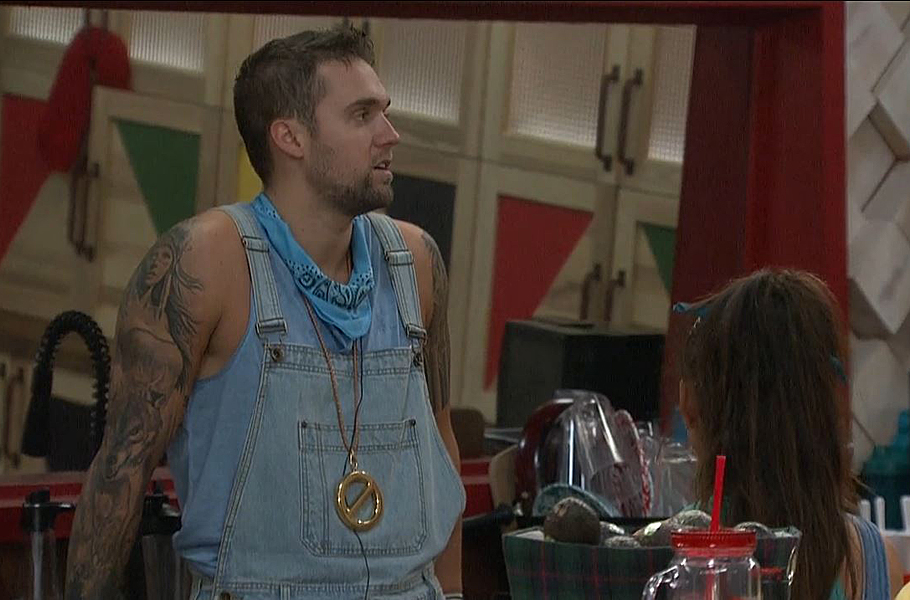 “There is no backdoor. Sam is going to go,” said Jackson.

The showmance evaluated their options some more as Jackson took a shower and Holly remained in the HoH bathroom.

“I am all for you putting up Nicole, that being said, we have to do some serious leg work with Nick and Sam,” said Jackson.

“I only want to put Nicole up if she was my target,” answered Holly.

“We can spin this so Sam thinks Nicole is the target and Nicole thinks Sam is the target,” Jackson suggested.