Big Brother spoilers: Target shifts at Veto Meeting - globaltv
Your browser is not fully supported. We do our best to optimize our websites to the most current web browsers. Please try another browser. ×
IN PARTNERSHIP WITH

A backdoor plan has been triggered in the Big Brother house.

Jackson used the Power of Veto to pull himself off the block. He is now safe and Bella is his replacement.

Either Jack or Bella will be voted out on Thursday’s live eviction show.

Cliff. the HoH, spoke with Bella in the Boat Room clarifying what happened at the Veto Meeting.

“I truly wanted to send Jack home and I think my game is really screwed now that he isn’t but it became obvious in the last 24 hours that she was going to use the power and that you were going to be put up,” Cliff informed Bella saying the vote is out of his hands now.

A ticked off and confused Sam came into the room joining the conversation.

“I just wanted Bella to know this was not a plan to backdoor her from the start. I truly wanted Jack out. If you can come up with the votes, I still want him gone,” Cliff said to Sam and Bella.

As HoH, Cliff promised to vote out Jack if there is a tie on eviction night.

“We don’t live in the real world. It doesn’t matter if people hate you for a minute. You are here to play a game. You have to build friendships as you have to learn how to trust people but you are here to win half a million dollars. You are not here to just make everyone happy and make friends,” grumbled Bella.

Bella’s chances of staying don’t look very good based on the mood of the house at present. 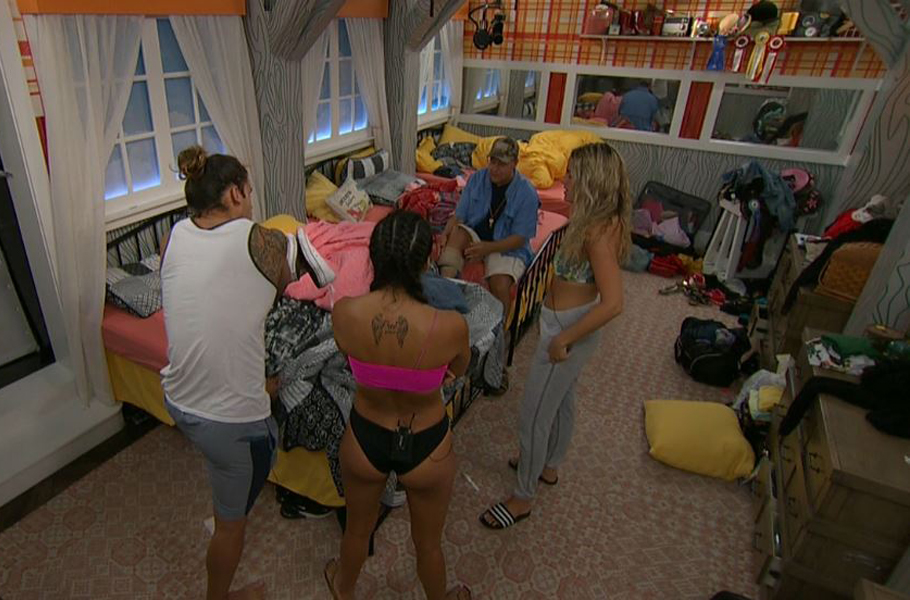 This morning before the Veto Meeting, Christie, Analyse, Jack and Cliff outlined their course of action.

“I cannot wait to just lay in the sun and get this over with,” Christie said of the upcoming meeting.

“I will make you that promise that I will use it on Bella,” promised Cliff.

“I know it doesn’t need to be said but you know me. I am not going to try do some last minute screw-you-over type job. I am making a promise and it is a promise,” Cliff vowed declaring that Bella was going to have a s—t fit when she is put on the block.