Big Brother Spoilers: Veto decision sets nervous house at ease - globaltv
Your browser is not fully supported. We do our best to optimize our websites to the most current web browsers. Please try another browser. ×
IN PARTNERSHIP WITH

A sense of calm swept over the paranoid Big Brother house today following the veto ceremony as the other houseguests soon realized they would not be the first evicted.

Enzo, the veto winner, did not use the power to change Cody’s nominations therefore either Kevin or Keesha are leaving this week.

Nicole Anthony and Ian picked each other’s brains in the Have-Not room as they prepared to enjoy the backyard which was opened up for the first time this season.

“Assuming there is not twists or turns or powers,” said Nicole.

“That is true but I feel we already had our twist. Two is kind of unlikely,” Ian speculated.

“I have a feeling which way it is going to go and I support that way,” he continued.

“Do you feel comfortable telling me which way? I am out of the loop,” asked Nicole.

“My fear is that Kevin is the target. That’s my concern as I like Kevin a lot,” Ian answered.

Downstairs, Christmas and Janelle were having the same conversation.

“What is the house doing?” asked Janelle.

“I have no clue,” said Christmas. Christmas is waiting to see what the house decides.

“I kinda want to see what they (Kevin and Keesha) have to say and I am not very familiar with their gameplay. I haven’t really talked game with anybody,” she said.

“Somebody is eventually going to have an opinion,” laughed Christmas.

“Who will be the first to say it though?” asked Janelle.

Cody had a brief chat with Kevin before the veto ceremony took place.

“Keep doing what you are doing. I think that is helping. It helps then when I say your name,” said Cody encouraging Kevin to keep campaigning the way he has been.

“Having someone like him is good because he talks to everybody,” said Cody. “I think you are going to be good. You are having good conversations with you. People feel good about you.” 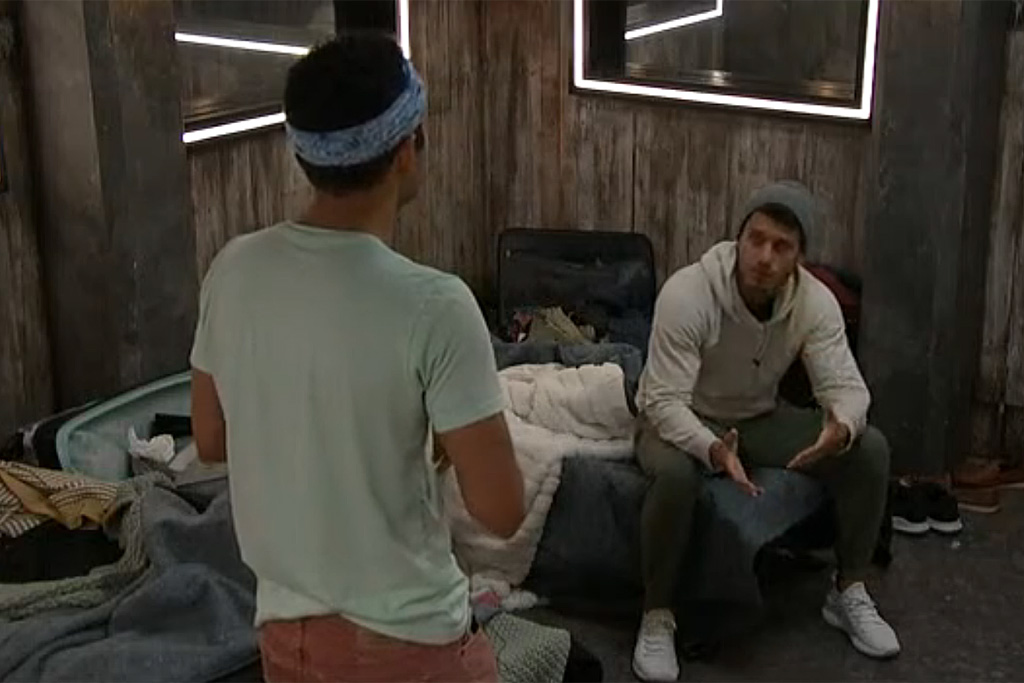 “I am going to be eternally in servitude,” said Kevin telling Cody he wants to work closely with him going forward.