Big Brother Spoilers: Triple Eviction fireworks shake up the All-Stars game - globaltv
Your browser is not fully supported. We do our best to optimize our websites to the most current web browsers. Please try another browser. ×
IN PARTNERSHIP WITH

And then there were just six.

On the live eviction show fans got three for the price of one as a trio of HouseGuests were ushered off to the jury house.

In regular, weekly house vote David was spared and Kevin was evicted unanimously.

“Great game everybody!” said Kevin as he left the house.

In the ‘All about Will’ HoH trivia competition it was Memphis who walked away with the win. Memphis nominated David and Nicole.

“We all knew this was coming,” said Memphis.

Christmas won the ‘Ice in your Veins’ Power of Veto which required the houseguests to walk a balance beam and complete a puzzle.

“You are my number one and sending me home isn’t good,” pleaded Nicole cornering Christmas after her win.

At the PoV meeting Christmas made her decision very clear.

“I am choosing not to use the video it is too turbulent a game right now,” said Christmas leaving Memphis’ nominations the same.

David was voted out 3-2. Christmas and Tyler were the votes for him to stay.

“I feel proud and vindicated,” said David about making it far this time around.

Tyler won the ‘It’s All About You’ Head of Household trivia competition, probably the most pivotal in the series thus far as it was only The Committee members left.

“I think you know I am not coming after you. I have said and proved it to you,” said Danielle to Tyler as she spoke to him before the nominations. 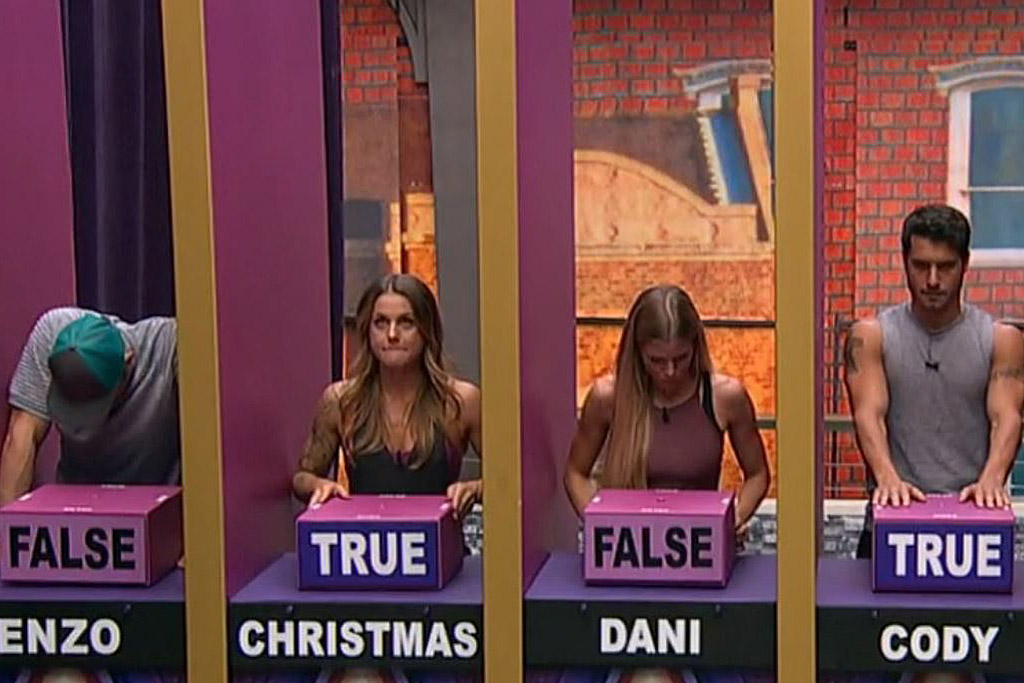 “I am not mad at you about it,” Nicole said to Tyler about his vote against her as she also met with him. Tyler apologized and claimed what he did was a mistake.

Tyler nominated Danielle and Nicole for eviction and went on to win the ‘Feet to the Fire’ Power of Veto competition. He left his nominations the same. Danielle was unanimously evicted.

“I thought my social game was good enough to keep me here but obviously it wasn’t,” Dani told Julie Chen Moonves in her exit interview.

Chen Moonves also confirmed that none of the evicted houseguests are returning to the game.