Big Brother Spoilers: The Leftovers begin to worry - globaltv
Your browser is not fully supported. We do our best to optimize our websites to the most current web browsers. Please try another browser. ×
IN PARTNERSHIP WITH

With the house divided in two so too is The Leftovers alliance. The alliance that has dominated the game for such a long time is now finally beginning to feel the pressure. Not knowing if the other side will continue to be loyal and fearing how the jury members will take being duped and manipulated, The Leftovers are feeling the heat.

Inside the Big Brochella house, Brittany elected not to use the Power of Veto leaving Michael’s nominations of Jasmine and Monte the same. The Big Brochella Leftovers have already determined that Jasmine is going home this week.

It is not known though what backyard Dyer Fest HoH and Power of Veto winner Terrance has decided to do since the feeds from the backyard were cut off by the producers due alleged fan interference, fans yelling information to the houseguests over the outside walls. 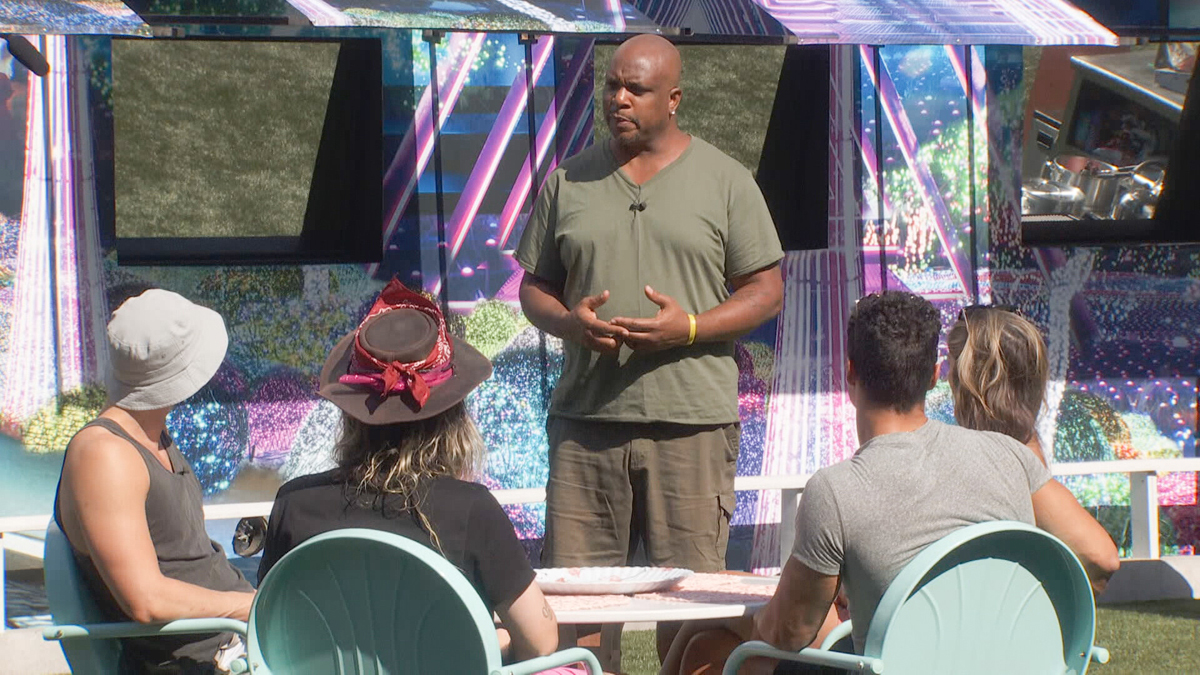 The last we saw of the Dyer Fest players Terrance had nominated Turner and Joseph while Kyle had revealed the entire Leftovers alliance to Terrance. Kyle was pushing for Joseph to be voted out and the rest Dyer Fest teaming up together.

At Brochella, Brittany and Michael discussed how to handle Jasmine’s upcoming eviction.

“With less people in the house I thought there would be more time to hang out but there has been less,” said Brittany to Michael in the HoH room.

“It is back to week one where nobody wants to leave anyone alone,” he laughed.

“Talk me off this ledge if I need to be talked down but Jasmine has been on her best behavior this week. Do you think she deserves a more straight-forward conversation of why she is going home?” Brittany asked.

“There is nobody she can run to and blow us (The Leftovers) up so I am okay with that,” said Michael.

“Just letting her know it was inevitable might be nice,” Brittany suggested.

“I wouldn’t be opposed to letting her know because she might be thinking…’Michael picked me first to send me home’. I might be up for being a bit more straight-forward. When she finds out she is going to realize she didn’t even have a chance,” said Michael.

Brittany told Michael she was worried about what might be going on at Dyer Fest.

“It is on them if they make the rogue move,” said Michael.

At the same time downstairs Monte and Taylor were batting around the idea of approaching Brittany with the idea of a sub-alliance within The Leftovers.

“You have to be blind not to see how well he (Michael) is doing. If you take him to the end and sit next to him, anyone would lose at this point unless one person starts winning everything,” said Monte.

“I think she is pretty rational but I don’t know how deep her connection is at this point with Michael where she would feel comfortable,” replied Taylor.

Monte wondered if Brittany would be open to teaming up with them.

“She knows the difference between the game and relationships. She just doesn’t want to be carried to the end,” said Taylor.