Big Brother Spoilers: The Leftovers Are Formed - globaltv
Your browser is not fully supported. We do our best to optimize our websites to the most current web browsers. Please try another browser. ×
IN PARTNERSHIP WITH

There are many alliances formed each season of Big Brother. Most of them don’t even last a week before they fall apart.

There just might be something though to the partnership that was formed during a meeting last night on the live feeds.

In the HoH room, Monte detailed to Turner how he and Joseph spoke to Taylor about the fact that she could end up staying this week as a new alliance is forming.

Monte said the other houseguests might be suspicious but that doesn’t bother him because the alliance would have the votes.

“Taylor is the final key because Michael and Brittany are head over heels about this now,” Monte continued.

“Taylor told me how she behaves in pageants is how she has been acting in here and she needs to tone that down,” he said. “I told her there is something going on with a group that doesn’t include me, Turner, Kyle, Joseph, Michael, Brittany and her. Her eyes started to light up.”

Monte said they need to all meet tonight to make this big move.

Kyle stated that Daniel and Nicole are playing an emotional game letting their dislike of Taylor blind them.

Joseph joined the conversation saying he couldn’t get Taylor away from Jasmine because Jasmine is talking to her incessantly. Joseph agreed with the group’s decision to target Ameerah, put her up in Michael’s place once Michael uses the veto on himself. Currently, Michael and Brittany are on the block.

“Brittany told me that Ameerah made her cry. She told her conflicting stories,” said Joseph who claims while Taylor is miscommunicating with others Ameerah is actually lying to people.

With the group impatient to bring their plan together Joseph went downstairs to get Taylor.

When a pleasantly surprised Taylor sat down in the HoH room she said she never meant to hurt anyone but it is up to Nicole and Daniel to speak to her in their own time about the issues they have with her.

“As far as game goes, I am open to anything that will keep me here and keep me here for awhile,” she said. Taylor is sure that she is at the bottom of any alliance she may be apart of, such as the girls.

Brittany and Michael completed the group gathering in the HoH and Monte made a point of telling Brittany and Taylor that they have been left out of the girls alliance. 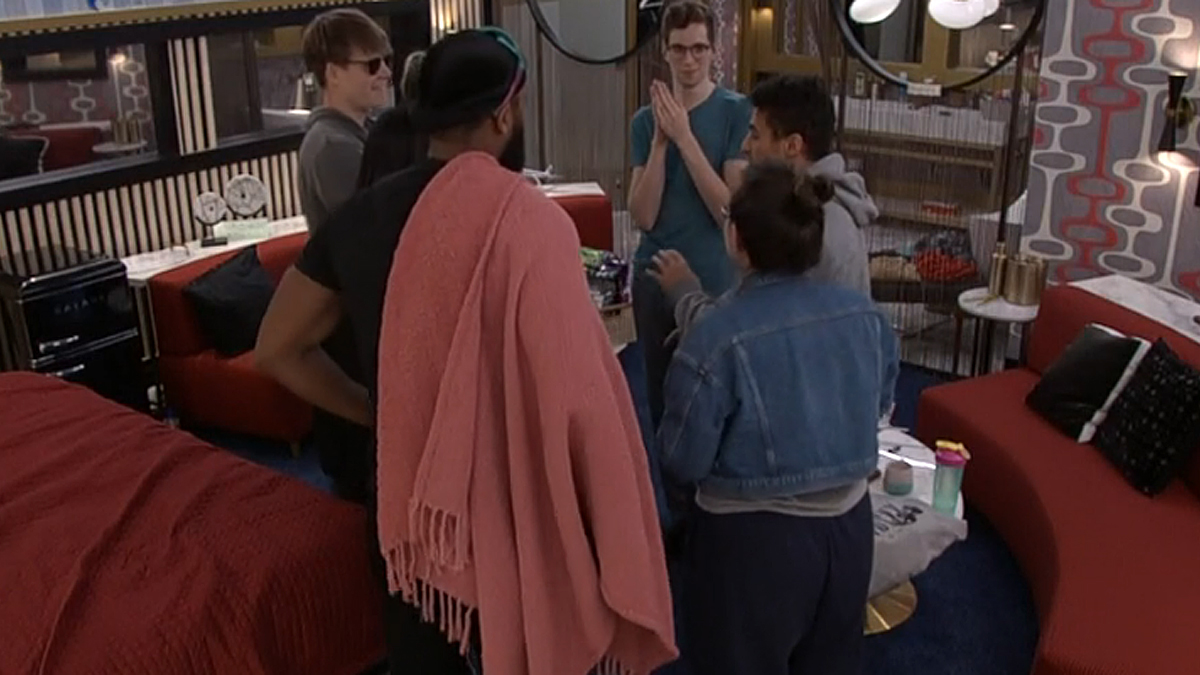 “That has led to you guys being on the outside looking in,” he said.

Monte alerted them to the fact that the other girls were meeting with Jasmine as a group during her HoH without any of them.

“When we walked in it was quiet as an empty church,” he said. “It was a huge surprise to everyone outside of that group that Pooch all of a sudden became the target last week.”

“You have five girls who are a thick as thieves,” he said.

Everyone took turns detailing how they are not part of any group and feel left out.

Taylor told everyone she is “all-in” on the alliance as they all stood up.

“I have had enough of that group running this damn house and it ends today!” said Joseph.

The group hugged each other, celebrated and named themselves The Leftovers alliance.

Reader Alert: Remember to check out a special two-hour episode of Big Brother tonight from 8:00-10:00 PM, ET/PT on Global.