Big Brother Spoilers: The Cookout Implodes - globaltv
Your browser is not fully supported. We do our best to optimize our websites to the most current web browsers. Please try another browser. ×
IN PARTNERSHIP WITH

Kyland has taken the first shot in the Cookout civil war.

He put Tiffany and Hannah on the block at the nomination ceremony today.

“Whatever is going to happen is going to happen. The best thing I can do is prepare myself and accept it. I have a son waiting at home. I have to be strong. Things are not always going to go how I want them to,” said a somber Tiffany.

“I don’t know why YOU are giving ME a pep talk,” joked Azah.

They both broke down laughing.

They shared a hug.

“I thought he would take a shot at some place else not at you,” said Azah suggesting that she believed Kyland would have targeted Xavier.

“I am not surprised. They all want the same thing,” said Tiffany shrugging her shoulders.

“No, they are working together. I told you that a long time ago. Men stick together. Women don’t,” said Tiffany. 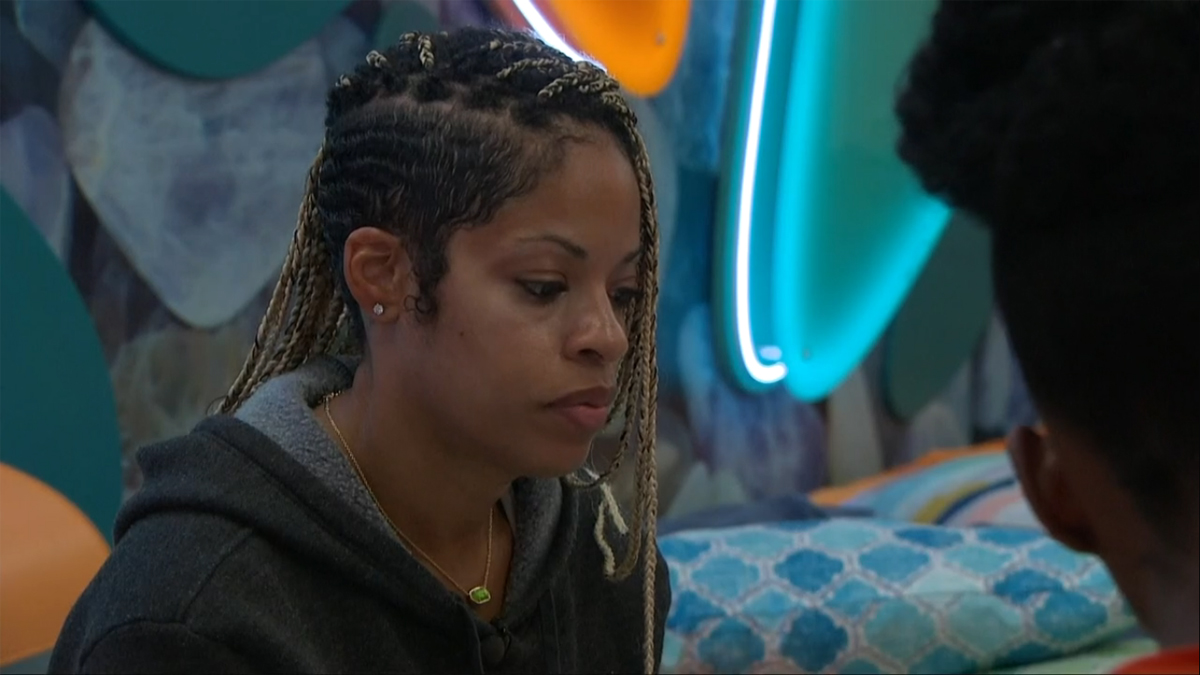 “There is always veto, like I said,” replied Azah trying to lift Tiffany’s spirits.

Kyland met with a shocked Hannah in the HoH room. He explained why he wants Tiffany sent to the jury house.

“She has repeatedly given me reasons not to trust her while I have not done the same to her,” he explained.

Kyland claimed that he was the most loyal person to Tiffany in the house.

“The most significant mistake she made was deciding to no longer trust me because she let the paranoia of the game get to her,” he said.

When Hannah left Derek Frasier was next to speak to Kyland. He congratulated him and hug him.