Big Brother spoilers: Six Shooters suffer more friendly fire - globaltv
Your browser is not fully supported. We do our best to optimize our websites to the most current web browsers. Please try another browser. ×
IN PARTNERSHIP WITH

A locked and loaded Jackson sniped at the Six Shooters some more as their alliance continued to go MIA.

Jessica, the Veto winner and HoH, did not use the power at today’s meeting leaving her nominations the same. Jack or Jackson will be heading to the jury house on Thursday.

“I am pretty positive that if it (the vote) is four to four she will break the tie in Jackson’s favour,” said Nick of Jessica.

Jack said he was going to clear the air with Jessica later today. He also needs to reel Cliff in.

“I am not going to lock it in just yet but I am going to make him a deal he cannot refuse,” Jack said of Cliff’s vote.

Jack hopes he will stay so that he, Nick, Christie, Tommy, Analyse and Cliff can team up.

“If we get Cliff locked in we will be untouchable,” declared Jack. 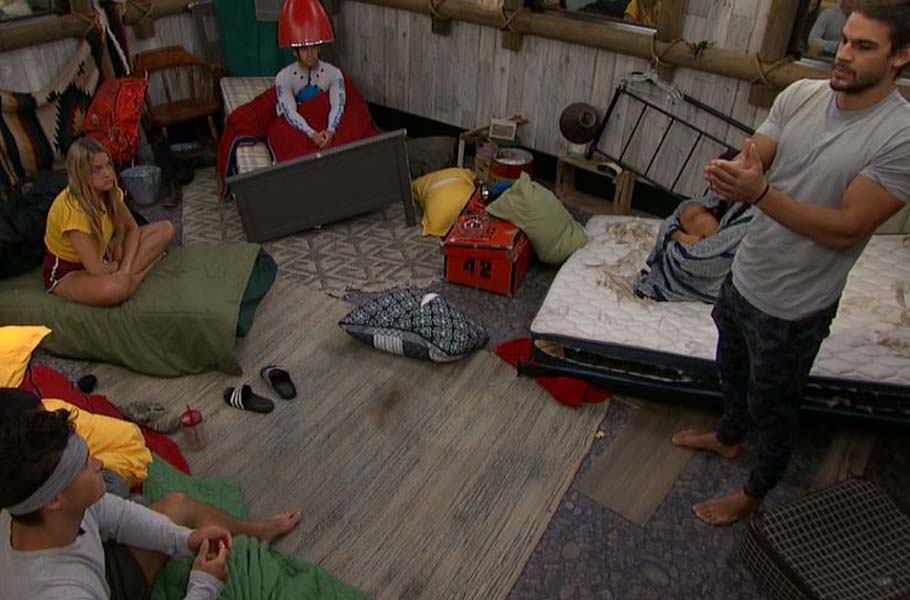 The Six Shooters alliance continued to crumble as Jackson, Jack, Tommy, Christie, Holly and Analyse met to hash things out.

Tommy tried to call a ceasefire.

“It is going to f—–g suck no matter what happens but if there is a way we can avoid being at opposite ends of the game at the end of the week I would love to do that,” he said appealing to everyone.

“I apologize for being completely MIA,” said Holly about her not touching base with everyone. When she processes her feelings she needs to be alone.

“I know we had a huge blow-up and I know I am at the centre of that with Michie but it sucks that either of them are going. As a group we worked closely together for a huge chunk of this game and now it is the end of an era,” said Christie sadly.

“I am sorry that both of you are up there and I wish that it wasn’t this way,” said Tommy to Jackson and Jack.

Christie and Jackson talked about their falling out.

“I am sorry for my part in it,” Christie apologized.

“I got frustrated with you for not using the power as I thought that was the plan the whole time, to use it on me or Jack. It seemed like you were backpedaling out of it,” said Jackson throwing out more accusations and not many apologies.

Jack stood up to deliver his though.

“I violated your trust two major times and I am sorry,” he said to Jackson.

“It is all good. It is a shame because you turned on someone who would have died for you in this game,” Jackson replied bluntly.

“There is hypocrisy when it comes to respect in this house. I am praying for you. I hope you can find some peace in this whole situation and that everything works out well,” said Jackson before leaving the room seemingly washing his hands of the alliance. 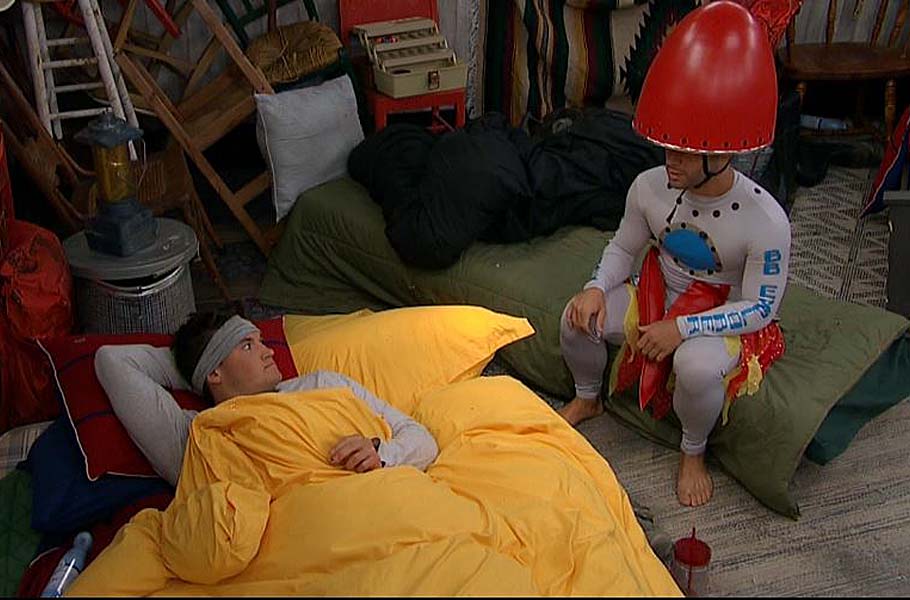 Tommy, wearing his rocket punishment outfit, spoke to Jackson alone making sure he understood that there was no bad blood between them.

“I don’t have any issues with you. It has been strictly gameplay and I respect that. I love you to death. My issue with Christie is that it has gotten very personal and that is something I am not cool with,” said Jackson.