Big Brother Spoilers: Silence and anger greets final All-Star nominations - globaltv
Your browser is not fully supported. We do our best to optimize our websites to the most current web browsers. Please try another browser. ×
IN PARTNERSHIP WITH

HoH Enzo is not taking any chances when it comes to the Jersey Boys. Today, he nominated Christmas and Nicole for eviction.

“All I do when I get nervous is I just laugh. It is my defense mechanism,” said Nicole to Christmas in the bathroom. Christmas remained stoic as she continued to get ready for a shower saying nothing in return. Nicole looked confused as she left the bathroom and the wall of silence behind.

Christmas answered Nicole twice as they made separate dinners in the kitchen. She ate her dinner at the table without uttering a word as Nicole puttered.

“She won’t speak to anyone. She just made a sandwich. She sat there, studied, took a pop and went in your room. She is just going to study,” said Nicole before walking over to the kitchen table to act out what Christmas did.

Cody told Nicole he thinks Christmas is upset because Enzo blindsided her with the nominations today.

“Christmas is f—–g pissed!” he whispered as he went into the bathroom.

Before the nomination ceremony the houseguests participated in a luxury competition with each picking a jury member to play with them. Nicole won $10,000 but there is no word on what the competition actually was.

Alone and in one of the bedrooms, Christmas broke down crying afterwards. 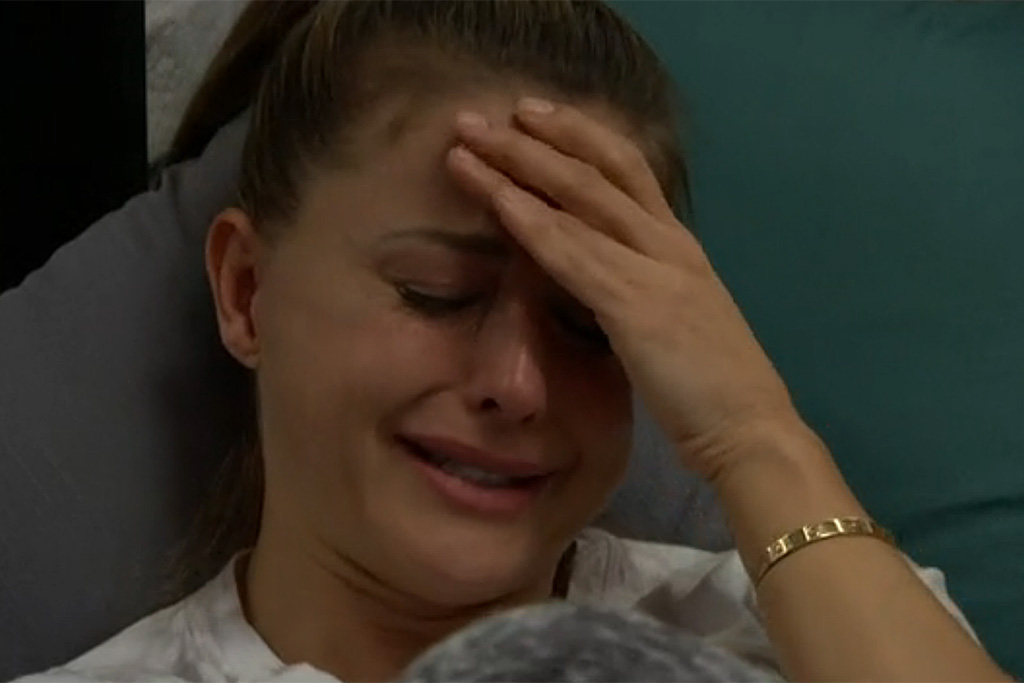 “I don’t care that I didn’t win $10,000. I am just really upset that I went against my intuition. I feel like I betrayed Memphis by not picking him. I just sucks,” she sobbed wiping away a flood of tears with both hands.

“Talking to anybody in this house isn’t the same. I just think he is going to be disappointed that I didn’t pick him. I am just ready to hug my son. This place just gets to you,” she told the cameras crying some more.