Big Brother Spoilers: OTEV comes early for the houseguests - globaltv
Your browser is not fully supported. We do our best to optimize our websites to the most current web browsers. Please try another browser. ×
IN PARTNERSHIP WITH

Michael is proving to be the Veto King.

Already this week’s Head of Household, Michael won today’s Power of Veto competition. Because she is his Festie Bestie, Brittany is technically a winner too.

Out of the five veto competitions so far this season Michael has won four of them.

Michael now has the power to leave the nominations the same or change them. He has told the other houseguests that Daniel is his target and he only nominated Festie Besties Terrance, Monte and Joseph so that they could prevent Daniel from winning the veto.

Michael told Monte in the HoH room that Terrance tried to convey a message to him during the competition. 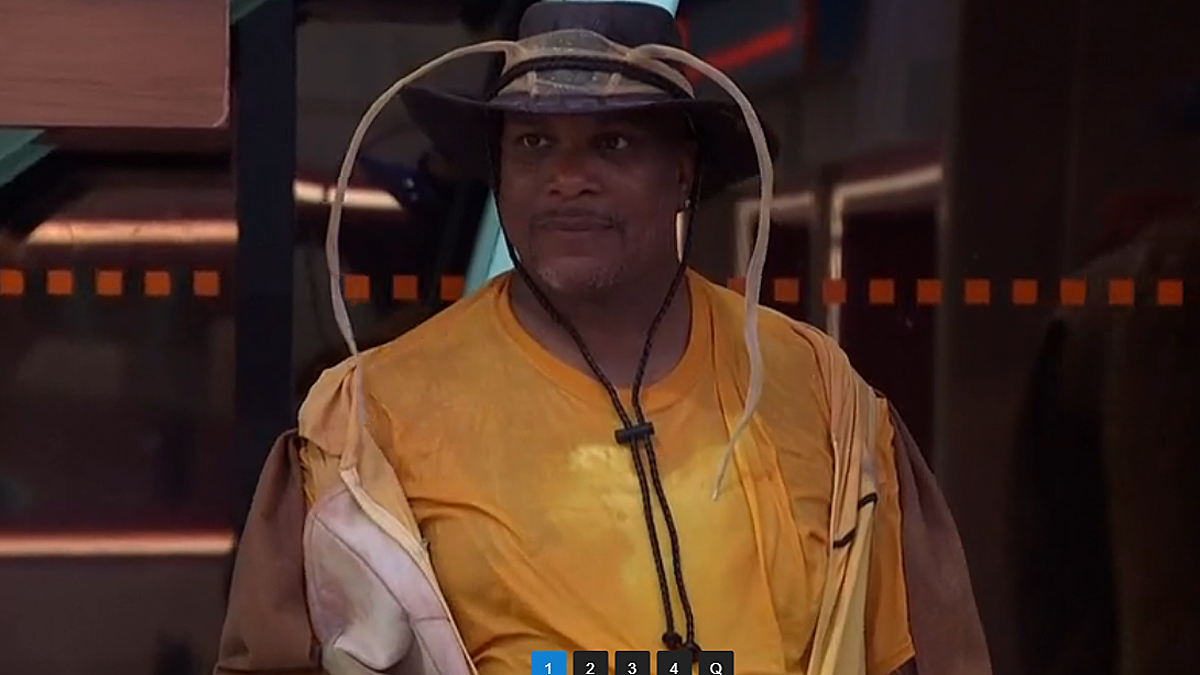 “He tried to whisper something to me out there but I don’t know what it was about. Don’t say anything but it seemed like a plan or a scheme,” said Michael alluding to the fact that the competition had they kneeling on stumps during the annual OTEV veto competition and many houseguests had scrapped them up during it.

OTEV is the challenge in which the houseguests kneel before a giant statue who asks them questions. The houseguests then have to scramble to find the correct answer and return to OTEV. Those who have the wrong answer or arrive last are eliminated until there is one houseguest left, the winner.

Jasmine and Alyssa congratulated Michael when he was back downstairs.

“I wasn’t expecting it so early,” said Michael about the competition.

“I thought it was always a little bit later,” agreed Jasmine.

“Now you have all the power this week. That’s crazy,” said Alyssa.

In one of the bedrooms some of the houseguests talked about all the cuts and bruises they received during that competition.

“It was unreal,” said Monte.