Big Brother Spoilers: Nominees Debate Their Fates, Share Their Secrets - globaltv
Your browser is not fully supported. We do our best to optimize our websites to the most current web browsers. Please try another browser. ×
IN PARTNERSHIP WITH

Nominees Whitney and Hannah had a heart-to-heart as they did their make-up and hair in the bathroom. The two Aces spoke about the game and what the future could hold for them both.

“I love you no matter what and if I am the one going home, which it feels like I am, then I will definitely still be rooting for you guys,” said Whitney to Hannah of the Aces.

“The same applies to you as well. If I end up going home, Team Aces all the way! I’m just mad that this week gives Brent the satisfaction,” said Hannah as she dabbed foundation on her face.

“That’s honestly one of the things I’m most pissed about. Of course it is one of us going home the week after we voted out our own teammate,” laughed Whitney.

“For my personal sanity and comfort in this house, Brent needed to go,” said Hannah. 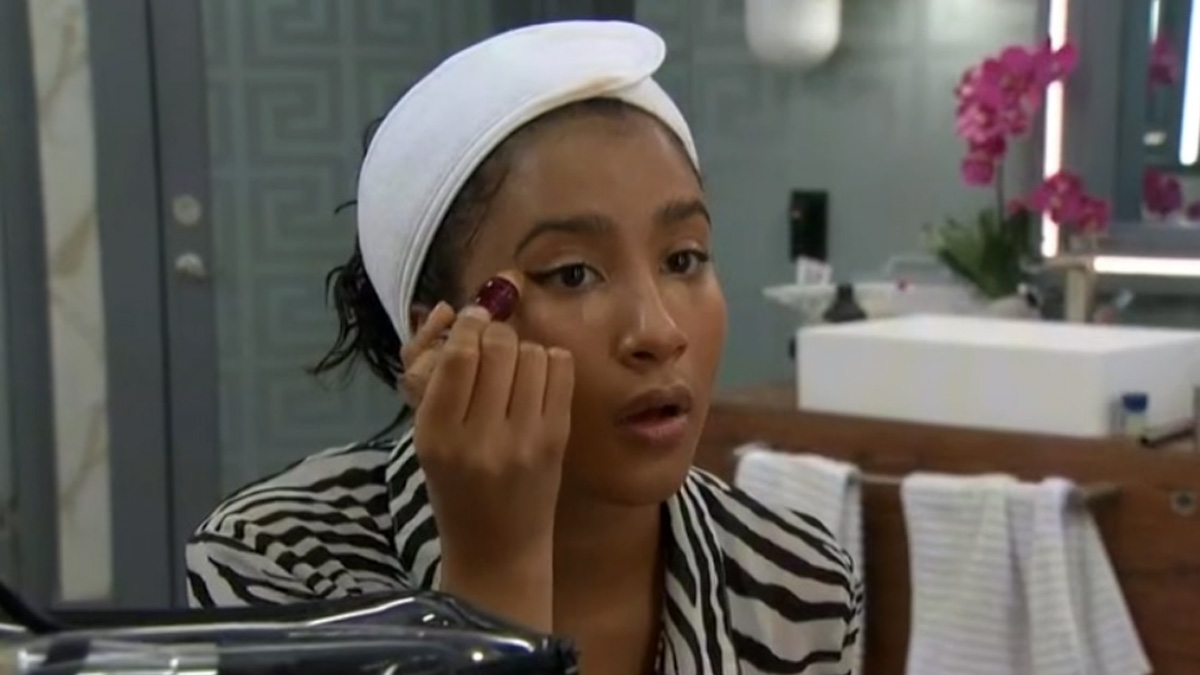 “That’s honestly what I keep saying, especially to myself. It wasn’t a bad decision because he made it really hard to be in this house,” replied Whitney.

“Plus, he just did a lot of talking for our team. Leaving him in the house last week would have bought all of us a week of safety, considering he would have probably been the target this week, but at the same time the longer we would have left him in the house I guess the more people would have started associating Brent with the rest of us,” said Hannah.

“I definitely think he was meant to go out pre jury. I don’t think he would have made it to jury. We could have left him in the house for a week longer, two weeks, even three weeks longer but my fear was the more tied to him I would have become so I would have just been the next target,” Hannah continued.

Whitney believes the house was united in wanting a female player out this week. 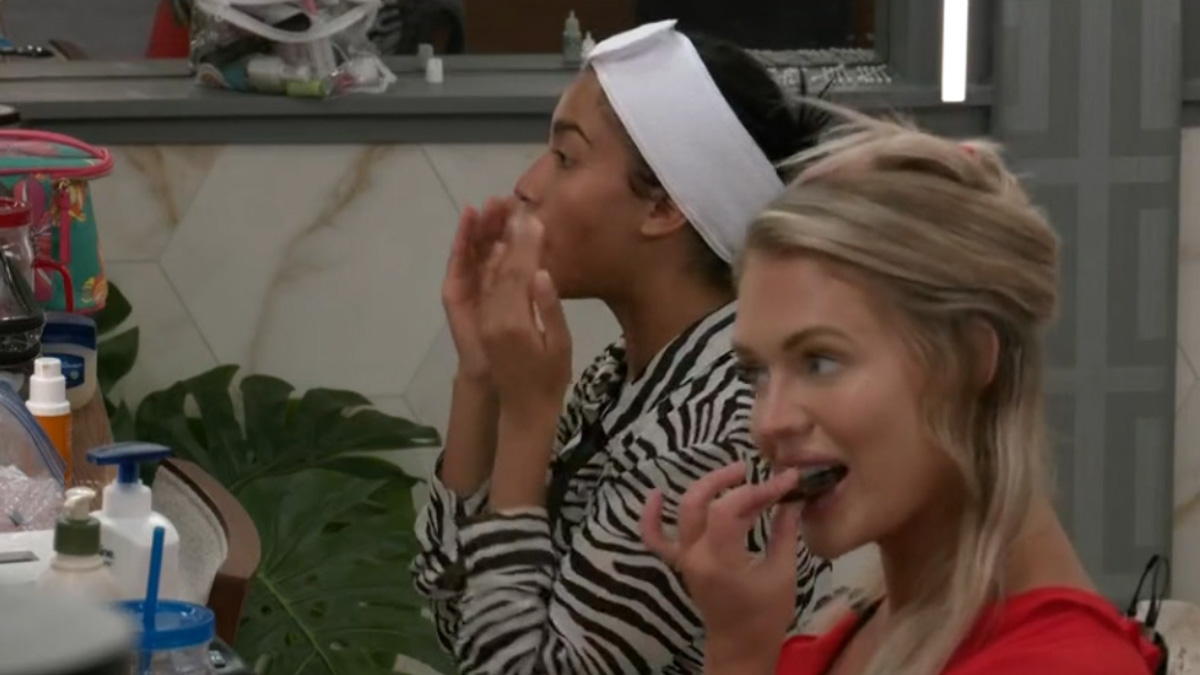 “It kind of sounds like one of the really big reasons for us being up is because they really want a girl to go home which is funny because it’s been the males attacking each other, not the females. It has been all male HoHs taking out the males and now they feel like they have to take out a female now to even it out,” stated Whitney curling her hair saying that the house didn’t want to target Britini just because she was nominated last week.

Whitney thinks she was nominated over a rumour that she wanted Xavier and Christian to be voted out soon.

“I never said that,” Whitney clarified.

“I think what happened is the guys of the house were all in agreement that a girl needs to go home this week and it is more logical to put up two people from the same team so as not to piss two teams off,” said Hannah.

“I agree with that,” said Whitney.

Hannah thinks that of the women left in the house Whitney would be more likely to target a male in the game than the others.

“They came up with some sort of justification for it, even if it’s a complete lie. That’s what they’re going to stick with so they feel less guilty,” said Hannah of Whitney’s situation and nomination.

“I essentially just wanted to let you know that I’m not going to be campaigning against you but again you do what you have to do,” said Hannah.