Big Brother Spoilers: Nominee ready to battle on - globaltv
Your browser is not fully supported. We do our best to optimize our websites to the most current web browsers. Please try another browser. ×
IN PARTNERSHIP WITH

This week’s nominations are locked in.

Either Nicole Anthony or David Alexander will be having a socially-distanced visit with Julie Chen Moonves on Thursday.

Memphis, this week’s Head of Household and Power of Veto winner, left his nominations the same at today’s ceremony.

After the ceremony concluded, David went to the storage room, opened the veto box and held the veto in his hand for a moment before putting it around his neck.

“I think part of this game is you have to visualize what this feels like,” said David as held the veto in his hands.

“How are you feeling?” asked Enzo entering the storage room to hunt down some tomato sauce.

“Can I count on your vote?” asked David.

“Me you and Tyler got to sit down and talk when we get a chance,” said Enzo agreeing he will keep David on Thursday. 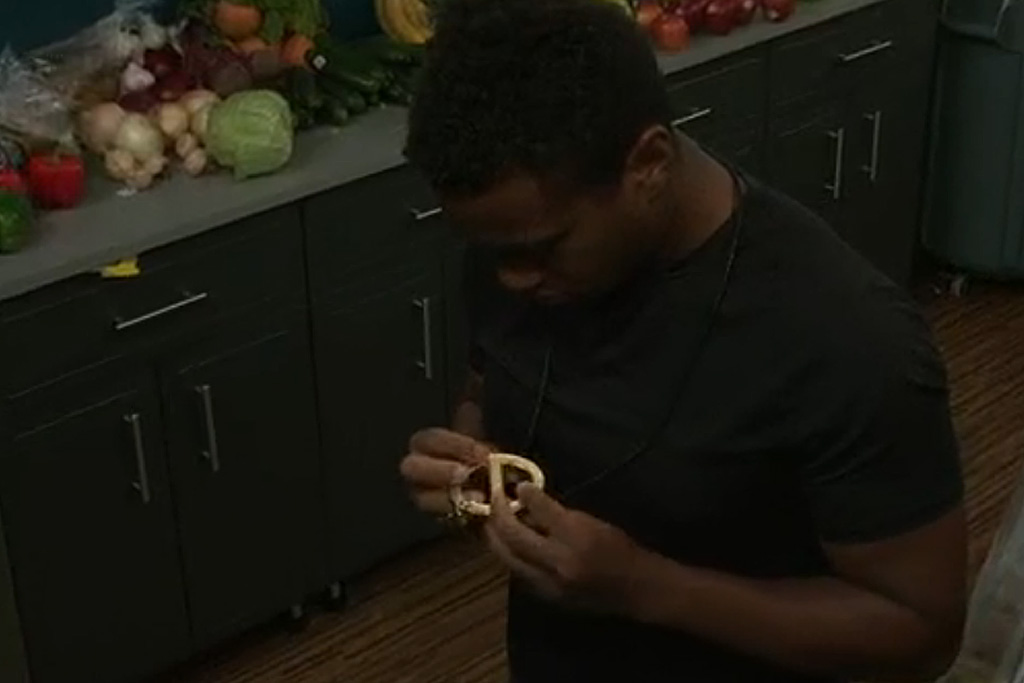 David then wandered over to the Have-Not Room and spoke to the cameras there.