Big Brother Spoilers: Nominee Offers Ceasefire Deal - globaltv
Your browser is not fully supported. We do our best to optimize our websites to the most current web browsers. Please try another browser. ×
IN PARTNERSHIP WITH

Christian isn’t going down without a fight. Still reeling by the surprise demise of the Royal Flush alliance and his nomination this week, he met with HoH Derek Xiao in an attempt to offer him a new deal.

“First off, I’m sorry about the nomination,” said Derek with regret.

“It is just a game,” replied Christian shrugging his shoulders.

“Here is where my head is at. We both watch Survivor and I feel we both kind of peaked in terms of competitions so I really do see a lot of similarities,” said Derek wondering if Christian had thought about making the same move against him.

Christian agreed they have both thought about targeting each other because they are competition threats.

“The only thing I have to say is I feel like actions speak louder than words and last week, it never crossed my mind and that’s the truth,” said Christian reminding Derek that he had the chance but didn’t put Derek on the block last week when he was HoH and also the Veto holder.

“What can I do? The only way you’re keeping me is if you know that the paranoia is gone,” said Christian asking Derek in what other way he could possibly prove himself if last week didn’t speak loudly enough.

Christian offered a deal in which neither would come the other until a certain phase or time in the game.

“You benefit with me staying around significantly,” said Christian.

“What happened to me when I couldn’t play for HoH? I am sitting here,” said Christian laughing and explaining that they are only enemies because they see each other as threats.

“I am willing to prove my loyalty again,” Christian said. 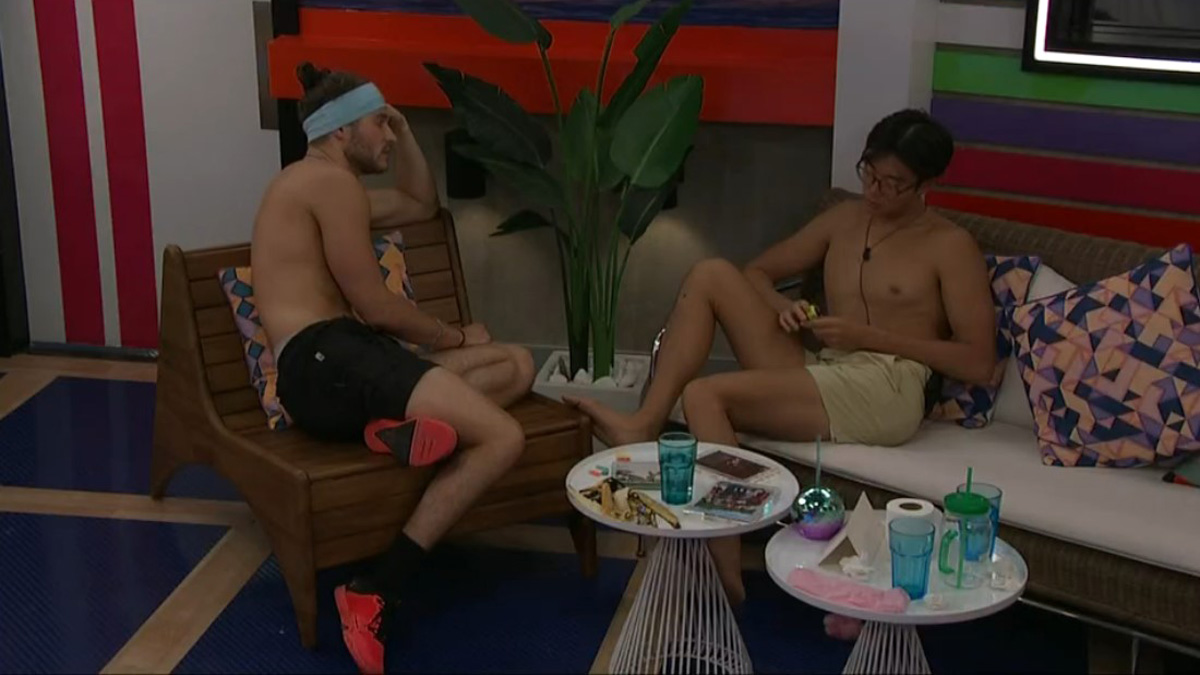 Christian told Derek that if he stays he wants the Royal Flush to stay together.

“The only problem is Royal Flush is I am on the weaker side of it,” said Derek.

“I am on the bottom with you. You don’t think I am? How am I not on the bottom? There’s one person in charge of the Royal Flush,” Christian countered saying Kyland is the leader of the alliance.

Christian told Derek that in a meeting in which he was absent, Kyland told everyone that he was wary of Derek and that he found him to be “sneaky”.

“I thought you guys were close. That is why I was surprised by it,” said Christian insisting Kyland might have replaced Derek with Sarah Beth as far as allies go.

“So how long would you think we could work this ceasefire?” asked Derek.

“Let me think about this. It is an interesting idea and I haven’t thought about it before so I do have to think about what will mean for my game,” said Derek thanking Christian as he left the HoH room.