Big Brother 19 Spoilers: House Has Secured Nominations - globaltv
Your browser is not fully supported. We do our best to optimize our websites to the most current web browsers. Please try another browser. ×
IN PARTNERSHIP WITH

The Big Brother 19 house has secured their nominations for the week. Jessica Graf, this week’s Head of Household and Veto winner, had all of the power.

She elected not to use the Veto and left Ramses Soto and Josh Martinez on the block. They are now the final nominations for the week.

“Meatballs! This linguini (Jessica) didn’t use the Veto on Ramses and left him on the block next to me. You f—-d up, Jessica! You linguini, you f—-d up! I am coming for all you meatballs on Thursday, baby! I love this house,” he said to one of the cameras, rolling around on a couch. 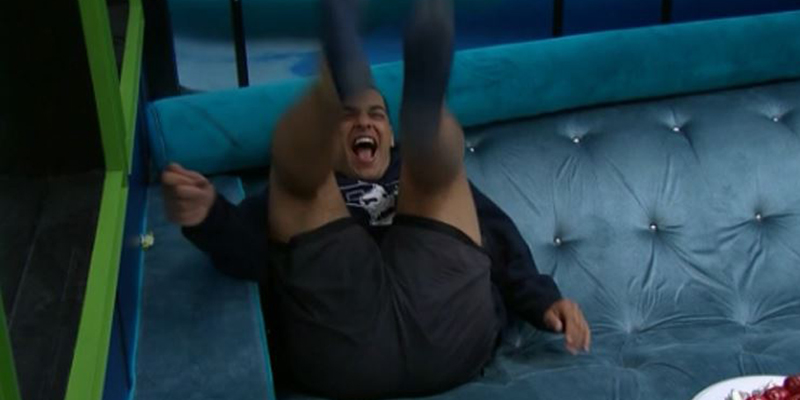 In the HoH room, Jessica and Cody kissed and chatted about how things went.

Jessica told Cody that Christmas asked permission to throw a vote to Ramses because otherwise Josh will be evicted by an anonymous vote. According to Christmas Abbott, Josh has always had her back and she doesn’t want to cast a vote against him.

“I explained that having Ramses up there is really hard for me. The kid has never done anything to me and I promised I would advocate for a unanimous vote so I am standing by that,” said Jessica. “My opinion is not going to change. I want a unanimous vote on Thursday.”

“She is such an idiot,” Cody said of Christmas.