Big Brother Spoilers: Nomination chaos ends - globaltv
Your browser is not fully supported. We do our best to optimize our websites to the most current web browsers. Please try another browser. ×
IN PARTNERSHIP WITH

The glorious and utter pandemonium of Frenchie’s HoH reign has finally ended.

Derek X used the Power of Veto at the ceremony today and took his pal Kyland off the block. As per his plan, Frenchie then put Travis in his place beside Alyssa.

A frazzled Alyssa spoke with Xavier, Tiffany and Derek F on the live feeds about how they can best keep her safe.

“Travis needs to stop being in the conversations. If I was them, I would hear that Alyssa is obviously working with Frenchie. If you get rid of Alyssa you are getting rid of one of his numbers. Can we stop putting him in the conversation, please?” she asked.

Derek F didn’t think that Alyssa has anything to worry about. Travis is already talking about leaving the house, being able to see his girlfriend again and being back home this week.

Tiffany advised Alyssa to just relax, stay calm and stay under the radar.

It was a long and twisted road to get to today’s decision. Last night, a worried Derek X gained some wisdom and advice from Tiffany as they sat outside.

“Basically, this is Frenchie’s veto and right now he doesn’t know if he wants me to use it,” he told her. 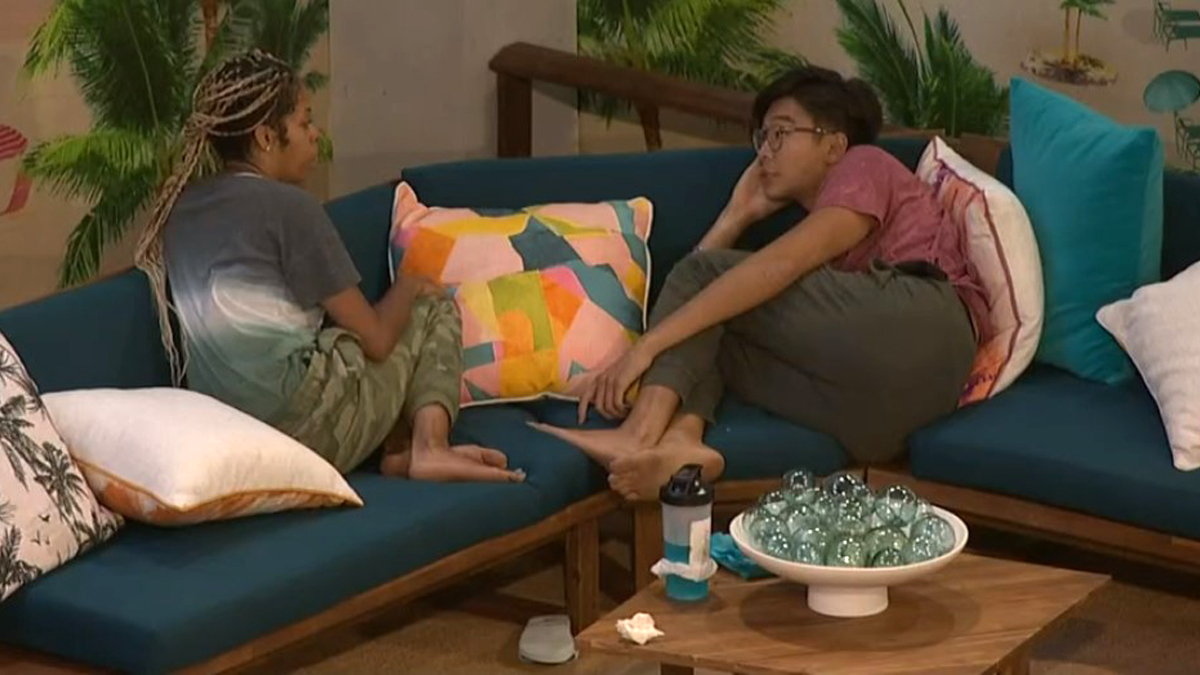 “I know you made connections because everybody loves you and likes having you around but the only reason you are on anybody’s radar is because of Frenchie and he is the HoH. If we take him out of the equation and assess your game you have connections with everybody in this house,” she said trying to instill in Derek the idea that whatever he decides to do with the veto his social game will protect him from any backlash.

Later on, Frenchie sat down to gain some reassurance from Derek X.

“So you are definitely using the veto?  I don’t want to be blindsided with you not using it,” he asked also suggesting that if Derek misplayed it, one of his allies could go home, like Brent.

Derek insisted that he would.

“I already told Travis the situation. He knows too,” said Frenchie.

“I have been avoiding Travis all day. I can talk to him openly now?” Derek asked Frenchie.

Frenchie confirmed that he could.

Derek gave Brent the lowdown in the front room pausing whenever someone walked by.

“He said Travis would be going home by four votes,” whispered Derek about Frenchie’s plan.

“What do you want to do?” asked Brent.

“I want what my team wants,” said Derek of the Aces.

Derek explained if there weren’t any teams that he trusts Brent and Travis more than anyone.

“Why are we moving the world for her?” asked Derek about Frenchie being so desperate to save Alyssa now.

As Derek was going to bed, Frenchie followed him into the bedroom where some houseguests were already sleeping. He laid down beside Derek to talk strategy for over 40 minutes. 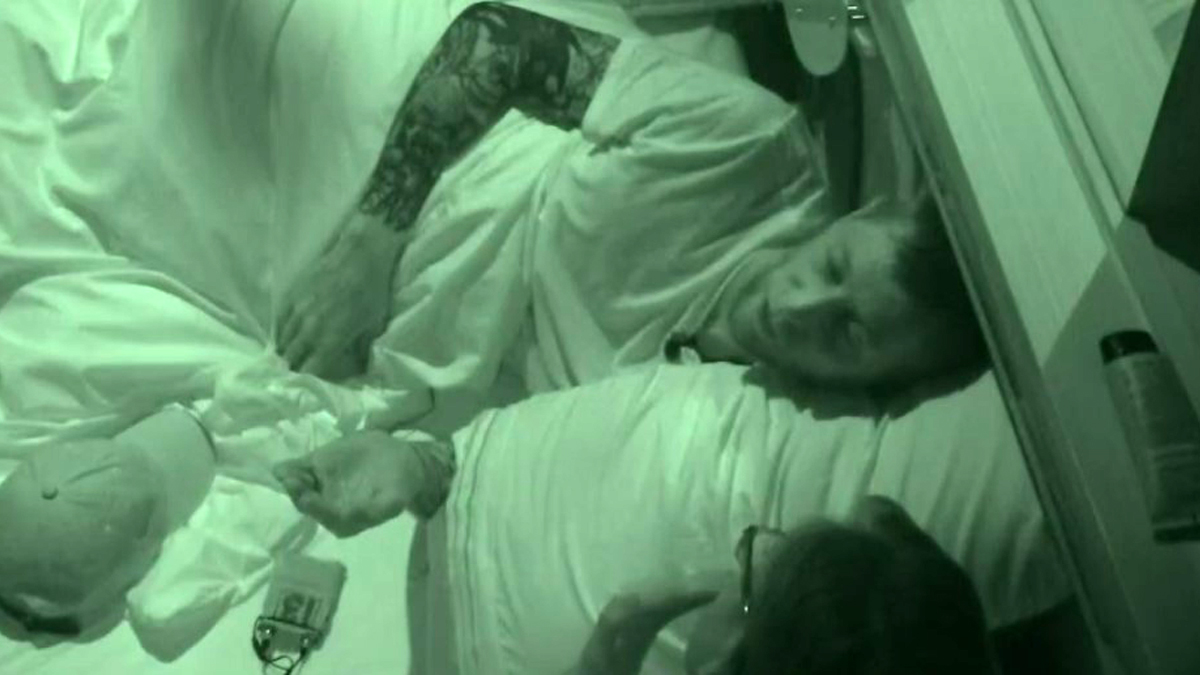 “…and the ten other people that come along with me,” continued Frenchie.

“Whatever you decide to do someone is going home. You do what you want to do despite what anyone else is saying,” said Frenchie again at the twenty minute mark of their conversation. “No matter what you do, I have the votes and I am not worried about it.”