Big Brother Spoilers: New HoH Promises Safety To One Houseguest - globaltv
Your browser is not fully supported. We do our best to optimize our websites to the most current web browsers. Please try another browser. ×
IN PARTNERSHIP WITH

A new Head of Household has been crowned setting the stage for the start of the inevitable Cookout alliance implosion, bloodbath.

Kyland, the account executive from Venice Beach, has won HoH for the third time this season. The competition sounds like it was the chicken wire, ball challenge we have seen in previous seasons.

“Congratulations once again,” Derek Frazier said to Kyland in the Have Not bedroom.

Kyland told Derek it has been a very long day but if anyone wants to “check in” with him for 5 or 10 minutes that is okay.

“What I want to tell you and not the others is I wasn’t trying to hit that last shot,” Kyland said about the competition.

“It is your win. I am not taking it away from you. I had my own opportunity and I didn’t follow through,” replied a downcast Derek.

“I didn’t mean to take it away from you,” Kyland apologized. 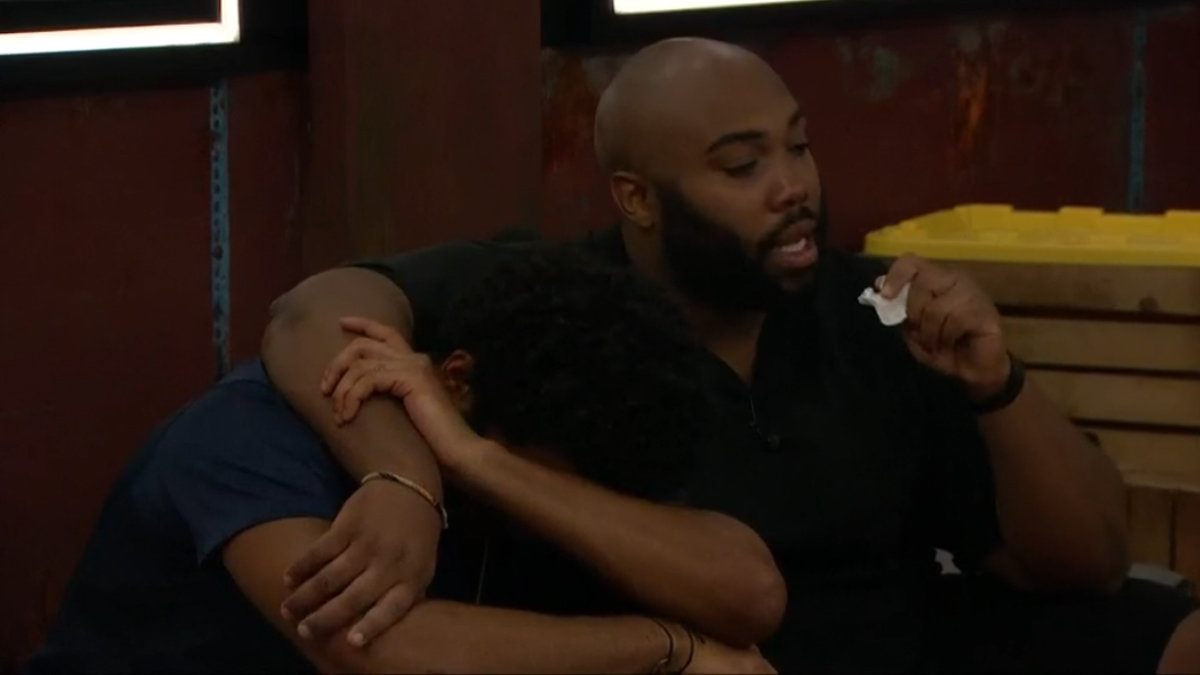 “You didn’t take anything away from me,” said Derek.

Derek reminded Kyland that it is an individual game now and he won fair and square.

“I wasn’t trying to be selfish,” said Kyland starting to cry and hugging Derek.

“At the end of the day, it is what you have to do for your own game,” said Derek.

They then shared a hug.

Kyland told Derek when it comes to his upcoming nominations he doesn’t have much “wiggle room”.

Kyland promised Derek that he was not going on the block this week.

“I just wanted to let you know that,” said Kyland reassuring him that he is completely safe.

Kyland then reviewed several scenarios for next week and did not mention Tiffany at all. It could be assumed that is because Tiffany is his target.

“I don’t know how I am going to go through the rest of this game, Kyland. I cannot win. To walk into a final with no HoH wins?” said Derek beginning to sob.

They sat on the bed and hugged once again.