Big Brother Spoilers: Houseguests work to save nominee and weaken core alliance - globaltv
Your browser is not fully supported. We do our best to optimize our websites to the most current web browsers. Please try another browser. ×
IN PARTNERSHIP WITH

They aren’t going down without a fight. Two of the biggest targets this season, Janelle and Kaysar, are looking to save Nicole Anthony to weaken Cody and his allies.

Janelle relayed her conversation with David to Kaysar while they discussed their plan of attack this week.

“I told Memphis I knew he was going to play that kind of game,” said Kaysar.

“David is not a good player,” Janelle concluded.

“He is a newbie,” laughed Kaysar.

“He is very bad at the game,” said Janelle.

Janelle and Kaysar reviewed the votes they think they have to send David packing. Kaysar relayed to Janelle the chat he had with Ian.

“I told him we are data guys. Take emotion out of this. The first HoH sealed the deal and created an alliance around Cody. That’s the bottom line. They are trying to save David because then they would have the numbers. They will then run through the house,” said Kaysar.

Ian told Kaysar it is imperative for him to make the jury house.

“I think he wants to get to jury because he doesn’t have a job,” said Kaysar acknowledging what Ian has told several of the houseguests. Ian quit his job to appear on the series.

“He is like, win the next HoH. If you don’t, Janelle and you will be targets,” said Kaysar. 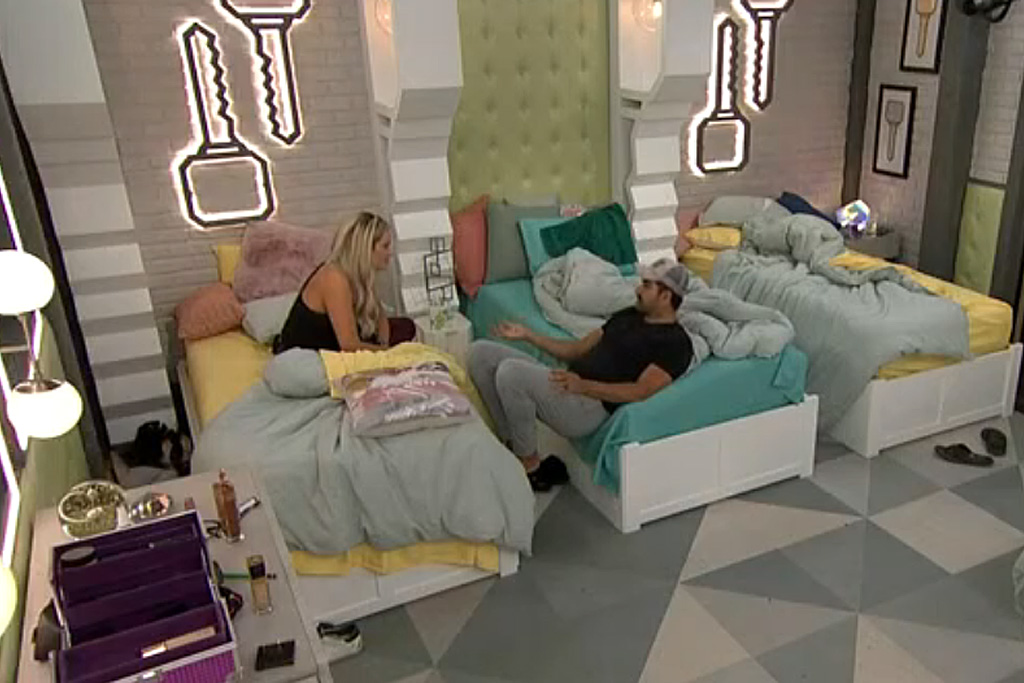 “I already knew that,” sighed Janelle.

“I said to him it is better for you to keep us in the house because as long as we are nobody is coming after you. Use that to your advantage,” Kaysar said who then reminded Ian that a vote to keep David is a vote to strengthen Cody.

Kaysar and Janelle confirmed if they win HoH, Cody is their target.

“He is a comp beast and he is extremely charismatic when it comes to the social game,” said Kaysar.

“He has a really good social game. Have you seen him around women? He acts like a girl. What the f—k,” laughed Janelle.

“He knows how to play the game,” said Kaysar.

“If I was a 25-year-old girl and it was my first time playing I would fall for it,” said Janelle about Cody’s charms.

The conversation switched back to David and the grudge he now has against Memphis.

“We cannot let him target Memphis. What a stupid move,” said Kaysar asking Janelle why David would even tell her he was going to do so.

“He is stupid,” answered Janelle.

Janelle and Kaysar believe they have Kevin, Ian, Christmas and Bayleigh and Da’Vonne’s votes to keep Nicole Anthony. Nicole and David are this week’s nominees.