Big Brother Spoilers: Houseguests fear another betrayal is looming - globaltv
Your browser is not fully supported. We do our best to optimize our websites to the most current web browsers. Please try another browser. ×
IN PARTNERSHIP WITH

As tonight’s vote draws near Brittany and Alyssa are worried that Turner is about to turn his back on and betray another friend in the house, namely Alyssa.

Alyssa will not be going to the jury house without a fight though.

Brittany and Alyssa shared a hug before Brittany gave her update this afternoon on how she thinks Turner will vote tonight.

“He was like…It is just going to be major uncomfortable and I just don’t want to do that. We are just at the point of the game where I cannot make Monte mad. I cannot make Taylor mad,” said Brittany of why Turner won’t even tell Alyssa that he is not voting for her to stay.

“I have wanted to vote Taylor out since the beginning,” said Brittany promising her vote to Alyssa.

Brittany related the rest of the conversation with Turner in which she warned him of the consequences of his actions.

“I told him you (Alyssa) were going to be devastated and I told him I don’t think she will ever talk to you again,” said Brittany. “He said if your friendship with him is that brittle then maybe it is not that strong to begin with.”

Brittany explained how she tried to push the issue with him as best she could.

“As someone who just got betrayed by someone I thought was a best friend I told him how really hard it is to cope with,” said Brittany.

“I appreciate you saying that,” said Alyssa. 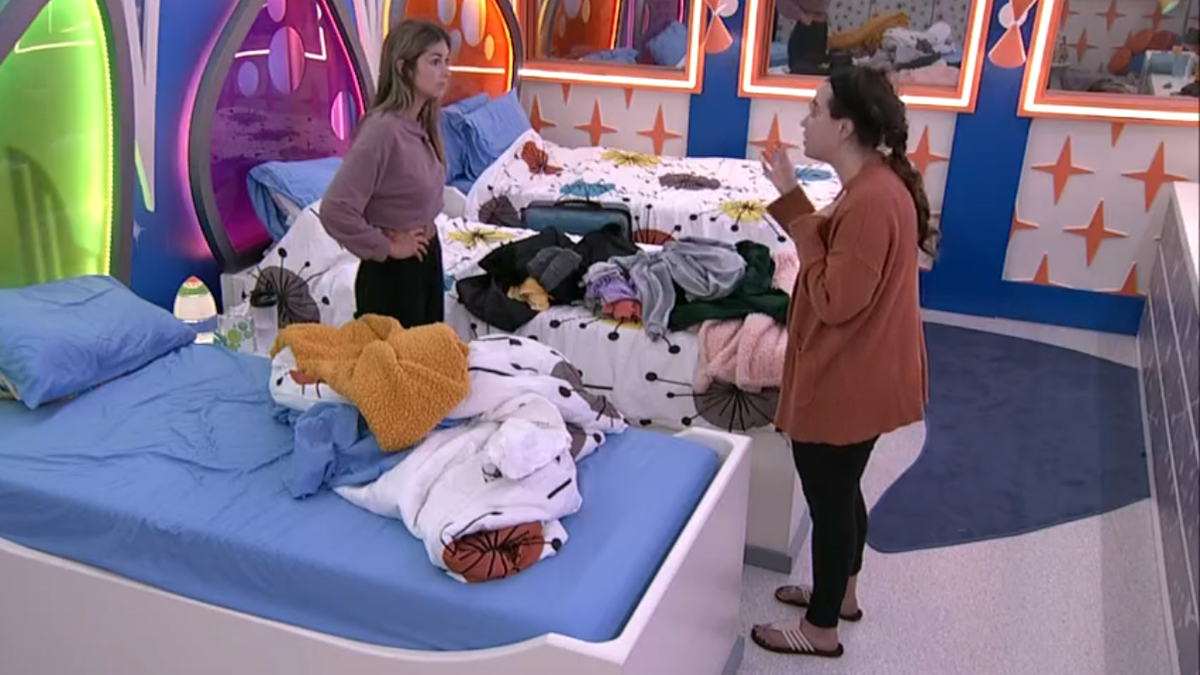 “Well, he is either lying to me or to Monte. I am still going to talk to him. I am not going to give up,” said Alyssa.

“You have my vote no matter what,” replied Brittany.

“I spoke to Taylor. He told her he is voting to keep her,” said Brittany. “I am going to vote to keep you regardless of what anyone else does,” Brittany vowed.

“I don’t have anything to lose and I want you here,” Brittany stated saying if Alyssa ends up going she will claim her vote was a sympathy vote.

Brittany raised her issues with Turner once again.

“He has literally betrayed everyone and anyone he is friends with. I mean, jury-wise why screw you over? He would be stupid,” said Brittany.

Alyssa then finally had her one-on-one with Turner.

Alyssa lied to Turner saying that Brittany isn’t voting for her.

“Do I still have you?” she asked Turner.

Turner nodded in the affirmative.

She told Turner that Monte he said he would think about things and do what is best for his game if there is a tie vote.

“It just means so much to me to know that I have a chance,” said Alyssa her voice breaking and her eyes starting to tear up.

Turner told Alyssa to take it easy and not worry. He has her back.