Big Brother Spoilers: Houseguests face off in war of words - globaltv
Your browser is not fully supported. We do our best to optimize our websites to the most current web browsers. Please try another browser. ×
IN PARTNERSHIP WITH

The tension between two houseguests has not only boiled over, it emptied the entire pot.

Christie and Nick traded accusations in the kitchen as Holly slaved over a Taco Tuesday dinner.

Everything touched off in the HoH room.

“Why is he pissed at me?” Christie asked Jackson.

“He is like, I don’t know how much longer I can bite my tongue,” said Jackson who had been intentionally fueling the fire between both houseguests all day.

Jackson said Nick asked why Christie was “running her mouth” about him and that she might call him out as they ate dinner.

“You know how Nick is like. He hypes himself up in his head,” Jackson scoffed.

“I told him I was going to use him as my angle in my campaign,” replied a perplexed Christie.

“I feel like I don’t have anything to lose but I don’t want to cause a scene and now he is all f—–g fired up,” she continued.

As she and Jackson prepared to leave the HoH room Nick met them at the door.

“Do me a favour? Can you keep my f—–g name out of your mouth?” Nick growled.

Just itching for a fight, Nick and Christie agreed to argue in the kitchen and in front of everyone. 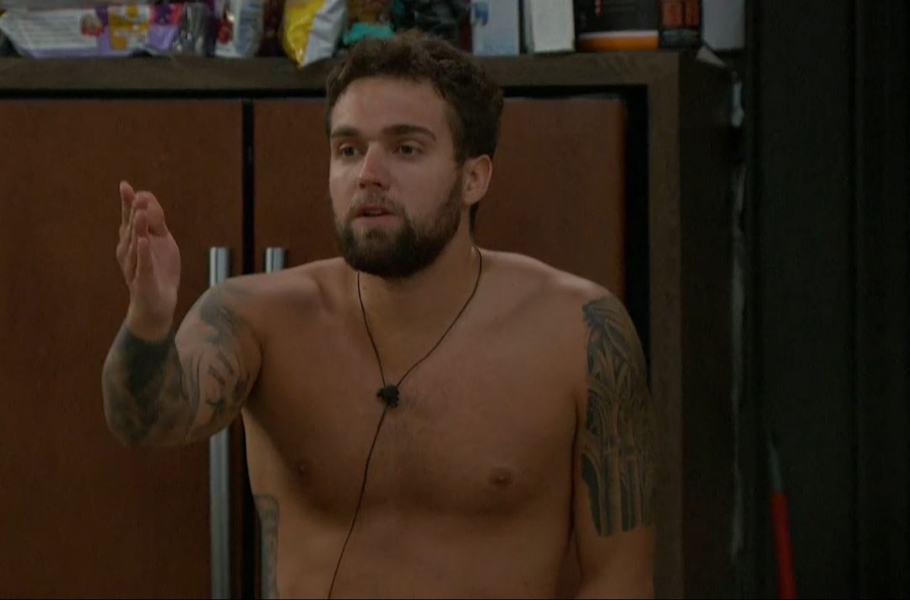 “I don’t have anything to lose. I am already dead. My game is dead. Yours is very much alive,” Christie snapped back.

“This is why you are going to go home. You run your mouth,” Nick shot back.

“How about you manifest the truth for one time? How about those powers that you have?” shouted Nick after Christie as she went off to round up everyone and bring them into the kitchen.

Christie claimed she never betrayed Nick. She told him from the start she was going to use him as her strategy to stay this week. She will not campaign against Analyse so her angle is to make people aware that if she stays she is going to target him because nobody seems to want to.

“My only aspect is to lie down and die, literally say nothing and go home or I am going to use the only angle that I have is my own personal frustration with the impeccable game you are playing right now,” said Christie.

She doesn’t think Nick’s game is dirty but it is manipulative.

“I never dragged you on a personal level,” she concluded.

Nick began to list what he perceives as her lies.

“You don’t want to go to six with showmances. You don’t like Jackson and he is not a good person,” he said.

Christie acknowledged that she didn’t like the way Jackson spoke to her but she isn’t the first person to admit that in the house.

“Talking loudly makes you look guilty. You are a therapist,” said Christie as Nick began to raise his voice as Christie had been doing as well.

“I have been honest about everything,” Nick declared. 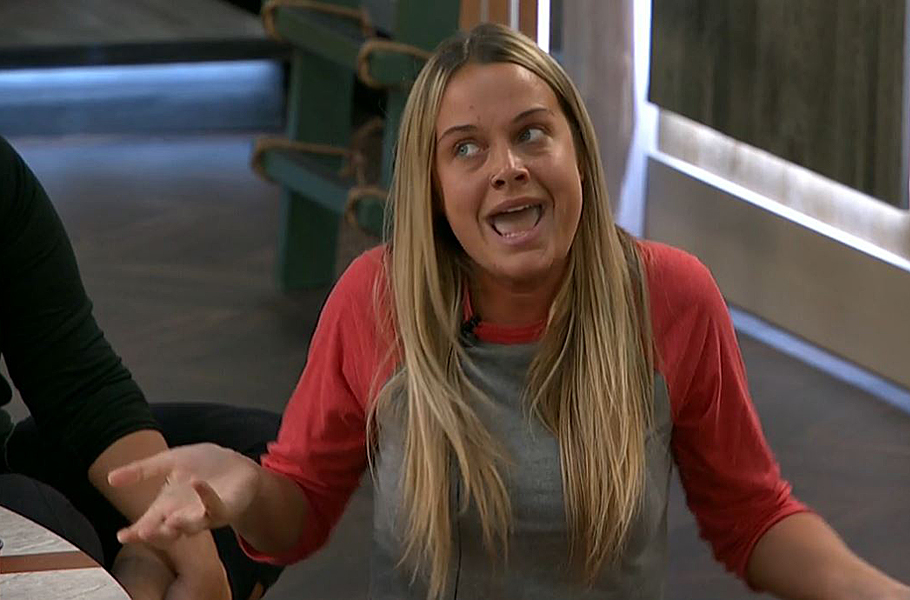 “You have Cliff and Nicole on one side of you. You have Analyse and Tommy on the other side of you,” said Christie calling out Nick’s game of pitting people against each other and walking through the middle unscathed.

Nick suggested that everyone already knows how he is playing. That it isn’t a news flash to anyone.

“Jess and I have a great personal relationship but we are going after each other,” he said angering Jessica who asserted that she was not going to target him. Nick dismissed that idea.

“You are in a position right now where there are people cushioning you and you don’t have to win competitions because everyone else is going to take shots at each other,” said Christie as the fight broke up minutes later and everyone went their separate ways until dinner.

Christine apologized to Holly for disrupting the family meal she had planned.

Either Christie or Analyse will be voted out on Thursday.