Big Brother Spoilers: Houseguest vilifies own ally - globaltv
Your browser is not fully supported. We do our best to optimize our websites to the most current web browsers. Please try another browser. ×
IN PARTNERSHIP WITH

It is bad enough to be nominated for eviction in the Big Brother house.

What’s even worse is turning your allies against you in your time of need.

Since being nominated Nicole Anthony has accused Janelle of creating a rift in the house, having something to do with her missing choker, her being nominated in the first place, pretty much everything except perhaps global warming and overpopulation.

All of these discussions and accusations have been behind Janelle’s back with many of the other houseguests. Unbeknownst  to Nicole, Janelle has been campaigning hard for Nicole to stay in the house and for David to be evicted, mostly to take some power away from Cody and his group.

Today, Nicole finally expressed some of her animosity towards Janelle face-to-face as Janelle finished getting ready for the day and Nicole laid in bed fully dressed.

“It’s incredibly frustrating,” said Janelle of Nicole’s predicament asking her if she spoke to Da’Vonne yet about her vote. Janelle sees Da’Vonne as her best friend in the house next to her Big Brother 6 pal, Kaysar.

“I did. She wants to talk to other people,” said Nicole.

To Janelle it was a “no-brainer” for the houseguests to keep Nicole over David this week.

Nicole expressed concern over a tied vote and Memphis having to choose between her and David on live television.

Janelle assured Nicole that Memphis has said he will evict David if that happens.

“Why does he talk to you and he doesn’t talk to me?” Nicole snapped.

“Memphis is weird. You know that,” said Janelle saying her discussions with Memphis are awkward at times too. 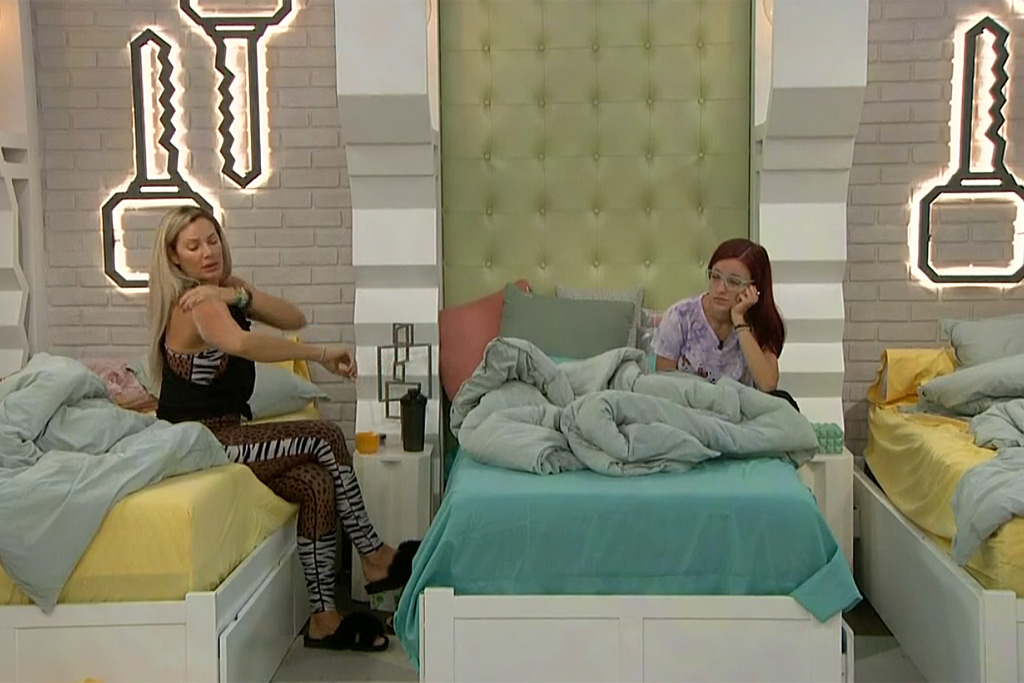 “I talk to him a little bit,” said Janelle.

“Janelle, you shared a freaking bottle of wine with him for two hours!” grumbled Nicole cutting Janelle off. As part of his HoH basket Memphis received a bottle of wine which he elected to share with Janelle.

“Yeah, because I was trying to keep you off the f—–g block. What do you think I was doing?” asked Janelle.

“I tried,” sighed Janelle as a very long and very awkward silence fell over the room.

“Not hard enough,” chuckled Nicole getting out of bed and immediately heading for the door.

“Well, I cannot make him do anything, Nicole,” answered Janelle continuing to apply lotion to her arms and shoulders.

“Well, he didn’t put you two up,” said Nicole about Kaysar and Janelle.

“You guys looked at me and said I was good,” said Nicole.

“We did,” said an exasperated Janelle.

“Now there is a vote and all of a sudden you care?” snickered Nicole.

“Do you care? Do you not care, Janelle? It is a bunch of horse s—t!” said Nicole as she stormed out of the bedroom.