Big Brother Spoilers: Houseguest preaches compassion after veto meeting - globaltv
Your browser is not fully supported. We do our best to optimize our websites to the most current web browsers. Please try another browser. ×
IN PARTNERSHIP WITH

The nominations are locked-in. Michael used the Power of Veto to take his ‘ride or die’ Brittany off the block. HoH Turner has put Kyle on the block beside Taylor as the final nominations of the week.

Michael was Turner’s target until he won the veto and Kyle’s contentious comments were brought to light by Michael and Brittany, who also find themselves in hot water with some of the houseguests. Some question the timing of their revelation and if it was a strategy.

After the meeting, Terrance shot some pool with Kyle and then spoke to Monte in one of the bedrooms about the situation Kyle finds himself in. He wondered if they should use the show as an opportunity to educate Kyle.

“I was just wracking my brain last night just about this whole situation, just everything and I know it will be an unpopular opinion but I am really thinking about the ramifications which will happen when he (Kyle) leaves. My thought process and you can correct me, us sending him away…Does that really change anything in his mind?” said Terrance to Monte.

“It doesn’t give him the opportunity to shift. My thought is would it be a better opportunity for him to stay and to grow, possibly progress his thought process? To give him the opportunity to change the stigma that he has,” said Terrance. “Kicking him out is the easy move. The harder move is to let him play the game. The problem I am having though with that process is Taylor is up against him. To me, that was a weirdo move by Mike to use the veto on Brittany.”

“We all saw that coming from a mile away though,” laughed Monte. 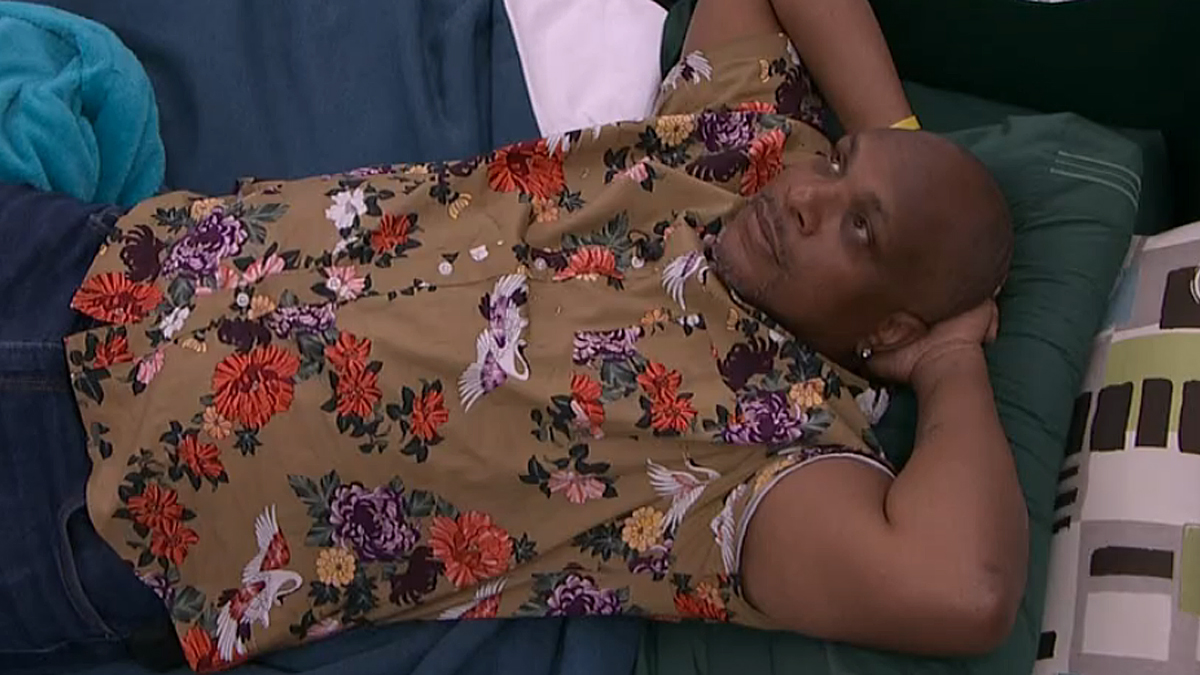 Terrance thought that Michael would have elected not used the veto and just fade into the background instead of possibly causing more waves.

“On top of that, Brittany hasn’t sat on the block for one eviction night. You do raise a valid point,” said Monte of Terrance wanting to “navigate all options even unpopular ones”.

Monte just wondered from a game perspective if they would be able to trust Kyle after everything that has happened.

“That is the only thing I struggle with. If it isn’t Michael how do I know it isn’t me based on the evidence I have seen thus far?” he said.

When Monte left Terrance alone, he spoke to the cameras, live feed viewers and his family.

“It has been an interesting 48 hours. I don’t know if I even want to talk about it. I just don’t know. I am trying to be progressive. I am trying to change the narrative. I just feel that if you do something different in a moment then you could see some kind of change,” said Terrance.