Big Brother Spoilers: HoH wants to do what no other HoH has - globaltv
Your browser is not fully supported. We do our best to optimize our websites to the most current web browsers. Please try another browser. ×
IN PARTNERSHIP WITH

HoH Turner has his sights set on getting house target Taylor out of the Big Brother game once and for all.

At today’s meeting he nominated Brittany and Michael to assure that Taylor won’t win the veto.

“I am not jumping for joy but I am not crying,” Brittany told Daniel on the couch in the front room.

“You guys are a solid team and he (Michael) is a veto king,” replied Daniel trying to ally any fears she has of being on the block.

Earlier in the day, Turner held court with Joseph and Daniel in his HoH room.

“Here is my thinking, obviously Taylor. Then there is Nicole. Joseph has suspicions about Nicole. I like Nicole. Taylor, obviously is not wanted in this house. I would prefer that she goes home this week on my HoH. People have tried that for three weeks in a row. It would be very cool to get that,” Turner said floating his nomination plans.

Turner told them Alyssa is off the table entirely because she is “dope”.

“If you have suggestions I am all ears,” said Turner opening up the floor.

Daniel put in some work for Nicole saying he was close to her and she would fight for them.

“I don’t want to make an enemy of the wrong person,” Turner said of her. 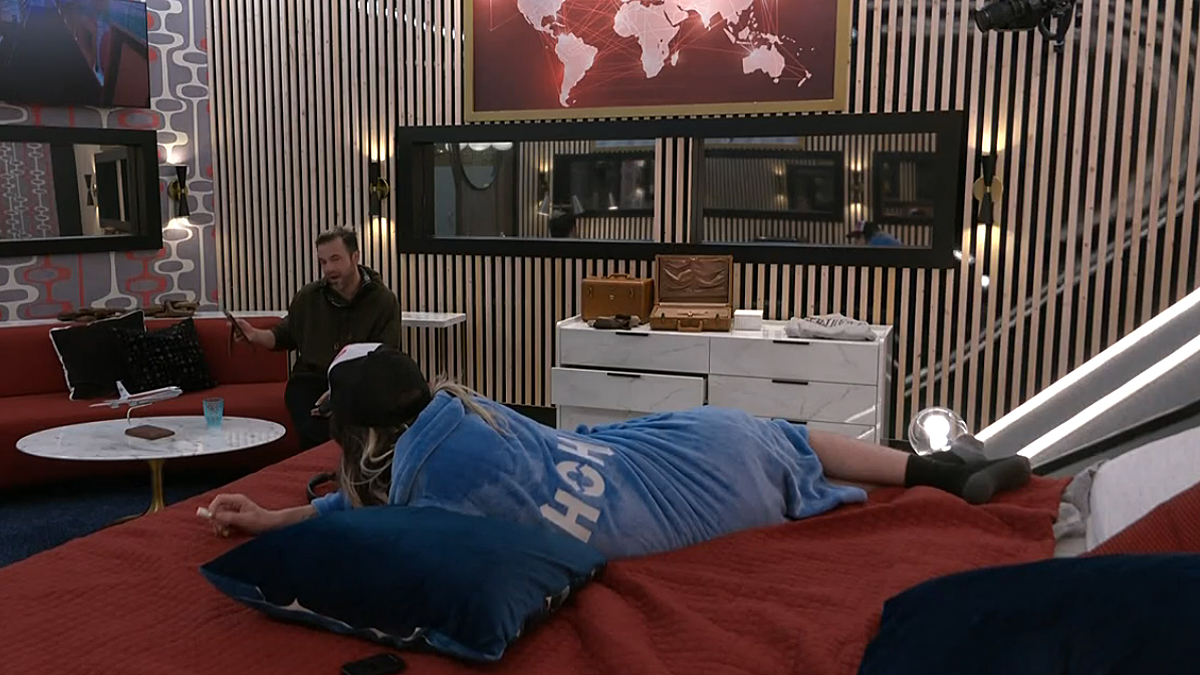 “I don’t know about you guys but Brittany freaks me the f—k out. She is up to something bro,” Turner said.

Daniel agreed. Brittany had given him the runaround all week about who she was voting for and why.

“The only targets in the house are, well, Brittany is off her rocker and Taylor is up my asshole,” laughed Turner.

Speaking to Brittany later on gave Turner a new idea. Brittany had mentioned how well Michael had done during the challenges so far and that he would be perfect to keep the veto out of Taylor’s reach.

“I can easily introduce this idea to Michael and then I can talk to other people and later on in the day I can wrap this around and introduce them to being a pawn. I think that will work out great,” he said to the cameras of his idea of nominating Michael alongside Brittany.

Turner called both Brittany and Michael to the HoH room to pitch the idea to them before nominations.

“I want to use you guys as pawns. Everyone has cleared it. I have talked to everyone,” he said.

Both Brittany and Michael were naturally very hesitant.

“I want to make sure whoever is the pawn pulls through,” said a worried Brittany.