Big Brother Spoilers: HoH protects their parachutes - globaltv
Your browser is not fully supported. We do our best to optimize our websites to the most current web browsers. Please try another browser. ×
IN PARTNERSHIP WITH

New Head of Household Monte has nominated Brittany and Alyssa for eviction.

Monte began his individual HoH meetings being mostly open and honest about who is putting up and why. He began with Alyssa.

“I think everyone is pretty much on-board with Brittany being on the block. I think that everything that has come out, we all know about it and it is pretty obvious that’s going to happen. As far as who I put next to her, if you want me to be completely transparent, I have always had a great relationship with Turner. I feel good with him. Taylor, as well. She has come a long way in this game especially being on the block 50 million times,” said Monte laying out his strategy.

Alyssa expressed her disappointment but knows her closest friends in the house are Monte and Turner.

“Being on the block three times in two days isn’t ideal but it’s the game,” she said.

Monte billed her being on the block as a “trust building” exercise.

Next was Brittany who told Monte she was surprised by Michael’s comments but understands them now. 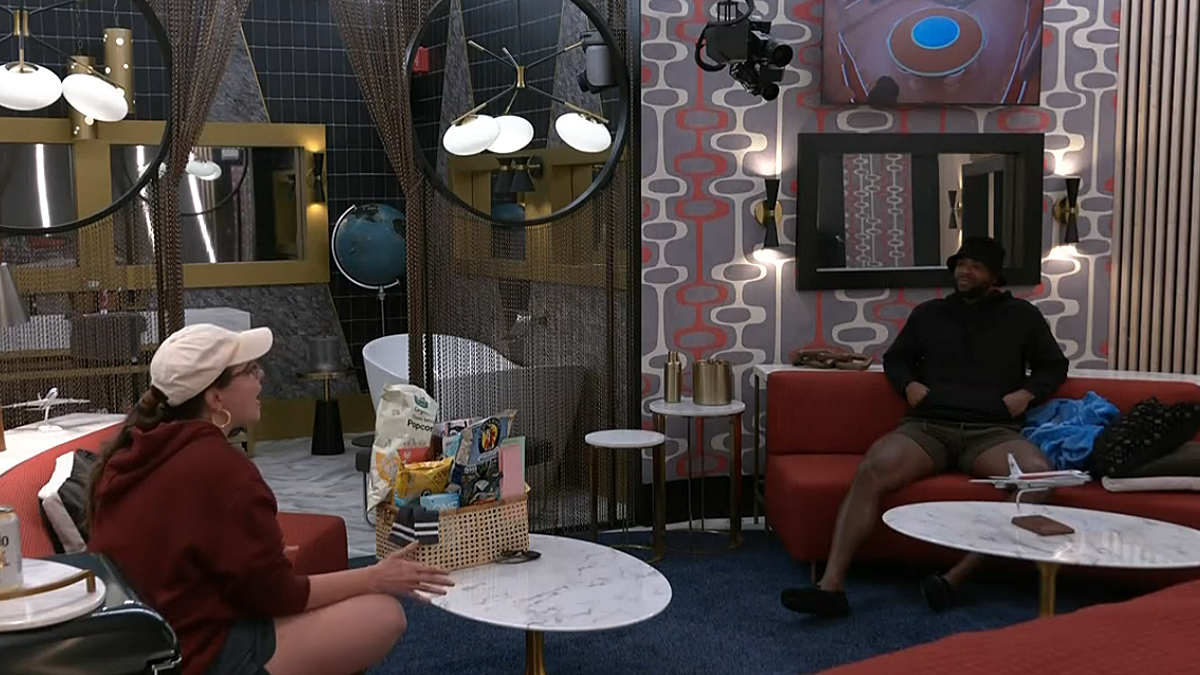 “I feel like he is going to regret how he acted but that’s for him to deal with,” she said.

Monte didn’t excuse Michael’s behavior but understood his back was against the wall.

Brittany claimed that Michael wasn’t aware of his own position in the game.

“We all knew if we were sitting beside him we would be in second,” said Brittany.

Monte told her that he knew she was separating her game from Michael’s last week but he himself never felt part of the conversations Brittany was having.

“I am just going to let this week ride out,” said Monte saying that the person he doesn’t feel he has an established connect with is Alyssa.

Brittany promised her loyalty to Taylor and Monte.

When it was Turner’s turn he and Monte celebrated.

“This couldn’t have worked better for us at all,” said a jubilant Turner.

“It is hard to digest but everything went perfect,” Monte responded slapping his hands together.

“Me and you are going to be in the end. I don’t think it will even be hard,” said Turner.

Monte told Turner that he gave Alyssa a heads-up about going on the block.

“Hopefully, she isn’t too stirred up about it,” said Monte.

Turner reported that Brittany is still trying to form finals twos with him and Taylor.

“Brittany is off the rails,” commented Monte.

Monte entertained Taylor next and his conversation with her showed that he is hedging his bets with his separate parachutes, Turner and Taylor.

He told her that Turner mentioned that Brittany is still making deals after everything that has happened.

Taylor confirmed that Brittany did so.

Monte vowed to work with Taylor to the end.