Big Brother Spoilers: HoH bombarded with nomination input - globaltv
Your browser is not fully supported. We do our best to optimize our websites to the most current web browsers. Please try another browser. ×
IN PARTNERSHIP WITH

There is no shortage of nomination advice for Daniel, this week’s Head of Household.

Ameerah Jones, the content designer from Maryland, was the first to bend his ear this morning.

“I am going to back you up and I will have all the girls back you up too for whatever you want, to get out a strong player,” Ameerah promised.

They both agreed that Paloma, Brittany, Alyssa are on their wave length.

“They give me good energy,” said Ameerah.

Daniel told Ameerah he appreciates that she has been right up front with him. He met with Michael in the storage room earlier and things were very awkward.

They then began discussing Indiana “Indy” Santos, the corporate flight attendant from California.

“Thank you!” replied Daniel. “As soon as I met her, she was feisty and I don’t know if I can trust someone who is that smart.”

Ameerah told Daniel she doesn’t know about Taylor either. There is something she just isn’t sure of.

“Yeah, anything we talk about is very surface level,” he said.

Ameerah floated the idea that Joseph, Kyle and Michael agreed to be Have-Nots to take the targets off of them being challenge threats.

The meeting broke up with Daniel letting her know that he wanted to speak to her some more later.

Nicole was next to corner Daniel in the HoH room in the afternoon. 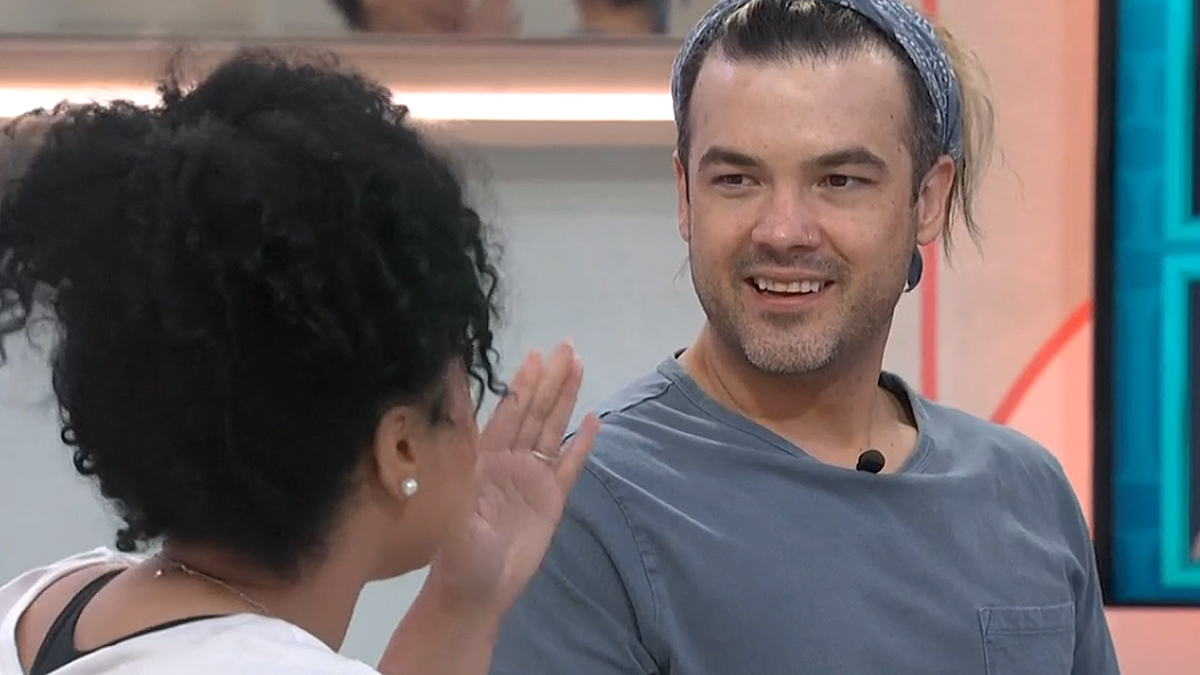 They are each other’s ‘number one’ in the game and promised not to tell anyone else that. Daniel gave Nicole the details of his chat with Ameerah.

“When you see me with these f—–g macho guys, I don’t want them to win the show,” said Daniel warning Nicole about him making the social rounds and not to read anything into that.

“We need to figure out how to even out the house too. I feel as if the vibe is nobody wants to talk strategy,” said a perplexed Nicole.

“It is bothering me too,” said Daniel who is itching to start playing the game.

“I think it is bothering a handful of people down there too,” she said of the other houseguests.

“If you see me with other people it is just because I want to advance our game,” Daniel warned again.

“My other main connections besides you are Monte and Terrance,” said Nicole detailing her relationships so far and how they could be used to their advantage.

Daniel thought having Monte in their alliance would be a good thing since he is a physical guy and could be a target or shield later on.

“Is there anyone you aren’t feeling at all?” Nicole asked.

“Game-wise? I think it is tough. Indy maybe? Only because we haven’t talked,” he answered.

“I cannot believe that nobody has come up today. I am not supposed to be searching you guys out right now,” he sighed.

“Reality is going to set in really quickly and people are going to be scrambling,” said Nicole shaking her head.

Nicole suggested that Ameerah not be nominated for the simple fact that she came up and spoke game with Daniel while everyone else has been shying away from doing so.

Daniel suggested the name of their alliance should be the Rogue Rats right before Nicole went back downstairs.

Joe “Pooch” snuck into the HoH after Nicole left.

Pooch and Daniel also both admitted they want to play the game but everyone is holding back.

“We are in the game and I want to be here for a long time,” said Pooch.

Pooch reviewed his picks as Backstage Boss. He said Alyssa was the angriest about his decision.

“I get that. It is tough,” said Pooch. “They all took it easy on me and I appreciated that.”

Daniel is confused by the fact that Pooch’s picks cannot be nominated but they could still be evicted.

Pooch wondered if someone will be able to change the nominations or if there will be a competition and the loser of that is nominated.

Turner then crashed the party. He felt sorry for Daniel as there isn’t much information to base his nominations on. It didn’t take long for Turner to say that if he was HoH, Michael would end up on the block.