Big Brother Spoilers: Have-Nots Revealed - globaltv
Your browser is not fully supported. We do our best to optimize our websites to the most current web browsers. Please try another browser. ×
IN PARTNERSHIP WITH

You know the Big Brother game is really on when the Have-Nots are dining on that tasty, yummy slop.

When the feeds from the house went live early Thursday morning Big Brother forced Head of Household Daniel Durston to pick four Have-Nots for the week. Since ‘backstagers’ Joe, Brittany, Paloma and Alyssa were exempt Daniel’s choices were limited.

“The Have-Nots have to take cold showers, can only eat BB Slop and will endure the BB Motel’s dreaded Have-Not room for the entire week,” said Daniel reading from an announcement given to him by Big Brother. 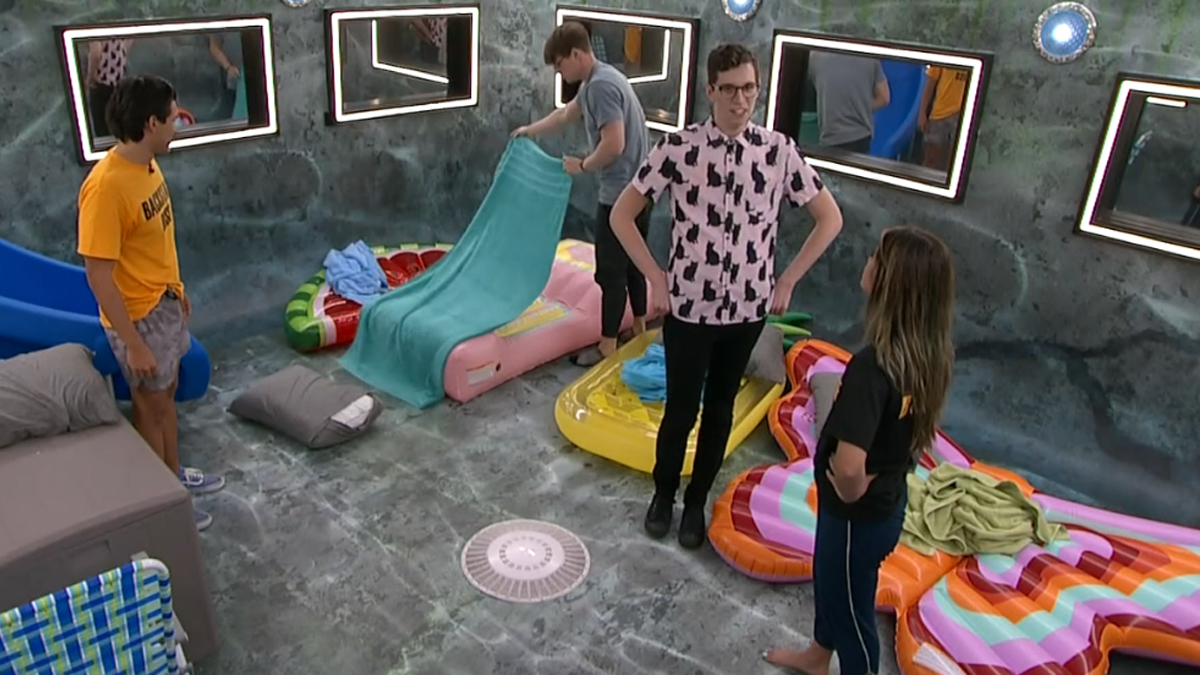 Daniel was spared getting any blood on his hands when Joseph, Michael, Monte and Kyle all volunteered to be Have-Nots.

Once Daniel’s victims were named everyone went up to see the Have-Not room. This year’s room was made to look like a motel swimming pool with a ladder, a drain and floaties for the houseguests to sleep on.