Big Brother Spoilers: Forgiving houseguest reaches out: ‘We need to change how we move in life’ - globaltv
Your browser is not fully supported. We do our best to optimize our websites to the most current web browsers. Please try another browser. ×
IN PARTNERSHIP WITH

One Big Brother houseguest is continuing to take a different, more kind-hearted approach to a volatile situation in the house.

Terrance, whose parents are deacons, is continuing to preach understanding and forgiveness. He initiated a one-on-one with Kyle to address his contentious comments hoping to educate and better understand him, his admitted sheltered Mormon background as well as drop some pearls of wisdom on him.

“I feel that life happens so fast and people sometimes spin one thing or have one idea and it just goes off the rails. It is like getting something without the full context. You only get the ‘click-bait’ of something somebody said. People can take that narrative and run with it, move in that direction, let that be the gospel,” Terrance began saying he was thinking of how his parents would want him to view and deal with the situation.

“It is an easier solution to send you to jury, evict you from the house which would be the quick and easiest way to do something. I just feel there is an opportunity to change the narrative not only about what the house thinks but what America thinks,” he continued.

Terrance then addressed how he personally feels. 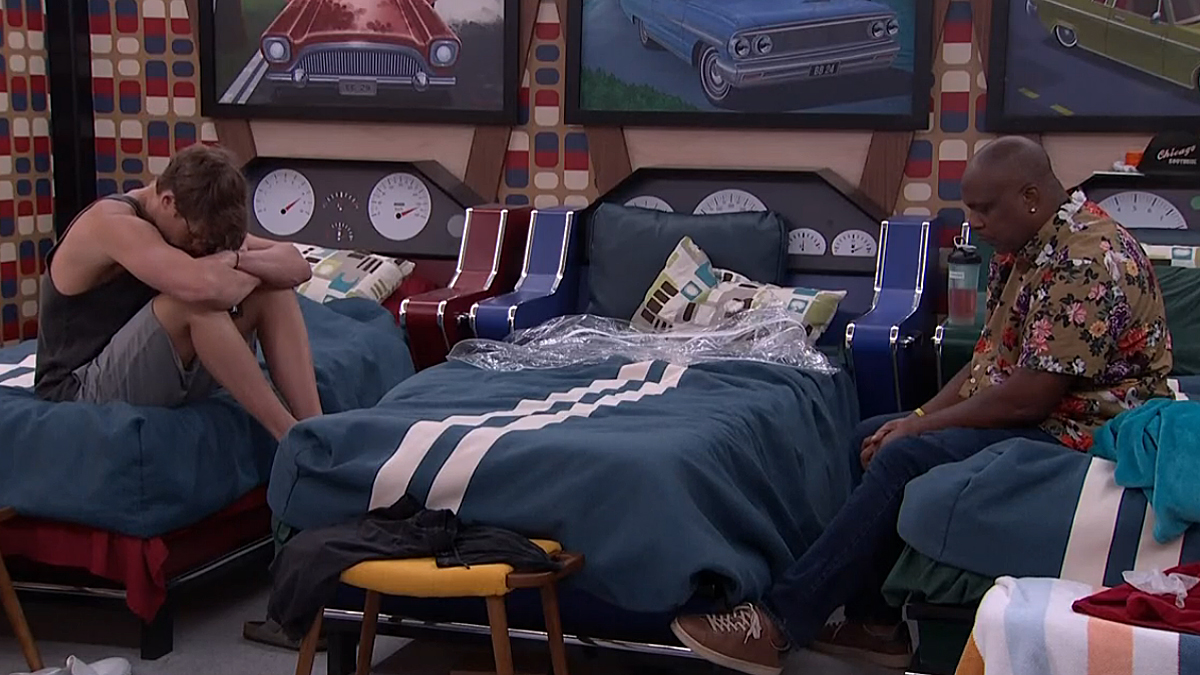 “In my mind, if you forgive someone you should try to make them whole. I don’t forget the action but I forgive what happened. I cannot forgive you and condemn you at the same time because that is not forgiveness,” explained Terrance as Kyle sat across from him quietly listening.

Terrance pointed out what bothers him about how some people behave and act these days.

“People need to practice forgiveness more than they practice condemning somebody, demonizing them for their actions. You have a teachable moment that you can educate someone. I can help you understand the severity of the thought process because in this realm it just affects the gameplay but this can affect someone’s life,” he said pointing out that Kyle probably should have picked people’s brains in the house before drawing the conclusions that he might have come to.

Terrance said that he sees the situation far differently than anyone because he is the oldest one in the house and he is glad he is still in the game and the house so he could be involved in the resolution of the situation, perhaps guide it along.

“I preferred that you stayed. Not for gameplay…in this instance of the game I prefer that you continue on your journey as you have a chance to learn from the things you felt and said. You have to fully embrace the truth about how you feel. It is an empowering and a vulnerable thing that makes you feel most afraid when you have to face that mirror but it could be the most refreshing thing in the world,” said Terrance letting Kyle know that at times he didn’t feel confident in the house because he is the oldest, the slowest, etc. Like him, he has to face those issues to bring about true change which is why he is exercising every morning now.

Terrance asked Kyle to teach him too. He has never been to Utah. He doesn’t know how people live there or how life is there.

Terrance also said how he understands how the game and paranoia can get to every player sometimes.

“When you guys had a melting pot of people in The Leftovers I understand your thoughts about how it was going to break off and what was going to happen. The ‘What If..’ game is the Pooch game. You cannot play that game. You have to play what’s really in front of you. You might want to keep a couple of steps ahead but sometimes this game doesn’t even give you that,” he said hoping that Kyle builds bridges in jury with the other houseguests.

Terrance expressed to Kyle that he doesn’t care what heat he takes outside of the house for being forgiving.

“My goal is that I don’t want this stigma to go past this house. I would love for it to stay right here so it doesn’t affect you, your parents, your family or your friends or anything like that. People can see that I gave you chance and I am willing to take all the hell for doing that and I don’t care about that because I think we need to change how we move in life because we have seen all the ugly s—t that happens,” he said.

Kyle then expressed to Terrance how he took a long, hard look at himself.

“I appreciate you saying all of this. Today was the first time I suffered a panic attack. It felt as if the weight of the world was on my shoulders. I felt like I let everyone down especially those in the house who I haven’t built that connection with. I was making excuses but I came to the understanding today that I was playing a selfish game. I was thinking of myself and only that. I never thought to understand these situations. That is going to be my biggest regret of this game,” he said thanking Terrance for his patience and understanding.