Big Brother Spoilers: Evicted houseguest on love and losing - globaltv
Your browser is not fully supported. We do our best to optimize our websites to the most current web browsers. Please try another browser. ×
IN PARTNERSHIP WITH

There was a lot of fight in Christian Birkenberger. He just couldn’t overcome the odds that were stacked against him. With only his showmance Alyssa and his close ally Xavier voting for him to stay, Christian and his competition track record were too dangerous for others to keep in the game. Christian though has no regrets about how he played the game.

John Powell: You missed jury by one week but you also get to go home now. What are your feelings about how your game ended and not being on the jury?

Christian Birkenberger: “I went out in an extremely honourable way. I feel if I were to sit down and just let myself go out without a fight that’s not something that can I respect. It is not a part of my own personality. I am so happy that I went out fighting for three days straight because my hope in the ability to stay in this house was through the roof. I was extremely hopeful as I always am. Although I was let down in the end, I am happy with the way I played.”

“I am extremely disappointed not to be on jury for multiple reasons and really every single reason is just because of Alyssa. I do wish I was on jury in the event, the unfortunate event, that Alyssa went home shortly after me. I would have been able to spend a lot more time with her. Another reason is in the most hopeful event that Alyssa was in the finale. I would have worked harder than I did to survive to make sure that she had the votes from the jury in order to win the game because I genuinely want the best for her.”

John Powell: You and Alyssa really formed a close bond in the house. What brought you two together and what do you see happening in the future?

Christian Birkenberger: “We definitely formed a really strong bond in the house and I think it was thanks to Frenchie. Week one he forced us to stay apart because he did start a rumour that we were in a showmance, which was not true at the time. Everyone wants what they can’t have. We couldn’t have each other. We couldn’t even communicate with each other. We were targeted for making slop with each other and we couldn’t even eat with each other. The fact that he started that rumour really brought us together once we decided that we have to work with each other because that target is never going to go away. It was a pretty quick relationship after we decided to start communicating with each other and it was extremely genuine because I do have those feelings for her now outside the game. I am extremely, extremely hopeful that those feelings in her heart remain because they will remain in my heart until she gets back and we have another conversation. The status at the moment is that we are nothing official. I’m looking forward to discussing that and making it official when I get the opportunity in two months.”

John Powell: How much does it mean to you that Alyssa and Xavier remain faithful to their alliance friendship with you and voted for you to stay. 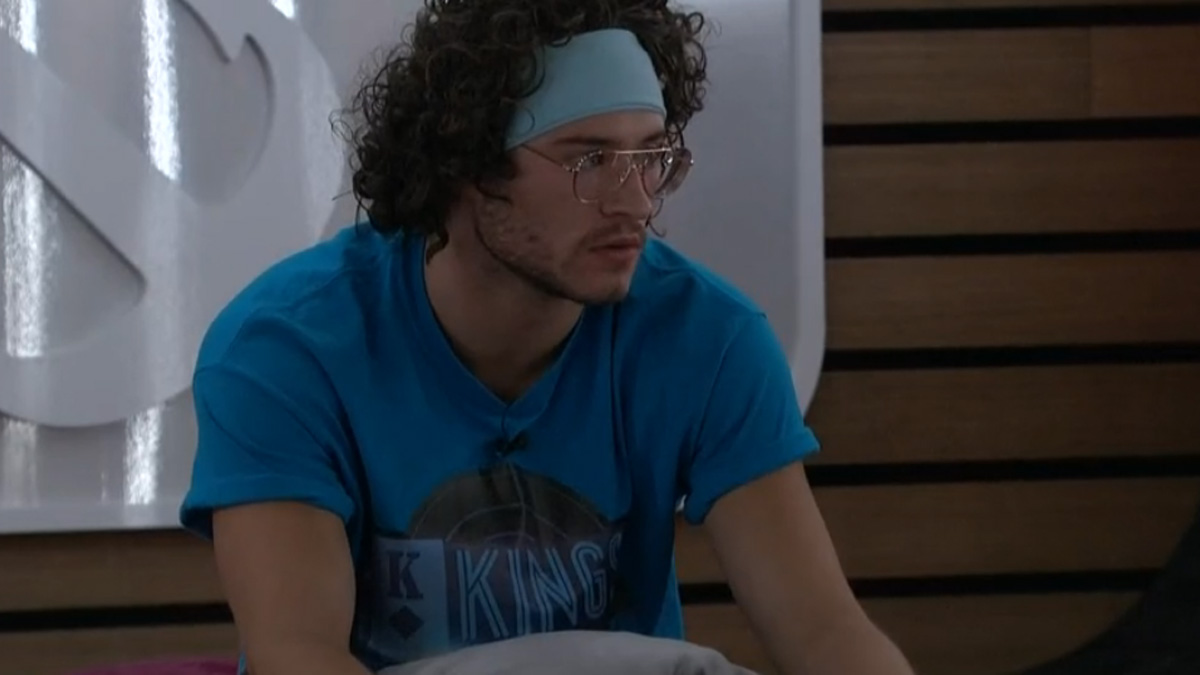 Christian Birkenberger: “It does mean a lot to me because that kind of confirmed that everything within our relationship was genuine. However, it is a game. I’m very aware that this is a game and in the event that I didn’t have their votes, I would not have taken it personally. I would not have been heartbroken. I would have been maybe a little bummed out but I would have moved on and been okay with it. I’m even more excited to see them after the show because I know how loyal they are to me even in the event that this could have potentially hurt their game.”

John Powell: Did it disappoint you that Derek X seized the opportunity to put you on the block but you didn’t nominate him when you were HoH last week. What do you think of that situation?

Christian Birkenberger: “It only disappoints me because I went against my better judgment within my day-to-day life. I do not follow my gut. That is a something I really need to work on because I regret that especially now. I always think with my heart and not with my head and if I were thinking with my head, I would have taken out Derrick X last week, however, I let others influence my decision. I really thought it was a bigger investment to keep them around for my own safety versus taking him out then. Good for him. There’s no hard feelings and it was the right move for him to do. I do think that he is the next target and he would have had a better run in this game if he kept me around. I fully believe that.”

John Powell: You did extremely well at the challenges. Did you ever think about throwing a challenge to reduce the target on yourself and what do you think about the strategy of throwing challenges in general?

Christian Birkenberger:  “I have considered throwing challenges. I know that’s probably hard to believe but I did consider it especially when I was HoH. I did want to have the ability to put up Derek X as a backdoor option in that. I don’t regret winning the competitions that I did because I was forced to win. After week one, I was forced to win competitions. However, I did consider throwing the competitions but that is not in my nature and if I were given the opportunity to play again, I would absolutely play a different game.”

John Powell: Do you think the Royal Flush Alliance can get past the rough spot and continue on?

Christian Birkenberger:  “Absolutely not. Every single alliance has blown up and in my face and everybody else’s face so that Royal Flush alliance is completely out the window. As a fan, I’m extremely excited to hear about the history-making alliance that is going on that I was not asked to be a part of, which I understand. I’m extremely happy that I was a part of this season because of that but the Royal Flush is gone. It is flushed. Derek X is in big trouble and I can’t wait to say ‘I told you so’ the second that I see him walk out the house next week.

John Powell: Speaking of alliances, and you might have alluded to this, but there was another alliance in the house that formed in the first week. It is the Cookout with Azah, Tiffany, Kyland, Xavier, Derek K. and Hannah, as an affiliate member. How do you feel about that alliance?

Christian Birkenberger: “This is extremely surprising to me because I have never seen this group of people in a room together. I’ve never seen it happen. They’re extremely good at keeping things a secret. I do feel that alliance influenced every single decision up to this point andthey’re going to influence every decision and control every decision after this point. So, they’re doing a great job. I’m extremely excited to see where that alliance takes everybody.”

John Powell: We have heard you mentioned many times that you weren’t in the game for the grand prize. What was your goal going into the house and did you accomplish it?

Christian Birkenberger: “My goal in the house was to have an extremely exciting and fun summer with a group of people that I hopefully would make a connection with for the rest of my life. Another part of it was to win competitions. I came into this house completely exceeding and checking off every single expectation that I had. I played the game that I really wanted to. I was loyal. I think that it was perceived well by America and I hope that they enjoyed watching me as much as I enjoyed playing. I can honestly say that that cash prize didn’t matter. It could have been $3 million. I still came to play the game I wanted to play and make friends and have fun. Some people may not respect that and think that is stupid but it doesn’t matter. Money does not really mean too much to me. I really value the friendships that I made after this game and I had so much fun. I hope that I have another opportunity like this again because I would absolutely take it.”