Big Brother Spoilers: Double Eviction Fallout - globaltv
Your browser is not fully supported. We do our best to optimize our websites to the most current web browsers. Please try another browser. ×
IN PARTNERSHIP WITH

The Big Brother USA 24 jury house is closer to being full as on the live double eviction show two more houseguests joined the jury.

Terrance was the first to be unanimously voted out of the house.

Terrance told host Julie Chen Moonves the reason he was sent packing was because he was a wild card in the game.

“It is was a safer situation because of how I think about the game and how I move the game and try to manipulate and influence different people to make different moves. When you cannot control that part of it and you can control someone it makes it an easier game,” he said.

Once Terrance was evicted Turner won Head of Household nominating Brittany and Alyssa but promising Alyssa she was not going home. Monte won the Power of Veto and used it to take Alyssa down. Turner then had to stand and make his replacement decision.

“Turner you are safe with me if you don’t do this, please!” begged Michael.

“I would never take out another LGBTQ person!” said Michael to Turner as the show came back from commercial for the vote. On Monte’s HoH though during week four Michael did vote Nicole out of the house.

“That wasn’t my plan!” Turner argued back as everyone sat down and prepared for the vote.

“I think it was a big shot and I don’t blame them. I think they made the right move so I cannot be mad about it. It is a game. I love this game so much so I respect it,” Michael said to Chen Moonves about the house’s decision to finally vote him out of the game.

When the live feeds returned the remaining houseguests were still digesting what just happened.

“Imagine going from HoH to being evicted in the same night?” said Alyssa to the other remaining houseguests as they waited for Michael’s picture to turn black on the memory wall. 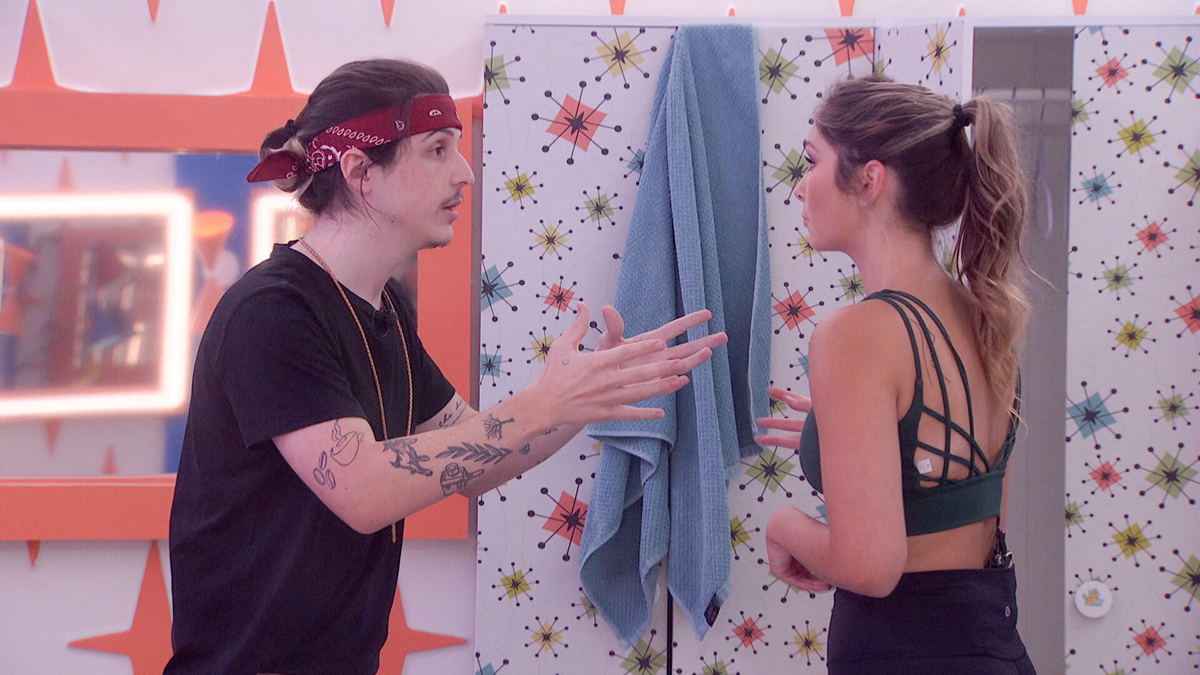 As Taylor and Brittany went off to talk alone in one of the bedrooms, Turner, Alyssa and Monte stayed behind to chat in the kitchen.

“You guys are my two best friends in this house,” Turner declared to Monte and Alyssa.

“I told everyone you are not sending Alyssa home on my HoH,” Turned explained to Alyssa.

“He made that very clear,” Monte confirmed.

Alyssa told Turner and Monte that in his bid to stay Michael was telling everyone that Brittany has lied about everything to everyone including what her real job is.

“He was going on a rant…He said that she has told him so much s—t but he kept it to himself,” said Alyssa.

In one of the bedrooms, Brittany continued to cry in front of Taylor.

“At least you didn’t have to do the vote,” said Taylor to her.

“I know it is what needed to happen,” sobbed Brittany.

“The pitch from him was hard to hear,” answered Taylor. “It was the way he went out more than anything.”

“He didn’t understand that people were after him. He didn’t get it,” said Brittany. “I was like, dude, your only strategy is to win (competitions)!”

“I am just thrown by what he said. I don’t know what to think right now,” continued Brittany.

When they were alone, Monte and Turner spoke about Michael’s comment about being nominated by Turner, another LGBTQ member, and trying to guilt him about it.

“What did you say?” asked Monte.

“When Michael said that to me I said it was so f—-d up he would say that,” said Turner.

“That was too,” agreed Monte.

“I should have said ‘messed up’ but I was so pissed,” said Turner.