Big Brother Spoilers: Contentious comments could send a player home - globaltv
Your browser is not fully supported. We do our best to optimize our websites to the most current web browsers. Please try another browser. ×
IN PARTNERSHIP WITH

A controversial statement inside the Big Brother house could not only cost a houseguest their game but two others are now in the firing line as well.

Kyle made a comment, an observation on the live feeds about how he saw the house politics, alliances playing out.

“The fact of those six with that background it looks very similar to The Cookout with a very diverse background. They have all expressed why they are in this game. Joseph, more Middle Eastern representation. Indy, there has never been a Brazilian contestant or winner. Everyone has those strong ‘whys’ and they all coincide. I look at our alliance because it was based out of necessity and our backs were against the wall and that is what brought us together, take away that necessity or fear, a risk of a bigger alliance out there, I don’t know,” said Kyle.

Some fans have interpreted this as Kyle pushing for an alliance based on racial lines while others believe Kyle was just being paranoid about another Cookout alliance possibly forming in the house due to a collective purpose as what occurred during last year’s season of Big Brother USA.

Kyle’s comments have now come to light in the house as Michael and Brittany revealed them to the other houseguests. There is not only backlash against Kyle but also against Michael and Brittany for only mentioning them now. Some accuse them of employing those comments as strategy in the game.

Everything came to a head yesterday when there were several confrontations in the house because of the situation and the knowledge that at today’s Power of Veto meeting, Michael will likely use the veto to take Brittany down. That means HoH Turner must nominate someone in her place. Michael was Turner’s original target. 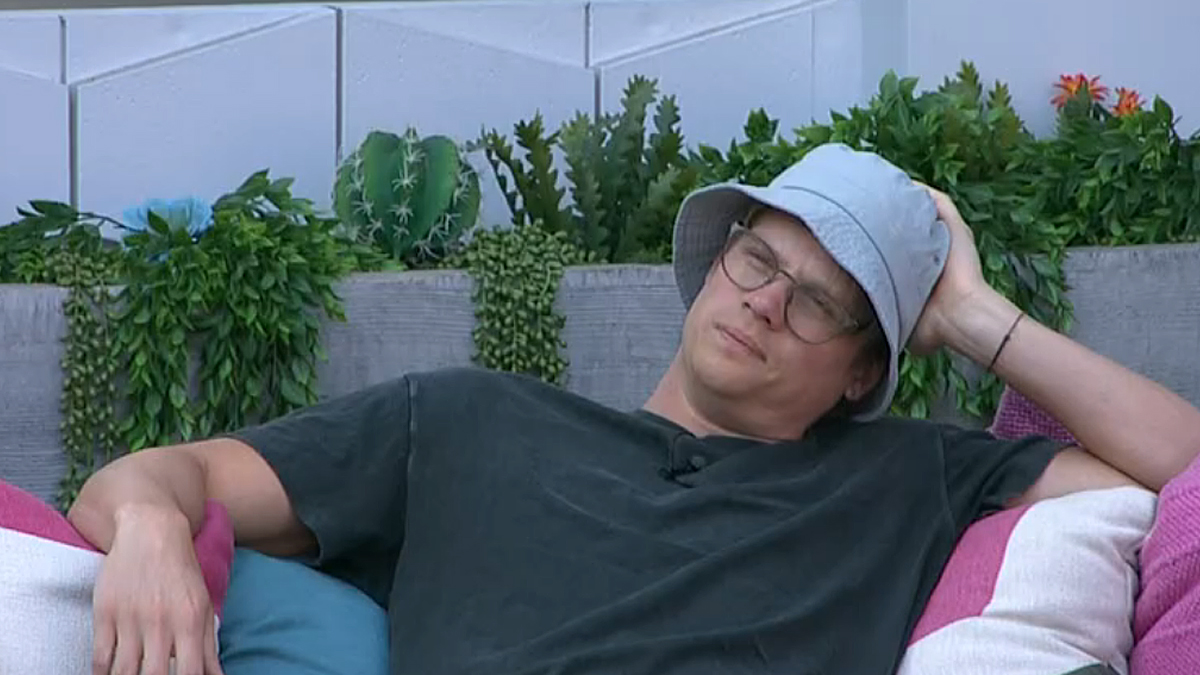 “I am just curious to hear your thoughts and if the plan is the same. I know that it will be something that everyone will hear,” Brittany said to Michael in the storage room.

“Nobody said anything else to me last night. So, I don’t know. I plan on using it on you,” Michael replied.

“The house is mad at Kyle but they are also not happy with me, the timing and all that too. I think it would make sense if the house wants Kyle out, it shouldn’t make a difference. I can see people wanting to hurt you and getting rid of me though,” she added saying that Terrance lumps Kyle in with them now.

“Are we still working with Monte? Does he not want to work with us any more? I think for the both of us, Terrance is a lost cause but I still want to apologize to him,” said Brittany. “I just want to lay low for a few days and get back to normal.”

In the HoH room, Terrance apologized to Turner for his outburst yesterday.

“My head is screwed on pretty tight right now. I think there is a pretty clear objective for the week. I just put Kyle up and the house will do what it does,” said Turner.

“My game was outed yesterday and I feel like I was the only one,” he continued expressing his disappointment.

“Me and you are me and you,” he said wanting Turner to know they are still cool despite what happened.

“If you felt I was overly aggressive yesterday…,” said Terrance.

“No, I am good,” Turned replied before he could even finish.

“I just wanted to apologize to everyone today,” said Terrance.

“I think this issue is far beyond me to feel any type of way about your aggression. That is so far away and past that,” replied Turner.