Big Brother Spoilers: Christmas targets Enzo, Nicole in her latest campaign - globaltv
Your browser is not fully supported. We do our best to optimize our websites to the most current web browsers. Please try another browser. ×
IN PARTNERSHIP WITH

With just a day until Cody must decide who he is taking with him to the All-Star finals Christmas campaigned to him once again but this time she targeted the other players in her argument.

“I don’t want to bug you but I also want to keep touching base with you. This is down to the end and I want to clear some s—t out,” began Christmas as they met in one of the bedrooms.

“One, you know I am here to play competitions but I am also here for my family. I think you have a very similar relationship with your family that you would do anything for them. With that in mind, I have to do whatever I have to do for my family to make sure I go to the next round,” she said preparing him for what she was about to say.

“I was very shocked to go up on the block this week. I was furious with Enzo. I was furious because when I went on the block before he told me he wasn’t going to put me up again and that he owed me one. He reinforced that after the triple (eviction),” said Christmas detailing why her relationship and trust in Enzo has soured.

“He told me he wanted to bring me to the final two because he knows he cannot beat you or Nicole in front of the jury. He has the best chance against me. I am telling you this because you know how I play. I have already promised you that if you take me to the final three I am going to fight like hell and if I win, I will take you to the final two,” she revealed saying that the eviction show is almost here and it is time for everyone to lay all of their cards on the table. 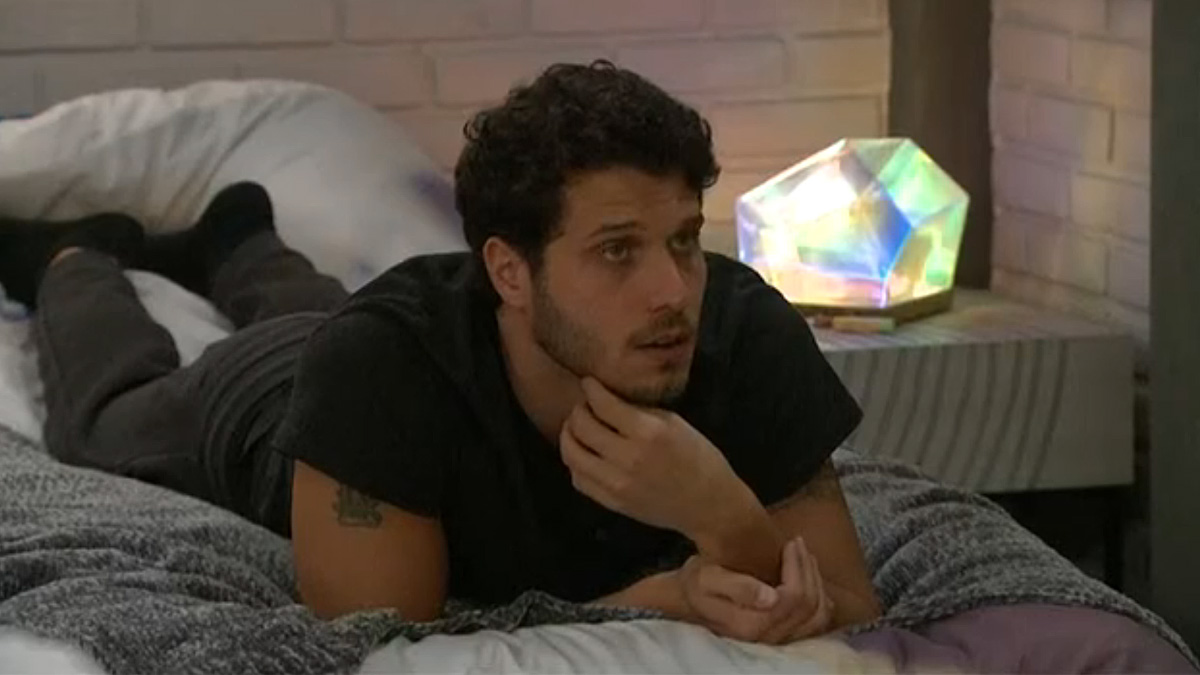 “You know I am going to keep my promise to you and I am not even asking you to take me to the final two. Do whatever the f—k you want. I just want to have that opportunity,” she asked.

“I know what you mean. Just to have the opportunity to be there and fight for it, which you didn’t get to do last season,” replied Cody understanding Christmas’ position.

“It is the eleventh hour. The gloves have to come off,” she said.

“I cannot believe he was trying to squeeze me out,” said a stunned Cody about Enzo.

“That was his intension,” said Christmas.

“You feel like you have been duped constantly which is a s—-y thing to feel,” said Cody.

Cody said he is having a hard time coming to a decision. It was far simpler during Big Brother 16.

“On sixteen when I won the veto I knew exactly what I was doing. I was cutting Caleb. I was either going to take a beast to the final three or someone who is just not here, no disrespect to her (Victoria) in any way but it was an easy decision,” he recalled.

Christmas then warned Cody about the threat Nicole poses if she gets to the final two.

“I love and adore Nicole but if she gets to that chair it is like that comment you made earlier. The jury doesn’t care. They will see that she has won before and she didn’t do anything until the end and she will be able to argue that through and through. She kept a low profile,” Christmas warned.