Big Brother Spoilers: Camp Comeback clash - globaltv
Your browser is not fully supported. We do our best to optimize our websites to the most current web browsers. Please try another browser. ×
IN PARTNERSHIP WITH

A camper is a competitor once again.

Cliff, the petroleum engineer from Texas, became the last member of Camp Comeback but he dominated the Comeback Challenge to return to the house and the game.

In the ball balancing game, he sunk all six of his balls in the three minute time limit. Ovi sunk one. Kemi and David, didn’t sink any.

Cliff was evicted from the house by a 6 to 4 vote. Bella, Jessica, Kat and Sam wanted Cliff to stay and Analyse, Christie, Holly, Jack, Jackson and Tommy wanted him to go.

Kemi, Ovi and David spoke with host Julie Chen-Moonves after losing their bids to return. 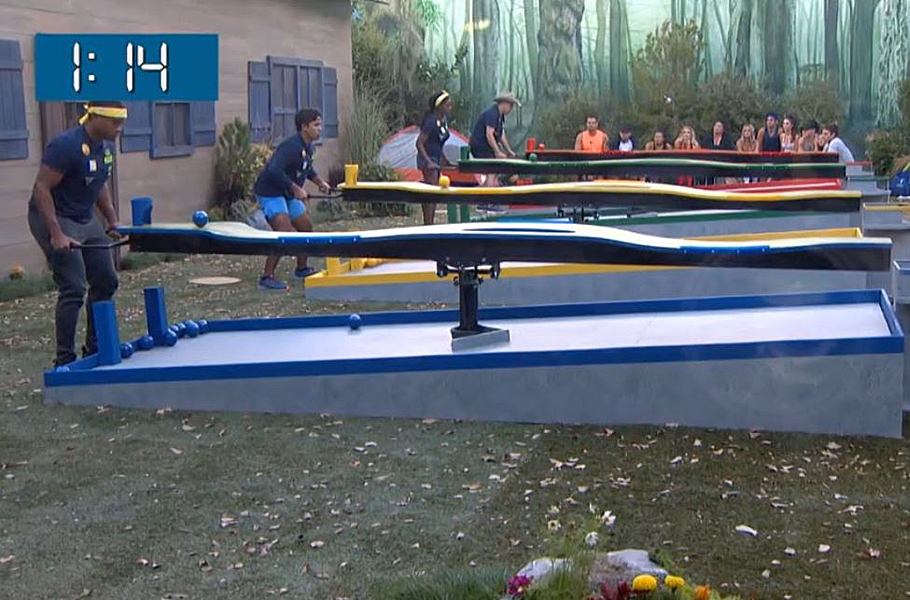 Although he was teary-eyed and disappointed, David saluted Cliff’s performance in the competition.

“He beat me down twice. I am so proud of what he did. It sucks to be on this side but he destroyed that competition,” said a respectful David as he choked back even more tears.

Chen-Moonves asked Ovi about being ostracized by the other houseguests as part of Camp Comeback. He chalked that up to gameplay.

“It is strictly game a lot of the time. It feels personal when you are on the other end but I understand a lot of people are just trying to play a game,” he said.