Big Brother Spoilers: Blow-up shakes up the Core Four - globaltv
Your browser is not fully supported. We do our best to optimize our websites to the most current web browsers. Please try another browser. ×
IN PARTNERSHIP WITH

The Core Four is in an uproar.

Da’Vonne using the Power of Veto on Kevin and forcing HoH Danielle to nominate Ian in his place has the Core Four (Danielle, Cody, Nicole and Enzo) at each other’s throats. At the heart of the conflict is that Ian is Nicole’s parachute or plus-one ally in the game and also Ian has not taken his nomination very well. In fact, he had an uncharacteristically heated confrontation with Danielle when the live feeds from the house were blacked out for a period of time last night.

When the feeds returned Nicole was bitterly complained to Cody that Danielle purposely decided to put Ian up instead of Enzo, Cody’s parachute.

“If this was Enzo it would be a completely different ballgame! We had a four deal with Enzo and a four deal with Ian. It is Ian on the block and I have empathy for him and I think that you just consistently think that this is a good game move!” said Nicole starting to cry.

“She had to pick between them two and she picked Ian! She had a choice between your number one and my number one!” sobbed Nicole.

“No, it’s not!” cried Nicole as she stormed away.

It should be noted that in the outside world Nicole, a social media influencer, has lost several of her sponsors due to a situation in the house involving Ian and how she, others reacted.

As Cody sat in stunned disbelief smiling to himself Danielle summoned him to the HoH room.

“What the f–k is he doing?” Cody asked Danielle about Ian.

“I am so frustrated!” said Danielle.

“He literally told me this is all because of me and he would never give me his jury vote. It is so hard because I genuinely care about him and I don’t care about many people in this house,” said Danielle.

“I am so pissed because he probably freaking hurt me but I am not sacrificing my game for him,” said an adamant Danielle.

She reiterated her loyalty to the Core Four.

“Yeah, nobody is going to say anything about it,” replied Cody.

“I made this deal day two and I am sticking to it,” she promised.

“I am so frustrated right now. He had his finger in my face. I hate when people play on my emotions,” she said about Ian blowing up at her when the feeds were off.

“This is the tough, tough truth. Are you ready for it? You put yourself here because you didn’t want to nominate Da’vonne. I am sorry that I am saying it to you. You might be irritated but you have this connection with her and you chose to do it to him because you didn’t want to do it to her so live with that and deal with that,” said Cody sternly.

For his part, Ian admitted to Cody later that what’s bothering him the most is that he is a former winner and people are going to criticized his gameplay this season.

“People will say this will not happen to anyone that is a good player,” said Ian. 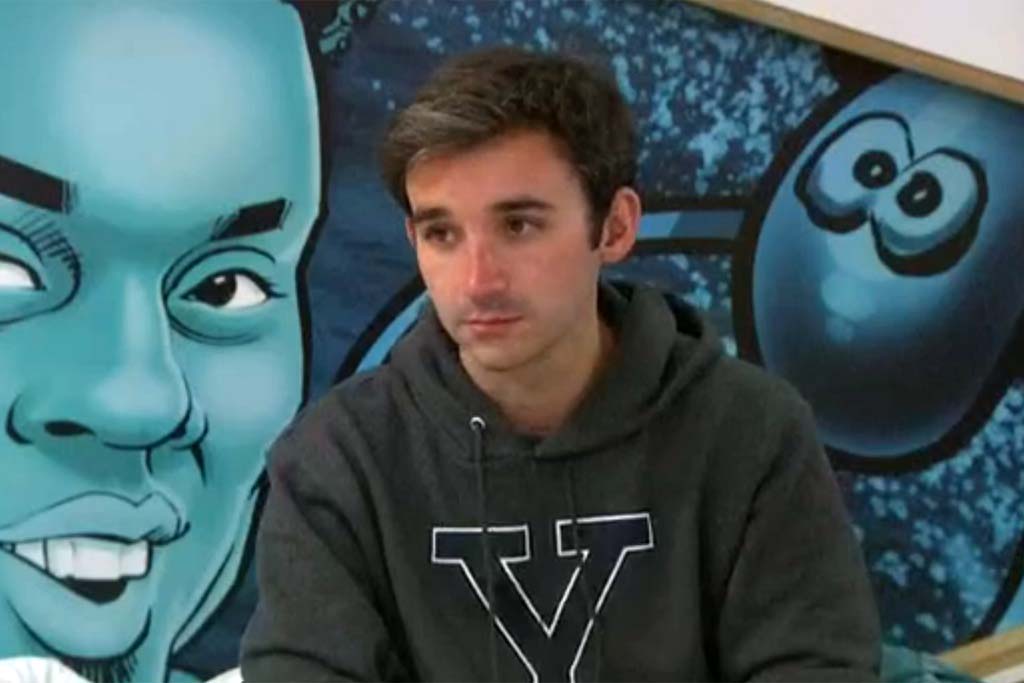 Cody advised him not to pay attention to the commentary of the fans or the media. He was often compared to Victoria because he lost to Derrick during his season.

“The people who say that stuff are huge idiots and they’re just jealous. That is really what it comes down to,” Ian concluded.

In speaking to Christmas and Tyler, Ian admitted he overreacted with Danielle.

“The drive to not lose is very, very powerful a lot of the time,” he confessed.

“Competition for me was an obsession. I sacrificed a tremendous amount to compete and when I did, I wasn’t going to be mediocre. There isn’t a lot of balance between competition and life,” said Christmas about her sports career.

“I am just going to let it go for now,” said Ian about speaking to Danielle.

“Yeah, wait until tomorrow,” Christmas advised as they turned in for the night.

Reader Alert: Note this week’ schedule change. Wednesday’s episode of Big Brother aired last night instead of tonight on Global. If you missed it, you can check it out here.