Big Brother spoilers: Blind leading the blind - globaltv
Your browser is not fully supported. We do our best to optimize our websites to the most current web browsers. Please try another browser. ×
IN PARTNERSHIP WITH

How desperate is nominee Sam getting in his quest to stay in the house?

He is seeking game advice from Analyse.

Certain that he will be evicted on Thursday unless he can sway the house to flip the vote, Sam embarked on the task of picking Analyse’s brain as best that he could.

“I am pissed,” Sam confessed about his fate in the game.

“I know you are,” she replied folding laundry.

“Are you going to vote for me on Thursday?” asked Sam cracking his knuckles as he spoke. 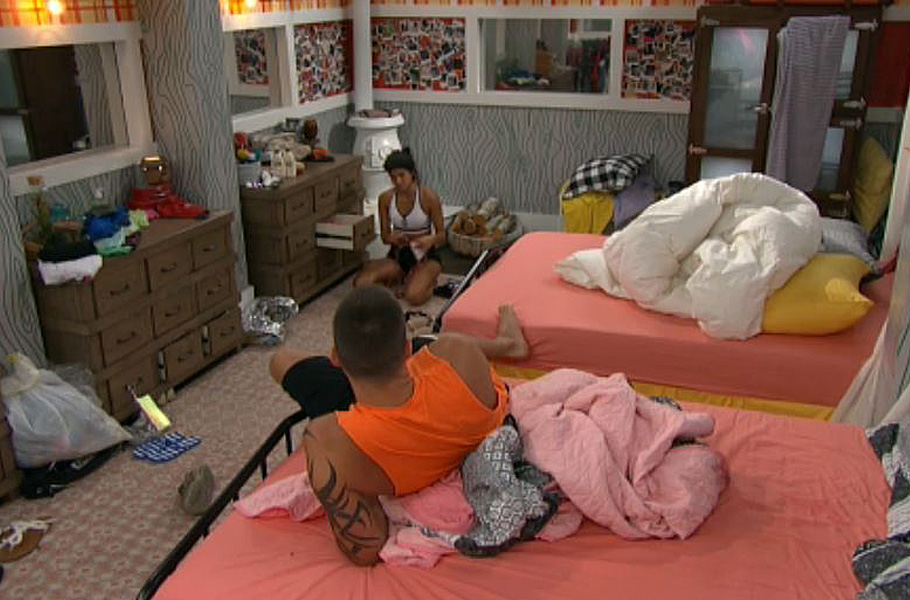 “I wish I could. I already told you I am not,” said Analyse not pulling any punches.

“What would it take for you to vote for me to stay?” Sam asked.

“Everyone else to vote for you to stay,” she said matter-of-factly.

“How do I get everyone else to vote for me to stay? Who is the kingpin?” said Sam seeking answers.

“The what?” asked a befuddled Analyse looking at Sam as if he had suggested that Jeff Probst was the President of the United States.

“What the f—k does that mean?” asked Analyse.

“The person who is in charge of swaying the majority,” Sam clarified.

“That, I couldn’t tell you. That, I have no idea. I would assume that is Holly,” said Analyse.

“Who would come to you and tell you…Hey, we are going to flip the vote,” said Sam more confused than ever and trying another line of inquiry.

“Who would it take to come and tell you that?” Sam asked again as he began to lose patience.

“Probably Holly since she is the HoH. I would need for her to come up and tell me we are going to vote for Sam to stay then I would vote for you to stay if that is what she wanted me to do,” replied Analyse.

After 10 to 15 seconds of silence Analyse asked Sam why he was glaring at her. 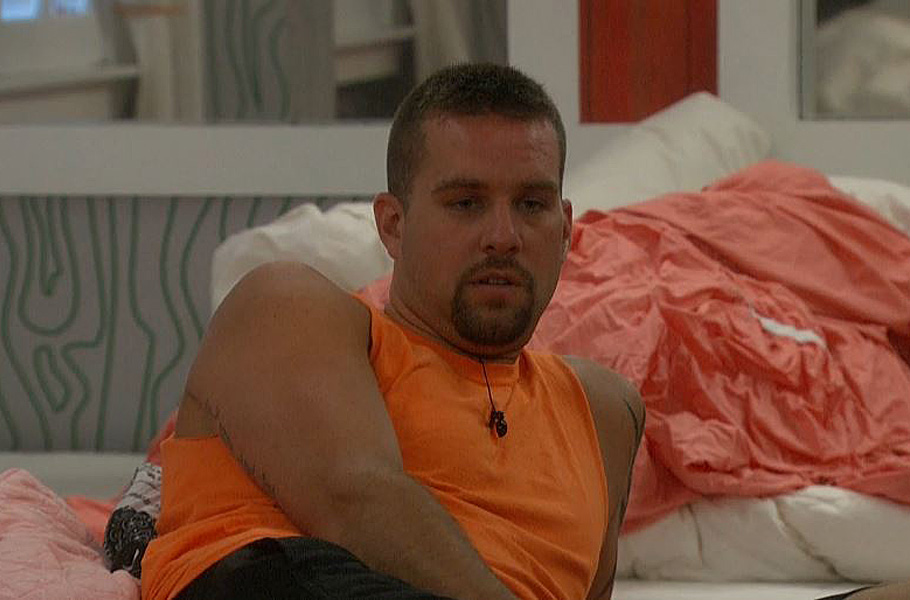 “Well, because Holly claims she wants me to stay but it is the house who doesn’t want me to stay so I am trying to figure out who I have to talk to,” said Sam stating that all he wanted to know is who he should be campaigning to.

After another moment of uncomfortable silence Sam flew the white flag and surrendered unconditionally. He is going to speak to Jack and Jackson as they seem to be the most influential players at present.

“I hope it works out,” said Analyse over her shoulder as she continued to put away her clothes.

“Even if it is the dumbest campaign ever at least I know that I tried,” sighed Sam.

“I couldn’t help you with that because I f—–g suck,” Analyse said.

“I suck at it too,” confessed Sam about campaigning.

“I mean, I am REALLY bad. That is why I am nervous that if I ever go on the block I am going home because I can’t think of a good campaign speech. I feel like I am dumb in this game,” she said.

“You are just not making really big game moves and don’t want to,” suggested Sam.

Sam is on the block alongside Kat. One of them will be evicted on Thursday’s live show.