Big Brother Spoilers: Big blindside back on track - globaltv
Your browser is not fully supported. We do our best to optimize our websites to the most current web browsers. Please try another browser. ×
IN PARTNERSHIP WITH

It looks like a delicious blindside is back on. Daniel and Kyle used the Power of Veto today on Alyssa and Indy. HoH Monte put Nicole and Taylor in the line of fire.

Getting ready to spend some time out in the backyard after the meeting, Daniel and Nicole ridiculed the other houseguests.

“Are you kidding me? They are a bunch of clowns,” laughed Daniel.

“They are a bunch of losers!” laughed Nicole. “I told the girls I used to be a cop and then I noticed that everyone lied to me.”

Nicole explained that she told the other women that she was a police officer for ten years and a detective for two.

Daniel doesn’t believe a word Monte has said to them and told Alyssa and Indy that he threw them both under the bus and wanted to keep the nominations the same.

In the storage room, Joseph talked with Brittany and Taylor.

“He (Daniel) just played himself so hard,” said Joseph.

Joseph said that Daniel mentioned how what Monte told him this morning changed everything for him and Nicole. Taylor is the common enemy everyone can get out this week and then they can sort out everything out next week. Daniel doesn’t trust Monte at all because he tried to switch everything up hours before the veto meeting.

“He is going to get played,” said Brittany suggesting they pin the extra votes this week on Alyssa and Indy.

Earlier, Kyle chatted with Monte right after the wake-up call by Big Brother to make sure the new plan was still the plan. The idea of voting Alyssa out due to her inability to keep secrets.

“Are we doing this thing today? With Daniel, I think I will tell him that we have to double check with Monte to make sure everything is good,” said Kyle.

Monte wondered if he should talk to Nicole and Daniel together. 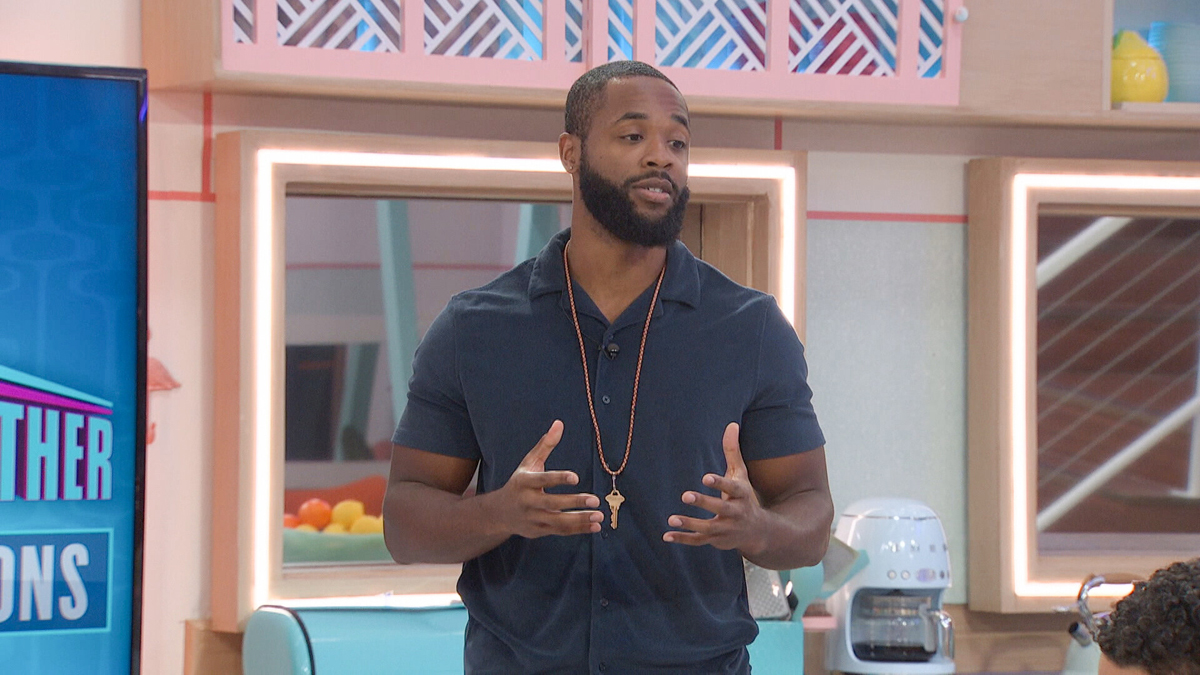 “I just don’t want him piecing anything together,” said a suspicious Monte about Daniel.

Kyle is also fretting about what to tell Indy and Alyssa when he assured them they would be safe this week. Alyssa has been wanting to start a showmance with Kyle. Kyle doesn’t want any part of that.

“I have to talk to them. I cannot blindside them like that. I don’t know if I can straight-up lie to them. I think I am going to tell them I was thinking about it last night and although I said I was going to keep you guys, for my game it doesn’t make sense so I am not going to use it. Hate me all you want but that’s the reality,” said Kyle.

Monte did have his meeting with Daniel and Nicole.

“Daniel, the veto is in your hands and you are pretty close with Kyle so you may able to talk to him about any changes,” said Monte brokering the conversation.

“I don’t mean to drop names but Alyssa has immediately dropped the beans about the Po’s Pack (Alyssa, Nicole, Ameerah, Monte, Michael and Kyle),” said Monte claiming that Alyssa doesn’t have trust in Nicole any more either.

Monte said that information alone has given him cause for concern that Taylor could be voted out over Nicole. What also bothers him is that when Ameerah left she whispered to Jasmine not to trust Nicole or Daniel any more.

“So that confirms what Brittany told me the other day in our one and only conversation,” said Nicole.

“You have to trust me on this. He is trying to keep the noms the same now,” laughed Daniel.

“He says we are close and he is trying to protect us. Since when?” laughed Daniel again.