Big Brother Spoilers: Another houseguest breaks down - globaltv
Your browser is not fully supported. We do our best to optimize our websites to the most current web browsers. Please try another browser. ×
IN PARTNERSHIP WITH

The emotional and psychological stress of the Big Brother game has gotten to another houseguest.

Nicole Layog, the 41-year-old private chef, hid under the covers of her bed and cried after what appeared to be a very impassioned, poignant visit to the Diary Room. Her fellow houseguests were worried about her as Nicole’s mother Rosie is battling stage three cancer and is undergoing chemotherapy treatments.

“Nicole’s been here since the get-go, since I was diagnosed, very supportive, strong, like a piece of rock,” Rosie told CBS Miami earlier this month.

Nicole’s closest friend in the house, Daniel, went in to speak to her.

“Nicole, I am here for you girl no matter what is happening,” he said putting his hand on her shoulder while she remained under the covers. 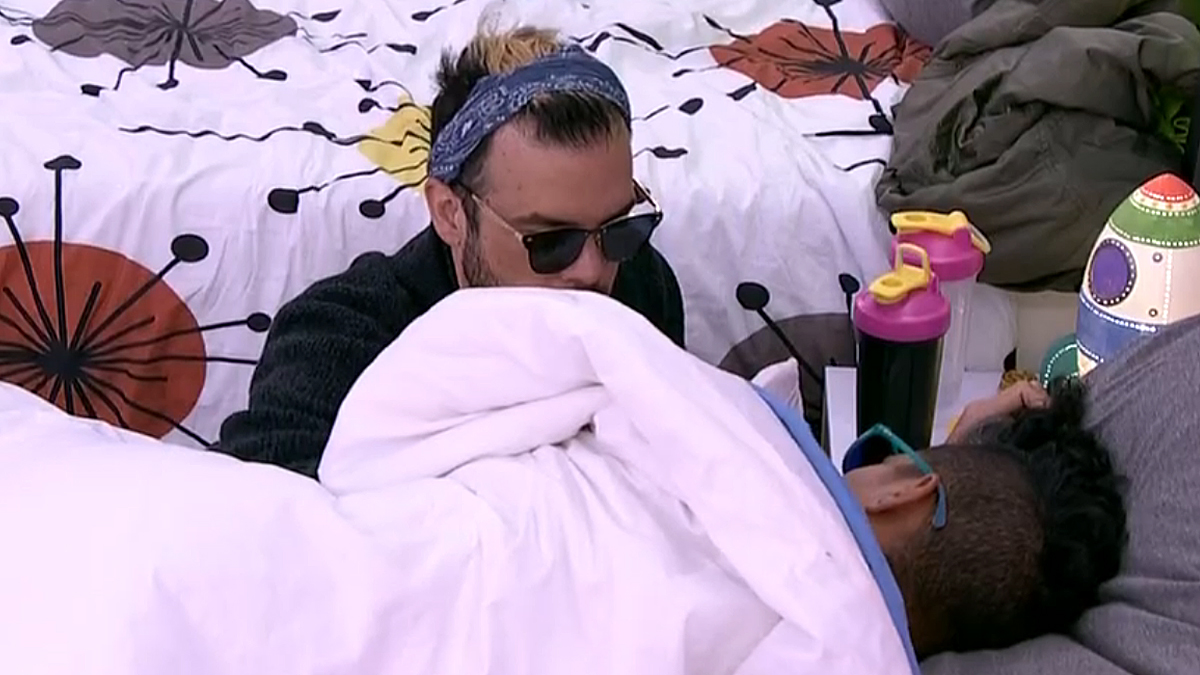 “I feel like such a horrible, disgusting person,” she said, choking on tears.

“You are not at all,” said Daniel rubbing her shoulder.

Nicole told him that there was no news about her mother. Nothing like that. She just had a very candid Diary Room session.

“I cannot control how this is perceived. I have to play the game. If America thinks I am an asshole I will apologize for it later,” said Daniel of how he approaches playing the game and his time in the house.

“I just hate how emotional I got in there,” Nicole said of her session in the Diary Room. “This is the wildest ride I have ever been on.”

Once Nicole had regained her composure the talk returned to their issues with Taylor.

“Talk to anyone in the house and they will tell you what a s—-y person that girl was,” said Daniel of her. “I don’t see her as a good person.”

“Me either,” said Nicole.

“I am glad she wasn’t in here when I came in here. I just didn’t want to see her face,” Nicole said of Taylor.

“They are probably worried that something happened to my mom,” she said about the rest of the house.

“That has been me for the last hour,” laughed Daniel.

Last week, Paloma Aguilar exited the Big Brother house and the game after the stress of playing the game got to her as well.

“No 750,000 dollars was worth the cost of my mental health,” she told US Magazine afterwards.

Turner is this week’s HoH. He has put Michael and Brittany on the block in hopes of backdooring Taylor.

Big Brother Spoilers: HoH wants to do what no other HoH has