Big Brother Spoilers: An express HoH competition - globaltv
Your browser is not fully supported. We do our best to optimize our websites to the most current web browsers. Please try another browser. ×
IN PARTNERSHIP WITH

It was over in a flash.

In an endurance competition that lasted 10 minutes, Nicole won Head of Household for the second time this season.

She did have a little help though. Cliff fell off almost immediately and Holly admitted to throwing the competition to Nicole as she had promised she would.

“You just won,” said Jackson to a baffled Nicole.

“Seriously?” she asked as she broke down in tears.

“I gave you my word,” said Holly hugging Nicole.

“Just not my comp,” sighed Cliff.

“I could have been up there all night,” said Holly which garnered a silent but dirty look from Jackson. 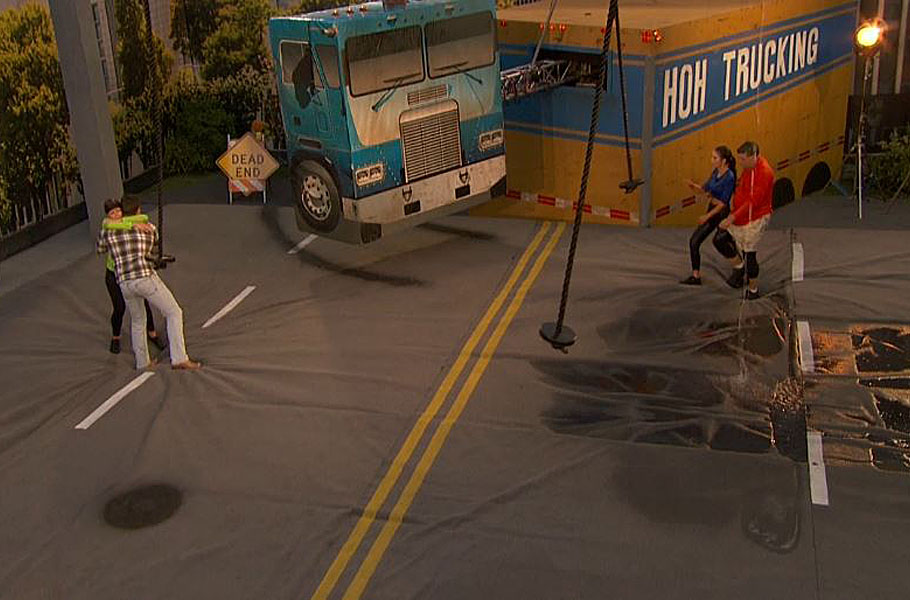 Once the houseguests were back inside, the discussion turned to the house meeting and argument between Tommy and Jackson.

After listening in on a strategy session between Tommy, Nicole and Cliff, Jackson had fabricated a lie about Tommy playing both sides. Before the live eviction show, the houseguests had a meeting to clear the air. Cliff and Nicole believed Jackson over Tommy voting him out leaving the Holly and Jackson showmance in the game.

“I could look both of you in the eyes and tell it was genuine,” said Cliff of Jackson’s arguments during the meeting.

“I am playing a game and glad I am playing with friends. I am glad we figured stuff out,” Cliff continued.

“There was a reason I gravitated to you guys,” said Jackson smiling.

The entire house meeting and Nicole’s nominations will air on Sunday’s episode.