Big Brother Spoilers: America’s Prankster Revealed - globaltv
Your browser is not fully supported. We do our best to optimize our websites to the most current web browsers. Please try another browser. ×
IN PARTNERSHIP WITH

The voting is closed. The ballots have been counted and a houseguest has admitted to winning America’s Prankster.

Nick spoke to feed watchers earlier this morning in the bathroom confirming he indeed has the power.

As the Prankster, Nick will secretly make one of Holly’s nominations for her. If his nomination is removed from the block, he will pick the replacement not Holly. 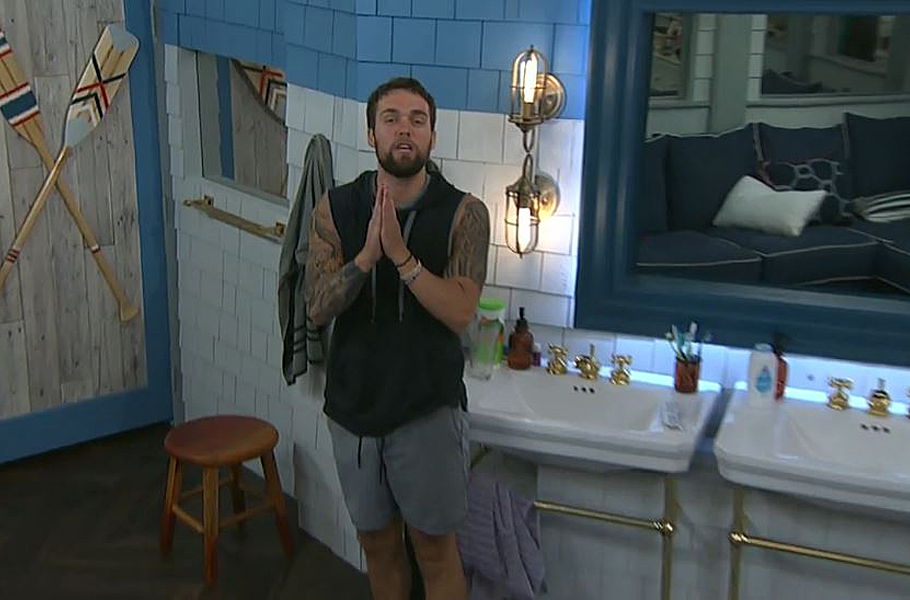 Meanwhile, in the HoH room, Holly fretted about the Prankster power as she met with Cliff.

“Hopefully one of us will tell you any way. Because if one of us has it that would take away a lot of that uncertainty,” said Cliff.

“I don’t know what the rules and stipulations are. Maybe they aren’t allowed to tell me?” worried Holly.

“My cart is hitched to you all. You will know if I have it,” Cliff promised.

As Cliff made his way back downstairs he joked to Nick about him having the power.

“I have to wait until later,” laughed Nick.

“Well that is good. I wanted to wait until I can campaign to you,” chuckled Cliff.