Big Brother Spoilers: All Is Not Aces For One Team - globaltv
Your browser is not fully supported. We do our best to optimize our websites to the most current web browsers. Please try another browser. ×
IN PARTNERSHIP WITH

The Aces have drawn a Dead Man’s hand.

HoH Christian has nominated Hannah and Whitney for eviction this week.

Claire also won the final Wildcard Competition of the season and is safe from eviction along with the Kings.

Christian picked Xavier’s brain this morning about the upcoming nominations.

“I was looking at the (memory) wall. No matter who I look at it all makes sense for those people (to be nominated). I don’t think the Jokers would come after me if I play it right,” Christian said of Hannah and Whitney.

“I think those two people set us up for the next two weeks,” Christian agreed.

People threw out Hannah, Whitney and Britini as targets during a meeting of the Kings and Queens (The Royal Flush Alliance) in the HoH room.

“I am still trying to make it to jury and if Hannah stays I am going on the block. Two people from our group are going up if Hannah wins,” said Sarah Beth.

“So, we want none of us to touch the block next week. We should get rid of who is not working with us and is most likely to win HoH and that clearly is not Whitney. She sucks at competitions and her social game is also bad. I think the target should be Hannah,” she continued.

“I think there is someone who is more of a threat to both of our teams and that is Britini. As a member of the Royal Flush I am laying my cards on the table about a person who would target both of our alliances,” said Tiffany.

“Whitney is the house’s target for sure,” said Sarah Beth.

Whitney and Hannah compared notes after the ceremony. 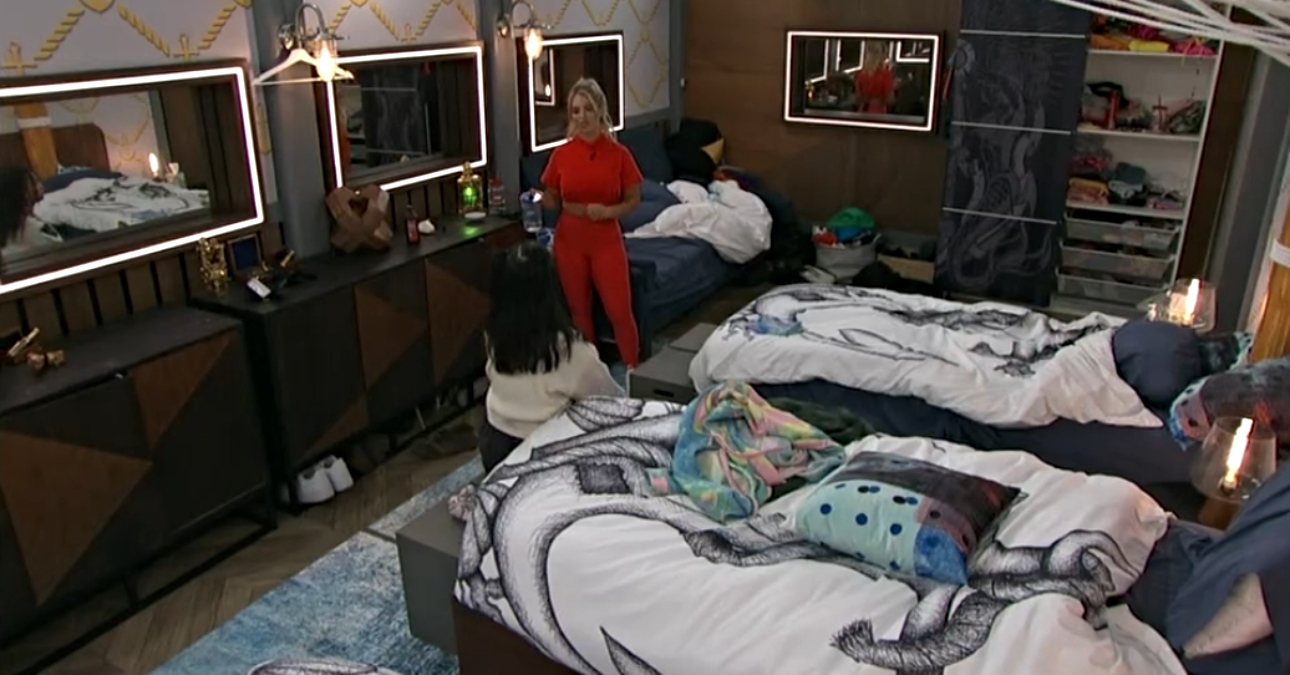 “I knew based on the way he was acting towards me. In our one-on-one meeting he hinted at it,” said Hannah of her nomination.

“Everyone wanted them out and we were honest. That is why we went up,” said Whitney referring to Christian and Alyssa’s showmance.

“Honestly, I think I am the one going home if I don’t win the veto,” said Whitney.

“I wonder if he is taking a shot at our team?” asked Hannah.

They both wondered if Christian really wants to backdoor Derek Xiao.