Big Brother 19 Spoilers: Accusations Fly at House Meeting on Live Feed - globaltv
Your browser is not fully supported. We do our best to optimize our websites to the most current web browsers. Please try another browser. ×
IN PARTNERSHIP WITH

Allegations of a Big Brother 19 houseguest being a “snake” have sparked a raucous house meeting.

Early this morning Dominique Cooper who is on the block with Jessica Graf spoke to HOH Alex Ow about calling a house meeting and then went back to bed.

Believing that she had called him a “snake”, Paul Abrahamian approached Dominique who was lying in bed.


Dominique followed Paul upstairs to the HOH room where the confrontation began in front of everyone except Kevin Schlehuber, Ramses Soto and Jessica who were sleeping downstairs.

“I am all ears but I don’t think snakes have ears,” joked Paul to start things off.

Dominique denied she ever called him a “snake”. Alex confirmed that Dominique implied someone in the HOH was.

Paul demanded she explain why he is a snake.

“I did not call your name. I said it was a male. There are many males in this house. I also said I want everybody in the room because there were things that were said, and to gain clarity I wanted everyone in the room because I wanted to see who said what,” Dominique replied.

“If you want to send me home just be aware that you are setting yourselves up because there is a snake. There is a snake coming after me. They have been close to me and understand they are going to come after you too,” she continued.

Dominique accused Paul of repeating information she had confided in him as a sounding board and a veteran player. She maintained that Elena Davies told her specific information that she only related to Paul and one other person in the house. 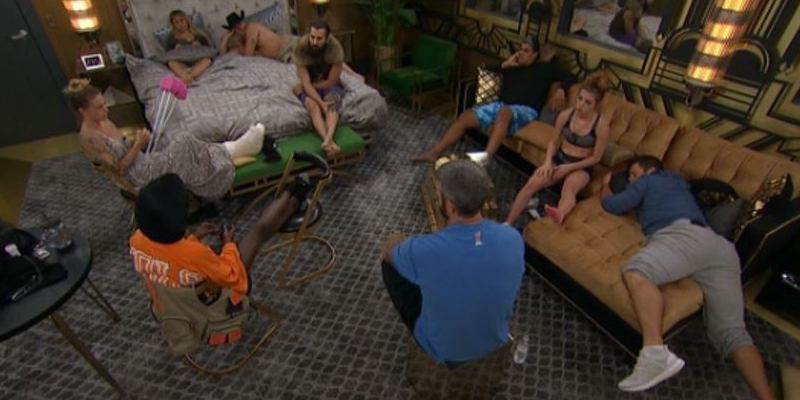 Paul asked Elena if he had ever had a conversation about anything Dominique said. Elena replied in the negative.

“…and you were certain it was me,” chimed in Paul. He then accused Dominique of going back on her word to speak to him directly if she had any issues with him on a personal level.

“I play an honest game and I don’t bluff,” said Paul. “The only snake I know is sitting right in front of me.”

“Watch the episode and you will see,” replied Dominique.

“That is easy to say when we are in the house,” Paul shot back.

“For the record, Paul, I did not call you a snake. I was still assessing the situation, things that have been said,” concluded Dominque.

Throughout the conversation Dominique refused to name names when asked by people in the group but kept insinuating there was a snake or infiltrator. 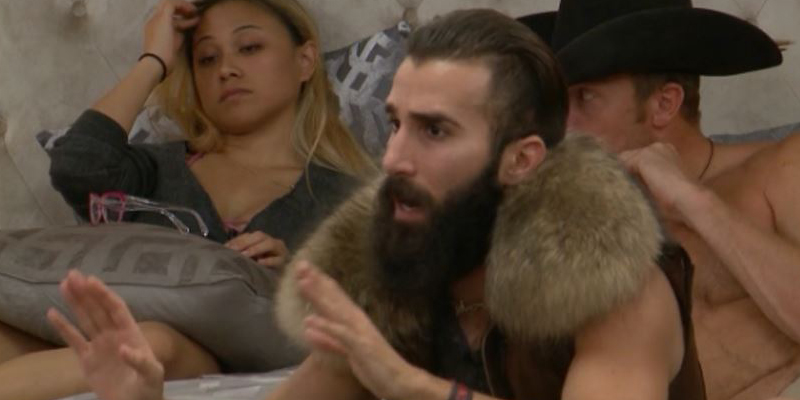 “Who is the infiltrator?” Paul asked.

“No, I am not sharing names. I am not doing that,” said Dominique.

“That’s weird,” said Paul. “You keep saying I am going home soon. That is funny from someone who is on the block. It is easy to talk from there when you have your back against the wall and you are going to toss a bunch of s—t.”

“God bless you and I am ending it there,” she said.

“That is it. I am going to dismiss myself,” said Dominique after she and Paul argued in circles some more before leaving the HOH and heading downstairs.

Alex as HOH has nominated Dominique and Jessica this week. Jason Dent has won the POV.