Big Brother 19 Spoilers: Temptation played, noms made - globaltv
Your browser is not fully supported. We do our best to optimize our websites to the most current web browsers. Please try another browser. ×
IN PARTNERSHIP WITH

The very first Temptation Competition has been held and new HoH Paul has made his nominations.

Paul has nominated Jessica and Cody for eviction.

Earlier in the day, Paul held court in the Head of Household room.

“That’s what it has to come down to,” said Matt.

“I either need a strong pawn next to Elena and in the off chance that she wins, she gets pulled off, Josh goes up and we vote Josh out,” said Paul to Alex, Christmas, Matt, Jason and Raven in describing his worst case scenario.

“Best case scenario, Cody and Jess are up there. Let’s say Jessica is safe, I toss Elena up with Cody. I don’t care. I already have Plan A ready, the gun is loaded. I am talking about the worst case scenario,” Paul said still seeking someone to be a “strong pawn”. 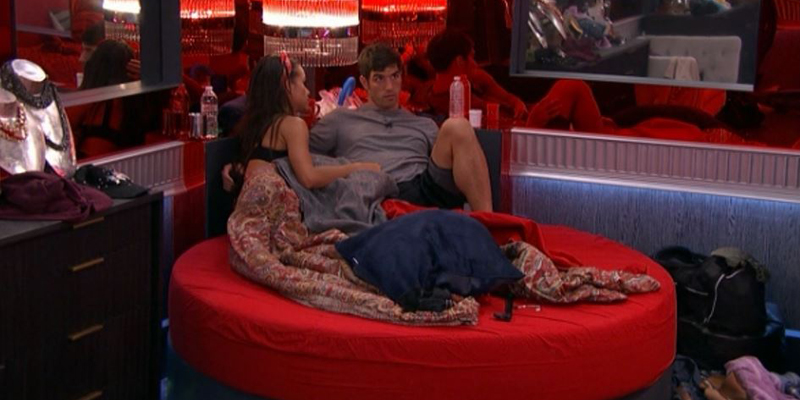 Josh interrupted the meeting but was instructed by Paul to keep an eye on the others and to send Kevin up to the HoH room, so he left without having any input whatsoever.

In the end the “strong pawn” came down to Alex and Matt. Alex volunteered to go on the block while Matt declined.

The Temptation Competition was played Friday afternoon. Despite the live feeds being blocked for the challenge, we know that Mark won so he is safe for the week and Jason lost so he is automatically the third nomination. In the three week Temptation Competition, everyone but the current HoH can play if they wish to. They can sit out if they like. The first place winner is immune for the week but the player who comes in last is automatically nominated.

Cody and Jessica did not volunteer to play this week. Jessica is still in possession of the Halting Hex Temptation. The Halting Hex allows her to cancel an eviction night outright saving everyone who happens to be on the block.