Big Brother 19 Spoilers: Tempers Flare After Veto Ceremony Results - globaltv
Your browser is not fully supported. We do our best to optimize our websites to the most current web browsers. Please try another browser. ×
IN PARTNERSHIP WITH

Although he said he was going to use the Veto to save Raven or Matt and put Kevin Schlehuber on the block, Jason left the nominations the same making sure either Raven or Matt will be leaving the Big Brother house on Thursday.

That didn’t sit well with Raven or Matt.

“How could you sit there and have a conversation with me this morning?” Raven yelled at Jason in the storage room.

“Just be honest! Don’t piss on me and tell me it is raining!” replied Raven leaving the storage room.

When everyone left the room, Jason and Alex Ow howled with laughter. 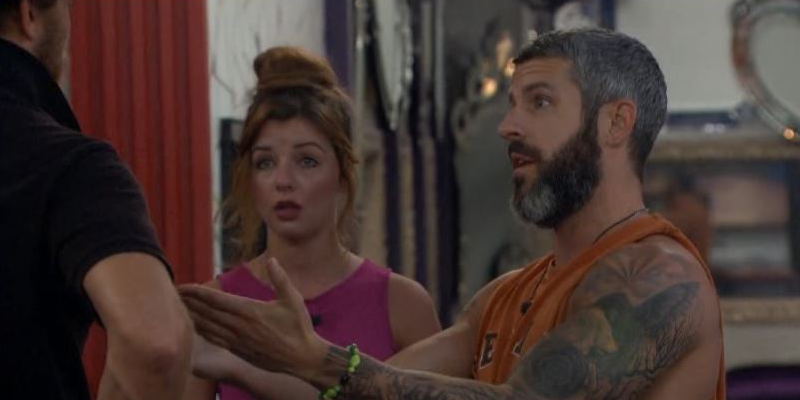 “That was way worse than I thought,” chuckled Jason.

Jason said it really didn’t matter whether they were targeting Matt, Raven or Kevin this week.

As Alex and Jason continued to hold court in the storage room, Raven and Matt paced in the backyard waiting for Jason to come out with Paul Abrahamian at their side.

“I am pissed! Don’t have a full conversation with me this morning and then pull that s—t! Are you kidding me!” yelled Raven as Kevin casually strolled around the backyard.

“Because, he is a bitch!” said Matt finally showing some fight and some emotion.

“…and he is hiding in the storage room,” finished Raven. 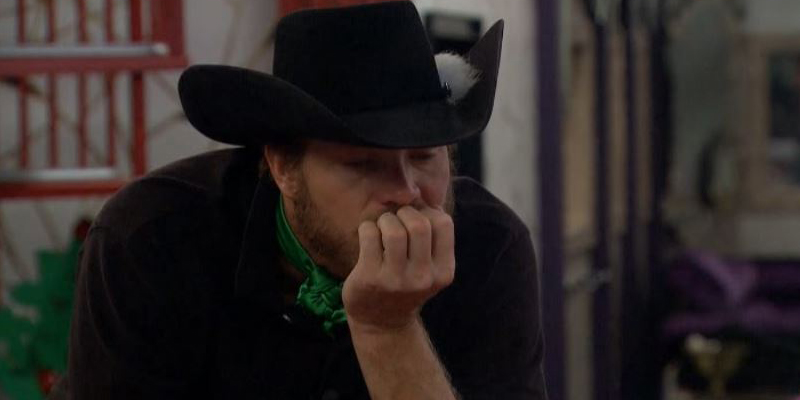 “Don’t sit there and throw Kevin under the bus! Just say…Raven, I am not going to use the Veto. Kevin is on my side,” said Raven as Paul tried to get her to calm down while feigning anger at Jason.

Once Jason exited the storage room, Matt and Raven pounced on him.

“It is just what the game dictates, Raven,” said Jason explaining his actions.

“At least be honest. Don’t pull the wool over everyone’s eyes, say something and be two-faced about it,” said Raven.

“In all fairness to myself, I really didn’t say anything to anyone,” said Jason.

“Are you serious?” yelled both Raven and Matt at the same time.

“Why didn’t you just say…Matt and Raven, it is part of the game?” challenged Matt as Raven wanted to know why Jason hugged her after the nominations and whispered in her ear that he was going to pull either Matt or her down.

Jason agreed. He should have played the situation better but he doesn’t remember saying he would take them down.

Raven accused him of lying.

“You were a bitch, that is all there is to it,” Matt argued. “Everyone saw it. It was on national television. You hugged Raven and said you were going to pull one of us off. You didn’t have to give that Veto speech. All you had to do is say you were putting both of us up and that’s it. Instead, you wanted to be a bitch and then you go and hide in the storage room, once again, like a bitch.”

“I just cannot believe you have the balls to go into the storage room and hide with Alex for 15 minutes. What are you, Mark [Jansen]? Even Cody [Nickson] didn’t do that. I would never expect a cowboy like you to act like that!” yelled Matt.

“You did! You literally stayed in there for 20 minutes like a bitch! This is a game. I have absolutely no issues with the decisions you have made but to go hide in the storage room like a little punk bitch, to hide from 105 pound girl?” Matt accused.

“You were for 20 minutes, homey. It is embarrassing, dude,” said Matt claiming Jason’s wife will be ashamed when she sees the footage.

Matt then brought the debate to who voted for Mark to stay last week. Jason and Alex would not reveal their votes.