Big Brother 19 Spoilers: New HoH, New Jury Members - Week 11 - globaltv
Your browser is not fully supported. We do our best to optimize our websites to the most current web browsers. Please try another browser. ×
IN PARTNERSHIP WITH

Although it did not air on the live eviction show, the Big Brother 19 house has a new HoH (Head of Household).

On the Big Brother live feeds, Josh Martinez was seen wearing the HoH key around his neck and asking others what they might want in the HoH fridge or basket. Alex Ow was also spotted wearing a superhero outfit.

Jason Dent, the rodeo clown and Raven Walton, the dance teacher, were shown the door on the live eviction show and have joined the Big Brother jury.

Jason was the first to be turfed by a blindside vote. The vote itself was organized by Paul Abrahamian and the others to set up a tie which Christmas Abbott had to break as this week’s HoH. As per the plan, Josh and Raven voted for Jason while Paul and Alex voted for Kevin Schlehuber.

Breaking the tie, Christmas voted Jason out. Jason immediately grabbed his bag and stormed out of the house. 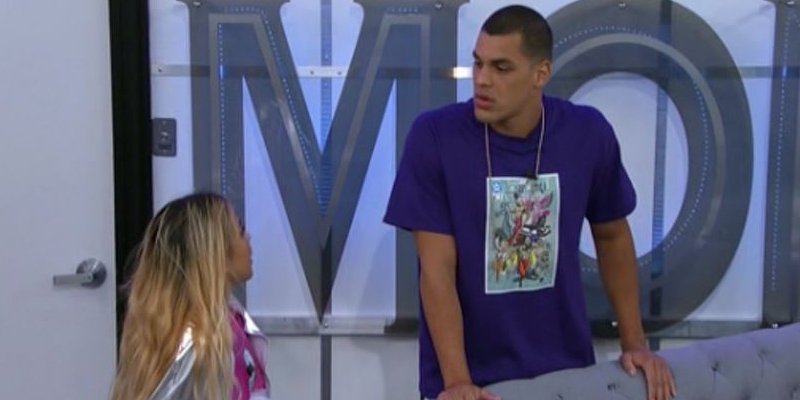 “This was 100 percent not expected. I am blindsided. It is Big Brother and I am glad that I made it as far as I did. I never expected to get this far. I would LOVE to go back in there for five minutes,” said an upset Jason.

Raven was the next to leave. Paul and Christmas voted for Raven while Josh voted for Kevin.

Alex won the Head of Household competition in honour of Jason and she nominated Raven and Kevin for eviction. Josh won the POV (Power of Veto) and left the nominations the same.