Big Brother 19 Spoilers: Cody Confronted After Fight Breaks Out - globaltv
Your browser is not fully supported. We do our best to optimize our websites to the most current web browsers. Please try another browser. ×
IN PARTNERSHIP WITH

The gang mentality that has dominated this season of Big Brother 19 reared its ugly head once again on the live feeds.

In the kitchen, Cody Nickson, who has no allies left in the game, was surrounded by Alex Ow, Christmas Abbott, Josh Martinez, Kevin Schlehuber, Paul Abrahamian and Jason Dent, who began to interrogate the former marine.

Alex was upset over allowing Cody to have some of her HOH (Head of Household) cereal after he ate the entire box.

“You ate the ENTIRE f—–g box!” screamed Alex in Cody’s face. “I am the only one being nice to you!”

“I don’t want anyone to be nice to me. I prefer that you all f—–g hate me. You never talk to me any way,” said Cody.

“I am going to flip you off every time I see you then. I thought you were just kidding but you are a f—–g idiot,” said Jason.

When Alex and Jason began to question Cody about some of the moves he made in the game, he shut them down.

“How’s your kid? Do you have one?” asked Alex snidely inferring that Cody is a liar. Cody does indeed have a young daughter.

“You guys, can you just quit talking to me?” asked Cody. 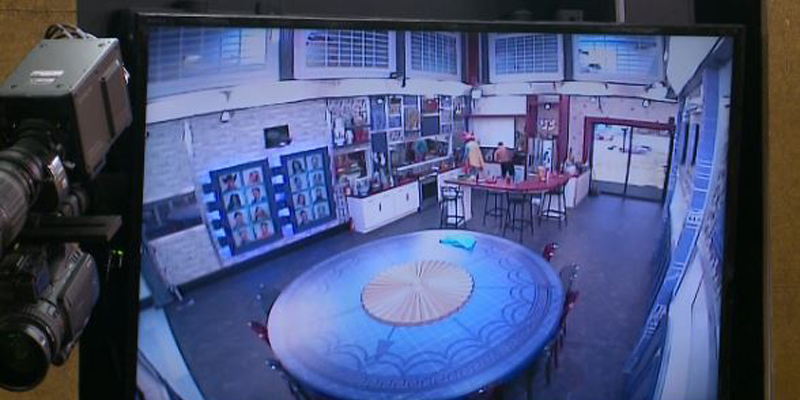 “No, because if you want us to hate you then we want you to hate us even more,” said Alex. “Do you even like Jessica [Graf] or did you use her for your game?”

“I actually appreciate it now because I was on the fence wondering if he was full of s—t or if he was a little bit Mid-West. Now, I know you are full of s–! Now, I don’t feel bad about voting your ass off on Thursday!” shouted Jason as Cody shook his head.

“When have you ever voted to keep me?” asked Cody.

“Good call. That is a good call,” laughed Jason.

“And we know the person you are trying to protect so they are probably getting voted out next,” said Alex.

“I have no idea what you are talking about,” sighed Cody.

Christmas and Josh began to question Cody together about him having another ally besides Jessica. Alex then accused him of starting rumours with Ramses Soto.

“Do you say anything that is the truth?” asked Alex.

“No. It is all lies, every little bit of it. That is why I am going out the door. I played a horrible game. You can all hate me,” he said.

Kevin asked Cody to let everyone know what kind of person he really is while he still has time left in the house. Josh said he has never gotten to know Cody. He doesn’t hate him on a personal level.

“I don’t know why you are preaching to him, he doesn’t give a f—k,” said Christmas.

“Well, you shouldn’t have come on Big Brother,” snapped Christmas.

The others then began talking about how Cody is protecting Elena Davies. Cody stated again that he had no idea what they were talking about.

“I promise from this point forward I will be polite and courteous and shut the f—k up,” Cody vowed.

“We don’t want you to shut the f—k up, Cody. We want answers,” said Christmas.

“Nothing I say anyone will believe any way,” said Cody.

Cody then walked away and headed outside as the group started questioning Mark Jansen and Elena.