BB winner Taylor feels vindicated - globaltv
Your browser is not fully supported. We do our best to optimize our websites to the most current web browsers. Please try another browser. ×
IN PARTNERSHIP WITH

From the tormented to the triumphant, Taylor Hale is the winner of season 24 of Big Brother and the $750,000 grand prize.

The jury voted 7 to 1 for Taylor to win over Monte. Turner was the only vote for Monte.

Taylor also won America’s Most Popular Houseguest becoming the first houseguest ever to do so in Big Brother history. Monte won the final Head of Household Competition but elected to take Taylor over Turner saying it was best for his game to do so. It proved to be a costly mistake. Hours after her convincing victory Taylor chatted with us about her rough and tumble Big Brother journey.

John Powell: Congratulations on both of your wins tonight. How are you feeling right now?

Taylor Hale: I feel like $800,000 richer in this position right now! (Laughs as she does a little dance.)

John Powell: What do you plan on doing with the money?

Taylor Hale: “It’s funny. You think about all these crazy, grand things you want to do with the money but I just want to do simple things. I want to get my own condo. I want to get a dog and maybe a nice little car…but from there there are a lot of people that have invested in my dreams from being in pageantry or going to private schools. And of course, I got student loans. (Sighs) I am also thinking of organizations that exist out there to benefit women who have been abused or harassed in different ways. So, I want to find a really strong organization that can donate some money to.”

John Powell: Were you shocked by the landslide vote?

Taylor Hale: “I was just dumbfounded! I truly felt that regardless of whether I was going to sit next to Monte or Turner it was going to be a deep split in favor of one of the guys. They just have stronger resumes than I did. I just thought that people were going to look at those resumes and look at big moves that were made and decide that was more valuable than my experience. The last thing I wanted to do was give a speech that would make people feel like they were guilted into voting for me but I think I found the right balance of just speaking honestly about my experience and it resonated!” 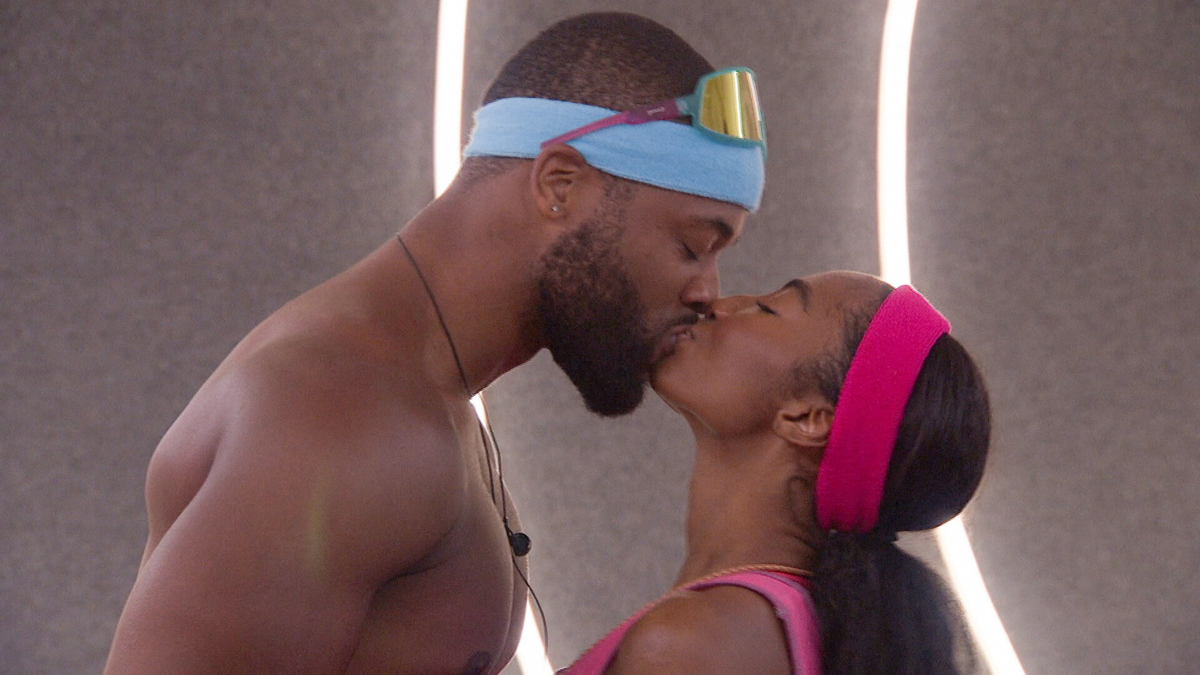 John Powell: Why do you think you had such a rocky start to the game?

Taylor Hale: “I know that when I walk into a room, this has been true since I’ve been in high school or even younger, I just have like this really kind of really dominant energy about me. I’ve never been one that is willing to tone myself down or hide who I am for the sake of other people’s comfort. So, I knew walking into this game that that’d be the first impression of me but also throughout my entire life I know all it takes is one conversation and people warm up to me. When it happened in the house I was very confused and because I was painted as this cold, icy, bitchy girl it was very easy to believe rumors about me that I would use someone’s mental health against them or that I would use someone’s sick mother against them. All things that I just am not. It was very rocky. It was very difficult especially knowing that I just competed with 50 other women at a pageant and to think that it would be so easy for me to connect with people. But, it is what it is and to come out on the other end and have earned the respect of the other houseguests and apparently a lot of Americans is great!”

John Powell: As far that bumpy start goes, you handled it with a lot of grace and dignity. Where did that approach come from? I am sure others wouldn’t have been so polite, patient or understanding.

Taylor Hale: “I never want to be a person that harms other people. If someone’s going to come to me and say that I have harmed them in any capacity I’m gonna take it seriously. That’s just who I am. I think sometimes there’s some fluff that you have to dig through but if someone feels hurt, it is for a reason. So, having a conversation with them, sitting down and getting to the core of it and owning the thing that you did that could make someone feel impacted in the way that they are is the first step you can take to growing, learning in the future. That was what got me to the end of this game. I would not have gotten to the end of this game if I started yelling at people like Daniel or if I started writing people off. This is just as much a social game as it is a competitive game and I was able to redeem myself socially.” 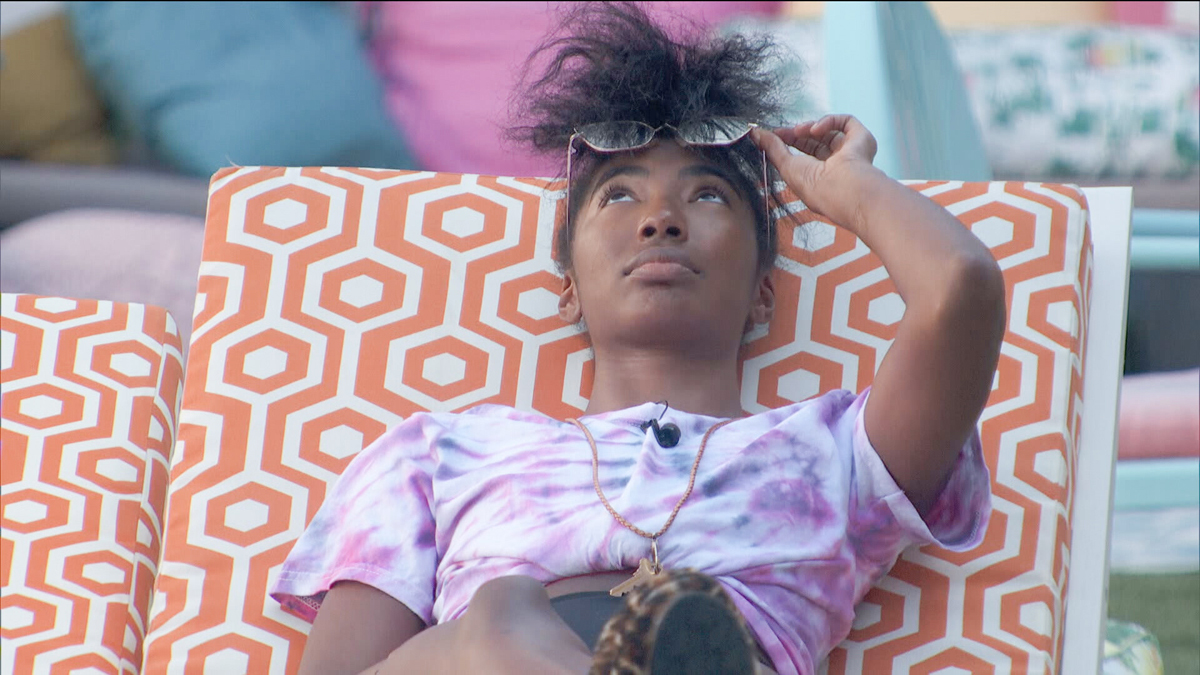 John Powell: Let’s go back to Brittany and Michael’s revelation about Kyle. Do you believe it was strategy on their part or not?

Taylor Hale: “I hope I’m wrong about this but there are a lot of people that do think it was strategy. I think that when you have an accusation that is that heavy and when you don’t feel that has been an active part of the game, you analyze the severity of it. You confirm and double confirm what it is and that is when you bring forward. I think the timing was unfortunate and it did look like it was a game move.”

“My only qualm was that I should not have been left on the block next to Kyle that week if you are going to take ownership for and responsibility for holding back information that could have benefited people. If you were going to say someone is doing something racist you don’t leave a black person who is being attacked, being a victim of that racism, on the block. I do wish that Michael would have used the veto on me instead of Brittany but in the long run, things have played out the way that they have. Kyle is my friend. I do truly love that guy because he is willing to own his actions and understand that there was a bit of darkness that he acted on. I would rather have people in my life that are willing to own up to their discrepancies and move forward. Collectively, I am happy to support those people more so than anybody who thinks they’re perfect.”

John Powell: After how you began this game do you feel a sense of vindication?

Taylor Hale: Yes. I go a lot off my chest! Well, actually, no, there is a new weight and it’s $800,000 heavier but that on feels amazing! (laughs) There were so many moments where it felt like I was alone. In that bed, under the covers, with my sunglasses and my chips, it felt like that was all I had but to know that it’s not just the moment of vindication in the eyes of America, it’s a moment vindication for the people who were harming me for a majority of my journey and a conclusion is all of us seeing eye to eye, I think that’s more beautiful and representative of what the game of Big Brother can be.”

John Powell: What do you think is the message viewers should take from your time in the house and your win?

Taylor Hale: “There’s obviously the easy part of saying…Persistence is key. Never give up on yourself and there is that lesson. There’s also the lesson of understanding that people aren’t just the people that they are. You put these people in a space from all different walks of life. You’re giving them an opportunity to grow and learn from each other. The game can be won in a different way from lying, backstabbing and cheating. That’s fun to watch. When you have someone who has gone through adversity, because of the other people in the house, it’s still possible to get up and persevere in the game. By playing a social game of redemption, that is possible. I want players to know that you don’t have to win just by being a comp beast. I respect Michael but there are other ways to win the game. I don’t want people to victimize themselves or go through what I went through but I want them to be smart enough to see that there are multiple ways you can get to the end to win.”