Bayleigh addresses comments about Canada and Tyler’s actions - globaltv
Your browser is not fully supported. We do our best to optimize our websites to the most current web browsers. Please try another browser. ×
IN PARTNERSHIP WITH

It is not easy being in the Big Brother house. Not only are you in a purposely stressful, powder keg environment but everything you do, everything you say is monitored 24/7 not just by the producers but by devoted fans too watching the live feeds.

Some Canadian fans were not pleased with the comments Bayleigh made about their home and native land on the live feeds a few weeks ago. Sitting down with Global TV Bayleigh was glad to address the comments and to set the record straight.

“I remember the conversation clearly and the facts still remain true. After our Big Brother season all of the cast members were individually invited to do events and promotions in Canada. When Swaggy and I reached out wondering why we weren’t invited the people responded with…We don’t like the audience you will attract,” said Bayleigh reiterating the conversation in the house.

Although Bayleigh is disappointed in the owners of those particular venues, those aren’t the feelings she has for Canada as a whole or the Canadian people and she wants fans to know that.

“When my fans reach out to me and say they would love to come to Canada, I just reach out to those venues. We cannot come if we are not invited but if the venues who have been bringing people out don’t want us there I don’t really know how Swaggy and I are supposed to make a Canada visit happen. I love Canada! We want to come! We reached out to the venues ourselves. We were rejected but not by Canada but just those venues. I love Canada! I love Big Brother Canada! I love Queen Ika (Wong)! I have lots of Big Brother Canada friends who are now my social media friends,” she said proudly.

In returning for another tour of duty in the Big Brother house, Bayleigh was seeking redemption in many ways but also was playing for a goal and a higher purpose.

“I want to see a black winner be crowned and we are not at the season finale yet so we won’t know if that will be accomplished but I won’t by me. We shall see what that second goal is looking like soon,” she said as the conversation turned to her rocky relationship with Tyler.

John Powell: You and Tyler have been like oil and vinegar in the house. What do you think of him now and what’s the status of your relationship?

Bayleigh Dayton: “I think our relationship has so many layers, so many layers. It is not like a difference of opinion. I just have developed a relationship with Tyler outside of the game. I wish his paranoia from Big Brother 20 didn’t spill over to his game this season. We could have worked together. It could have been a thing but what happened, happened. At least he owned up to it before I walked out the door. When we are all out of the house and he sees everything in full and I see everything in full, we will see where we stand.”

Bayleigh Dayton: “I believe that part. I believe he didn’t have negative intentions towards the Black Lives Matter movement. I just believe the way he went about things was slippery. He should have been a little bit more delicate. I know that in that house everyone gets a little wrapped up. You are in your head. You sometimes want to leave. You are up and down. He was probably in the same boat as a lot of people. Nobody wants to go to jury and not win the game. If he didn’t think he was going to win the game he probably wanted to get out pre-jury so he can go home to his loving partner. I don’t doubt any of that. I just think things got a little slippery and I think by the time he owned up and fessed up to what he had done it was already too late. He had already protected himself on all sides. I don’t think his plan was ever going to happen whether he wanted it to or not.” 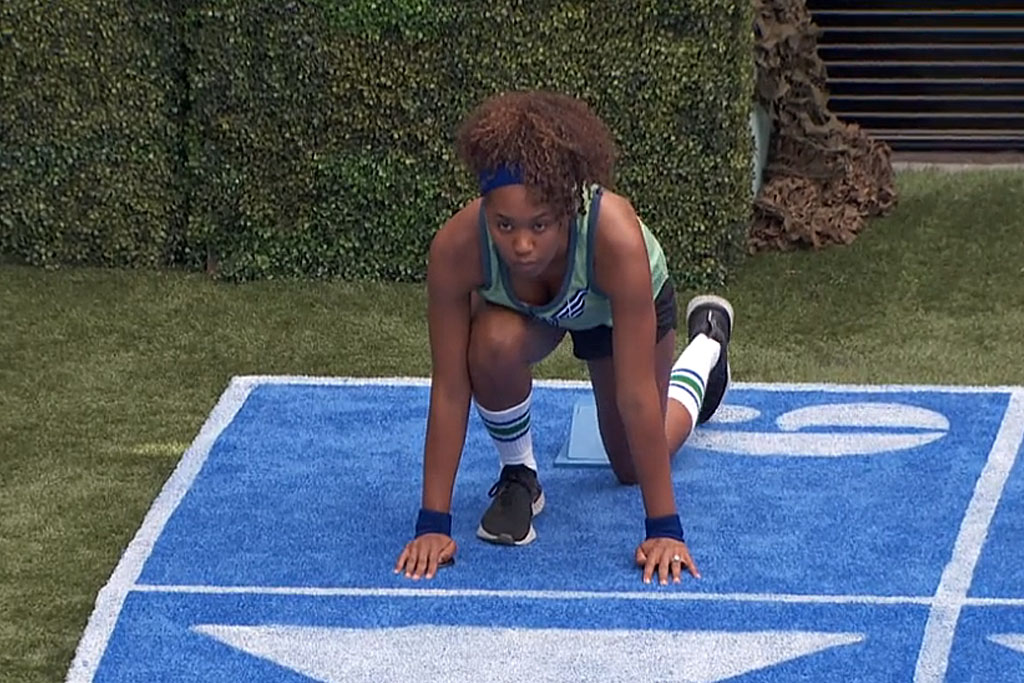 John Powell: One of the reasons Christmas put you on the block is that she doesn’t want you as a member of the jury. Does that surprise you?

Bayleigh Dayton: “I am not surprised by that. Here is the thing. I am aware of my power. What people will say when they meet me and when I play is that I am very persuasive. So, if I want the jury to be persuaded, I am going to persuade the jury. Jury management is part of the game. She cannot be mad about it. Da’Vonne still voted for Nicole to win even though Nicole stabbed her in the back. Tyler was not getting my vote because he told me he didn’t need it.”

John Powell: In your argument with Christmas you were both debating whether “personal game information” was a thing in the house. What is your view of what happened but also of Christmas? You did avoid each other after that blow-up.

Bayleigh Dayton: “In our conversation we weren’t arguing whether it was personal or not. Other people in the house thought it was personal and I told her I had a right to be upset. I am nominated and I am on the block. What we were arguing about was her right to my personal space and whether me deciding I needed a little more time was okay or not. She wanted me to be able to get over things on her clock and that is not how life or the game works.”

Bayleigh Dayton: “We did avoid each other mostly because I don’t think she deserves to be in my personal space. I gave her access to my personal space and she decided game-wise, she wanted nothing to do with it so I was…Great! I don’t have to pretend to like you anymore. We are done.”

John Powell: In campaigning to Christmas, Da’Vonne encouraged her to leave you on the block to face Tyler so you both could “battle it out”. What’s your reaction to that?

Bayleigh Dayton: “What the ‘battling it out’ was about was the fact that both Tyler and I felt like our games were hindered by us being in the house together. I could not play my game to its fullest while he was there. He couldn’t play his game to its fullest while I was there. That made him a little bit paranoid. It was just an extra added dynamic that did not need to happen. I was there to play the game. I didn’t want to have a Tyler and Bayleigh therapy reunion. (Laughs) We wanted the house to decide which way we were going because both of us couldn’t be there.” 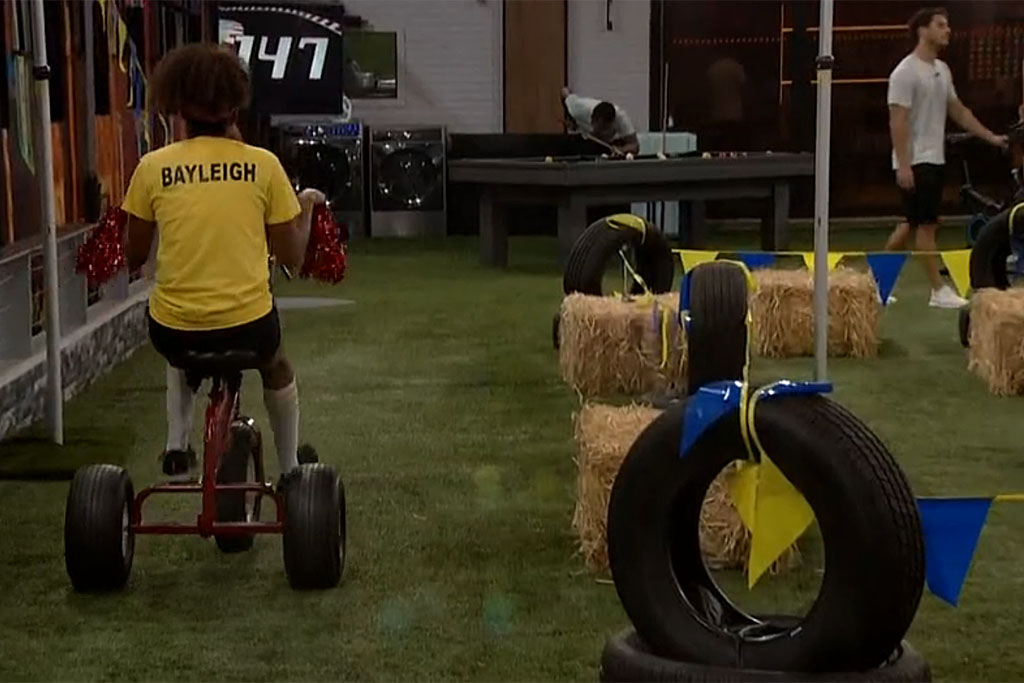 John Powell: You and Janelle had a tight bond in the house. I mean, she even let you borrow her clothes. (Laughs) What drew you two together?

Bayleigh Dayton: “Janelle is family forever. A queen supports a queen. We have a saying: It takes one to know one, real recognizes real. Janelle is a legend in the game and I really respected her. Let’s be honest, she thinks I am really cute. (Laughs) She thought I was adorable and wanted to dress me up. (Laughs) I was…Let’s play dress-up! She called me her Little Prodigy all the time because we have very similar personalities. We tell it like it is. We are very strong-willed women. People can be intimidated by that. She and I clicked immediately. She is my girl.”

Bayleigh Dayton: “Janelle can have that one herself. Absolutely not. I will never do Survivor. I literally think I would last 30 seconds. (Laughs) I don’t like bugs. I am open to doing the Amazing Race and would love to do some hosting on my own. I live in L.A. so I love the entertainment world.”