Ameerah still shocked by Taylor's treatment - globaltv
Your browser is not fully supported. We do our best to optimize our websites to the most current web browsers. Please try another browser. ×
IN PARTNERSHIP WITH

The biggest story of Big Brother 24 thus far has centered around the relationship Taylor Hale has with the rest of the house, particularly Daniel and Nicole. Their pretty much one-sided feud recently culminated in a dust-up over an off-handed comment Taylor made to Nicole.

Houseguest Ameerah Jones felt badly for Taylor and had her fearing Nicole and Daniel as a duo in the game. Ameerah was in the room for the initial comment that lit the powder keg of animosity and is still very confused by Nicole and Daniel’s reaction to it.

“I constantly felt like I was missing something because I was in the room for the comment Taylor made. She told Nicole that she could quit the game if she wanted to. Nicole took it all wrong. I didn’t even realize while I was in the room how wrong Nicole took it,” she recalled. “Later, I hear Nicole’s version of it and I’m sitting there thinking…Did I miss something? That’s not how I heard it.”

Ameerah says the entire heated situation put her in an awkward position when it came to balancing personal relationships, her emotions and her status in the game. 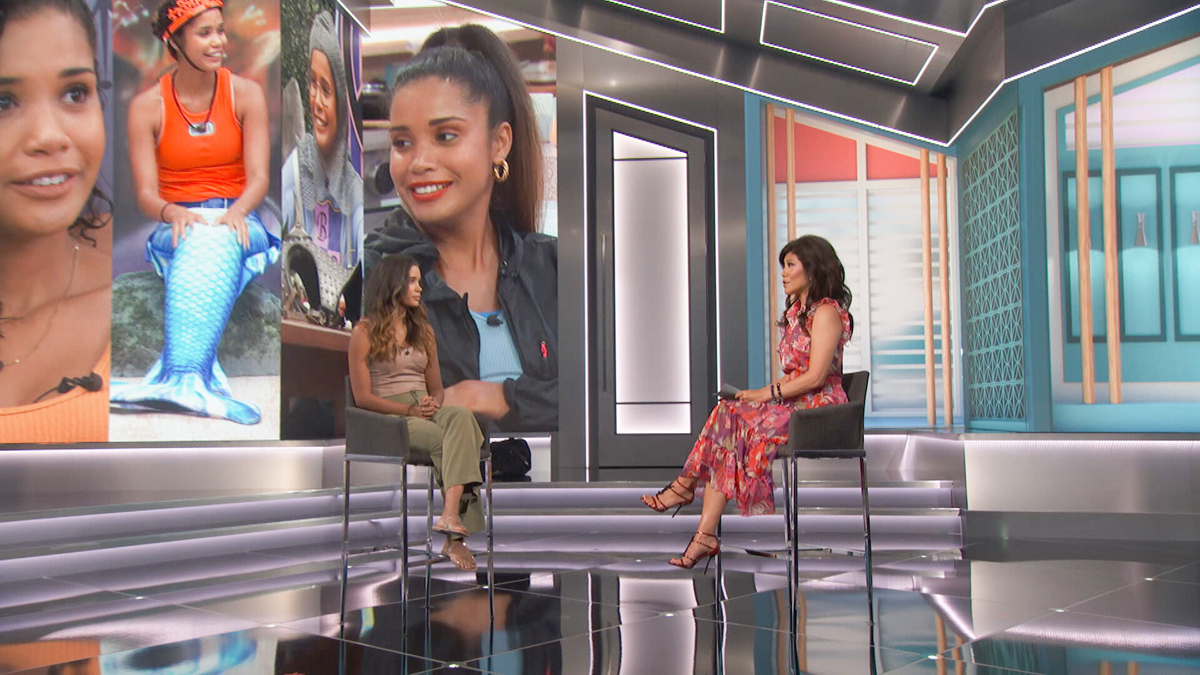 “I felt like the situation was so wrong but how could I manage it in a way where I don’t sink my own game? Yet, I still tried to do the right thing. I went to Daniel and Nicole. I spoke to them individually and then I had a one-on-one with Taylor. I told her that I agreed with her. I saw what happened. I was sorry and I told her to feel free to talk to me. I didn’t want her to feel alone. I checked on her through the week because that blow-up was insane and it made me not trust them and made me fear them, honestly,” she said.

It is no secret that Taylor has had a roller coaster of a ride in the Big Brother house. Ameerah was there to see the good, the bad and the ugly.

Taylor’s combative relationship with Paloma then erupted forcing the houseguests to choose between their alliance members and Taylor, who was quickly becoming a social outcast as everyone viewed her as a threat and an easy out. Ameerah sided with Paloma she was closer to her and believed what she said.

As for her own game, Ameerah thinks two things went wrong. Firstly, she picked the wrong allies.

“I think I allied with some of the wrong people in the beginning. I messed up. Alyssa was one of my close friends in the house and partners. I learned later on that she could not keep a secret. He had a hard time with that, as lovely as she is. She just had a hard time not talking too much. I feel like if I wouldn’t have had aligned with people like that then I maybe I could managed my game a little better,” she said.

Secondly, this season has a lot of houseguests who simply cannot keep sensitive information to themselves.

“It is like everyone is trusting everyone. Everyone feels like they have a good relationship with somebody that’s outside their alliance, including myself. If we all would have kept more secrets to ourselves that would have helped. I mean, Joseph was telling me yesterday about all the bad things that Turner was saying about me. Then, I learned that he was aligned with Turner! We definitely have some loose lips up in there,” she laughed.

Ameerah thinks those “loose lips” contributed to the creation of the Leftovers alliance that paved the way for her eviction last night.

“I felt betrayed because some of those people were in my main alliance. I’m like, holy cow! They knew about the girls! They knew about everything that I had going on and I did not know that this alliance was even forming,” said a shocked Ameerah.