Alyssa: Turner played a ‘dirty game’ - globaltv
Your browser is not fully supported. We do our best to optimize our websites to the most current web browsers. Please try another browser. ×
IN PARTNERSHIP WITH

Alyssa and Turner grew to be good friends in the Big Brother house to the point that Alyssa thought she had a solid three with her, him and Monte. Alyssa’s dream Big Brother finale turned into a literal nightmare last night though when Turner forced a tie vote and HoH Monte voted her out of the game.

“I still don’t think that voting me out was good for Turner’s game. I get how he could have upset Monte but at the end of the day Monte couldn’t win the next HoH and that is the only thing that secures him a seat on finale night. So, I think that game and friendship I was the best option to keep in the house. I think he made a big mistake,” she said to GlobalTV.com.

Looking back at all the people he betrayed along the way to the final phase of the game, including herself, Alyssa doesn’t think Turner has played an honest and respectable game.

“I honestly hope I see Turner follows me in the jury house because he should not have back-stabbed his best friend like that. He has done it to other people in the game as well and I just think that’s a dirty game. So, I’d love to see him come in right after me,” she said with a smile.

Kyle and Alyssa’s showmance began innocently enough with the two just flirting with one another and finally they paired off together. Kyle’s controversial statements in the house brought things to a grinding halt with Alyssa reconsidering her relationship with him.

Kyle told us he is hopeful their bond can be mended. 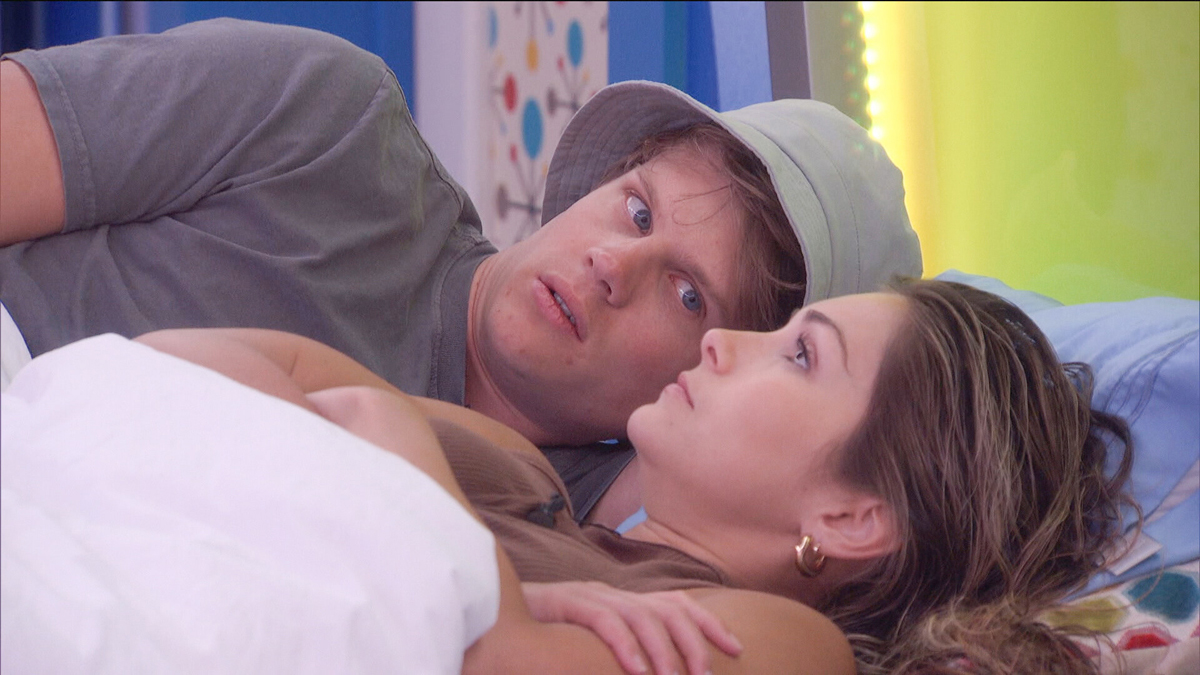 “Currently, we’re broken up. We plan on watching the full season to come to terms with everything that happened and find out the facts. Moving forward, I have hope that something might happen but that’s to be determined,” he said.

Alyssa agrees that she needs some time to figure out where they stand with each other.

“Things with Kyle and I are pretty rocky. We’re going to have to have a lot of open and honest conversations in the jury house and I’m going to have to touch base with family and friends who have watched it all play out. Then, we’ll make a decision going forward,” she said.

A long-time fan of Big Brother, Alyssa found it both fun and difficult to get off the couch and into the game. She saw the best and the worst of people during her stay in the Big Brother house.

“I think one thing that surprised me the most was how much I liked being around people. I work in marketing so after work I’m an introvert. I like to keep to myself but people in this house, I have been so used to being around them, and I feel very energized by them. That has been really, really amazing! Another thing that really surprised me is that when people have their backs against a wall they will say anything to protect themselves. It is a crazy thing to see in person,” she said.

Programming Note: This week, Big Brother will air at 8:30 ET on Sunday night and will not air next Wednesday. Thursday’s live eviction episode will air at its regular time.