Big Brother Spoilers: All-Star Pair Already on High Alert - globaltv
Your browser is not fully supported. We do our best to optimize our websites to the most current web browsers. Please try another browser. ×
IN PARTNERSHIP WITH

The Big Brother All-Stars haven’t even been in the house for 24 hours and for two of them the hardcore gaming has already begun.

Nicole Franzel, the winner of Big Brother 18, and Dani Briones from Big Brother 8 and 13, sat in one of the bedrooms comparing notes last night just a few hours after entering the house.

It seems as if they have a pre-game alliance.

Nicole told Dani that while in sequester she watched a few episodes of season 18 to remind herself of how she made it to the end of the game and won.

Dani asked Nicole how her social game was going so far.

“I am cool with everyone. What about you?” asked Nicole.

“She is very opinionated,” said Dani.

“I haven’t talked to her much,” Nicole admitted.

Nicole said she needs to make amends with Da’Vonne. Nicole likes Tyler. The pair agreed that it is good they are speaking and bonding with different people.

Nicole is glad she is sleeping in the same bedroom as Janelle as they really need to keep a close eye on her. 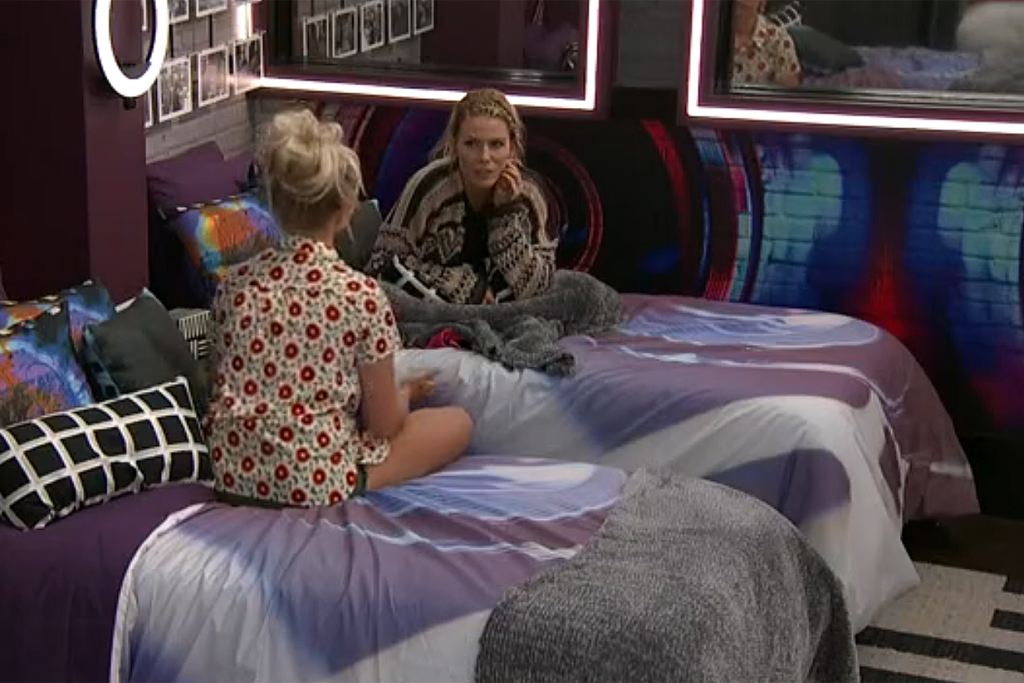 “Everyone is like fangirling over her and Kaysar in case they are together,” said Dani.

They laughed about Nicole Anthony inviting them to be on her podcast and “ghosting” her months ago. Nicole was shocked she is on this All-Star season. She was sure they wouldn’t have two ‘Nicoles’.

“I was really surprised to see her. And David, why is he here? I am very confused by that,” Dani laughed.

Dani noticed that Christmas is trying to downplay her gameplay and not appear as a threat to anyone.

“I think there is going to be a lot of people talking themselves down,” she surmised mentioning that Janelle keeps saying she didn’t actually play the game last time. She was only a coach.

“I am glad I am not HoH,” Nicole sighed.

“The people I thought I would put up are not here,” said Dani.

Nicole admitted she already had a speech planned if she won HoH and would have targeted those two people.

“And THEY are not here so that is great,” said Nicole.

Dani said Tyler is in shock because he really thought Kaycee Clark would be playing this season and she isn’t.

“I think he is caught off-guard. He and Kaycee are like BFFs,” replied Dani.

“We should go out there,” said Dani bringing an end to their discussion.

Cody is this week’s Head of Household and will be making his nominations in the next few days.